Update: More details are emerging on the armed robbery attack which took place in Lekki Phase 1 and transitioned to the Lekki-Ikoyi bridge today. The robbers reportedly attacked the FCMB Bank in Lekki Phase 1. The robbers are said to have arrived via speedboat and carried out a well orchestrated operation.

Right now, 4 causalities are being reported – 3 Policemen and a Fish Seller who were in the area as the robbers were coordinating their escape. However, we are awaiting official confirmation from the Police. Reports also confirm a gun battle between Police and the robbers on Admiralty Way and the Lekki-Ikoyi Bridge. 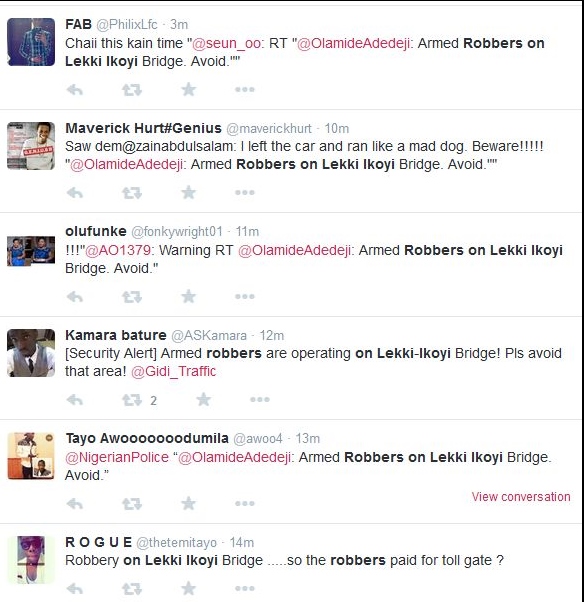 Are you around the area? Tell us what is going on.

Gov. Amaechi Says “God has Shown Us Who Will be President and It’s Not Jonathan”

African Entrepreneurs Under 22…Upgrade Your Business with a share of $75,000! Apply for the 5th Anzisha Prize Today