Rita Ora is Edgy & Glam in Jean Paul Gaultier & Veni Vici in London! Which Look Are You Loving? 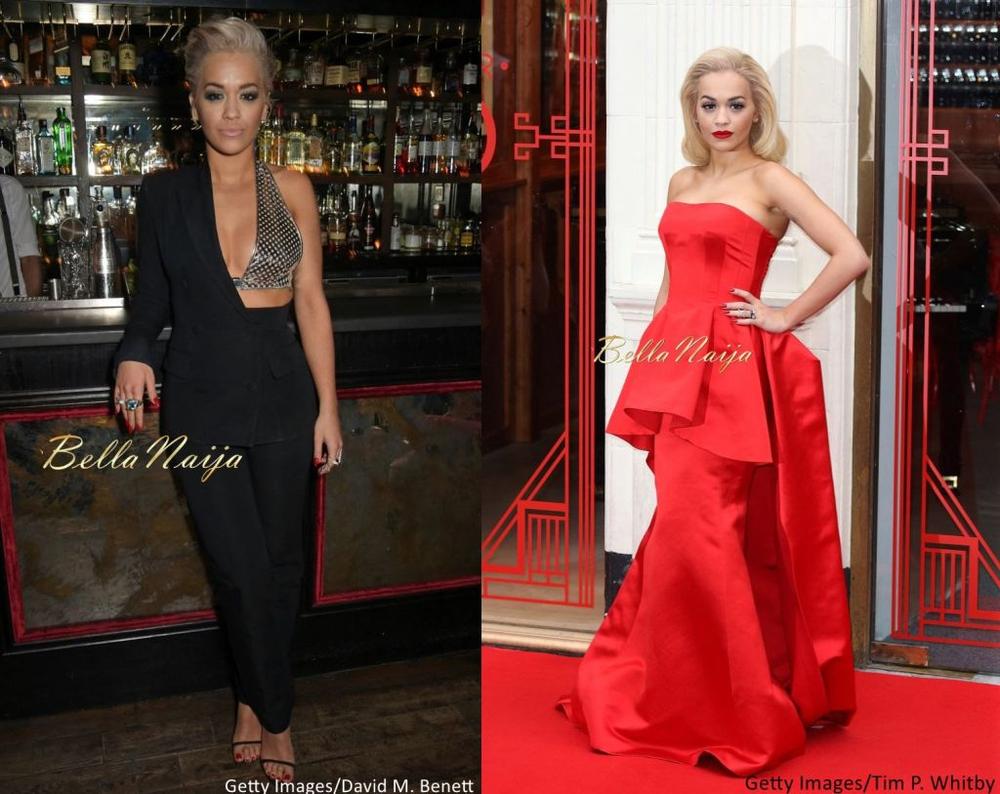 Rita Ora sure knows how to make an entrance!

She’s been getting a lot of buzz in both music and film for her appearance in the finale, and also featuring on the soundtrack, of the popular series – Empire; being a judge on The Voice; not to forget her cameo in the 50 Shades of Grey movie.

However, today we aren’t looking at her life on the screens but checking out her uber-fab fashion statements in London. The singer recently attended 2 events and made heads turn in 2 outfits – a black Jean Paul Gaultier pantsuit at The Voice Secret Gig at The Scotch Club Open Night; and a red Veni Vici Couture Duchess Gown complete with a train, for the Coca-Cola 100th Year Celebration of their iconic bottle.

It’s no surprise that she’s taking the fashion world by storm as her stylist, Jason Rembert, has been named one of the top 25 stylists in The Hollywood Reporter.

We love how she can switch from daring and edgy to sophisticated and glam like that! Check out details on her outfits below and let us know which you’re loving.

Outfit 1 – The Voice Secret Gig at The Scotch Club Open Night
Rita Ora attended the secret gig in London in a Jean Paul Gaultier pantsuit from the brand’s Spring 2015 collection, which features an asymmetrical double breasted blazer and trousers.

The look is edgy and was complemented with nude makeup, sultry eyes, edgy rings and her sandy blonde hair. 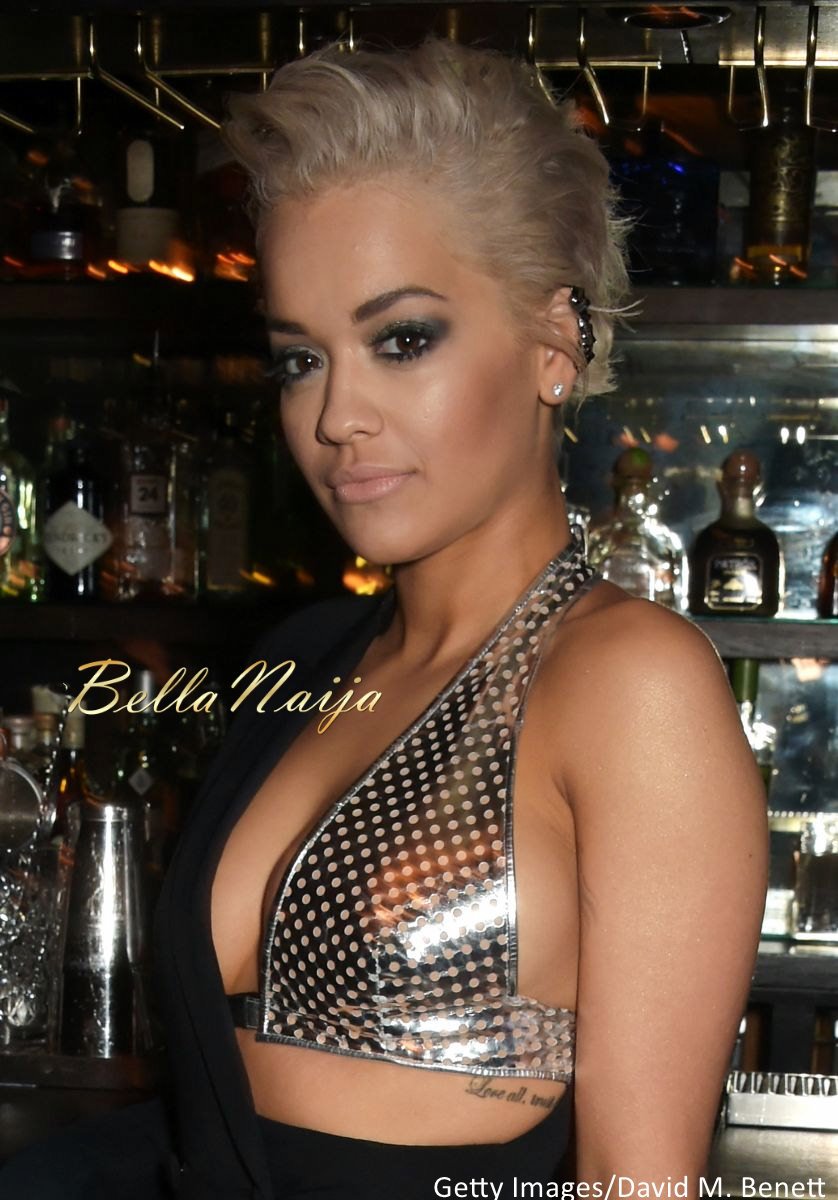 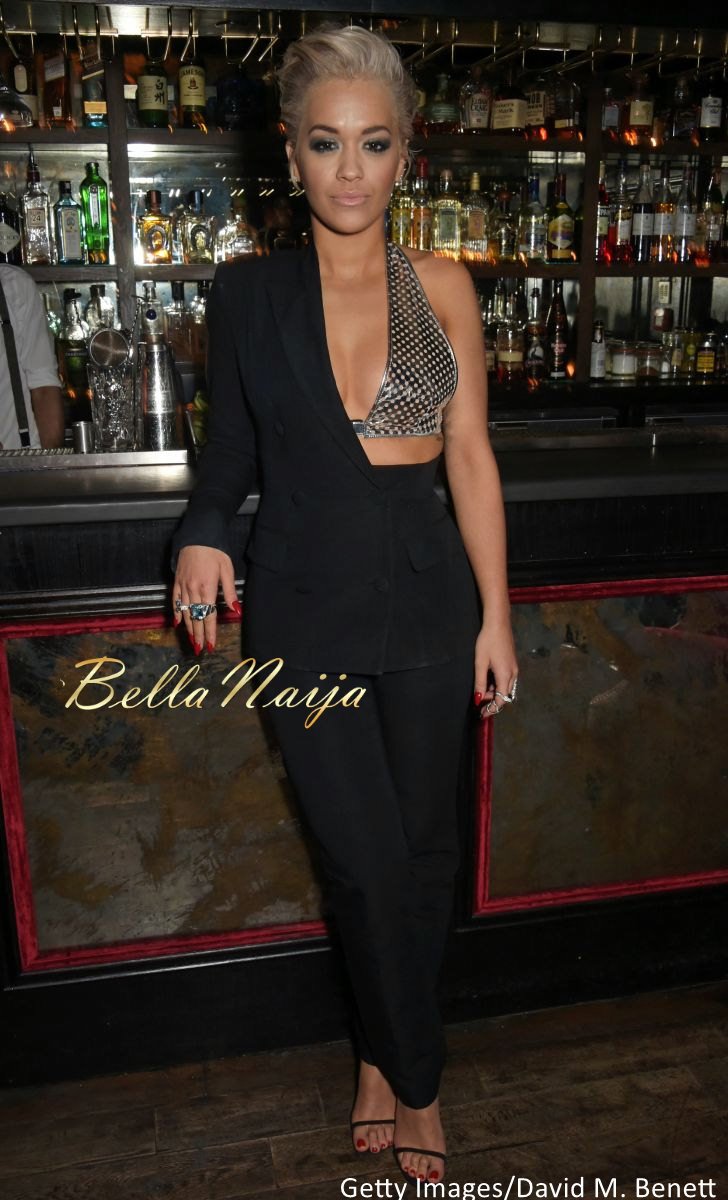 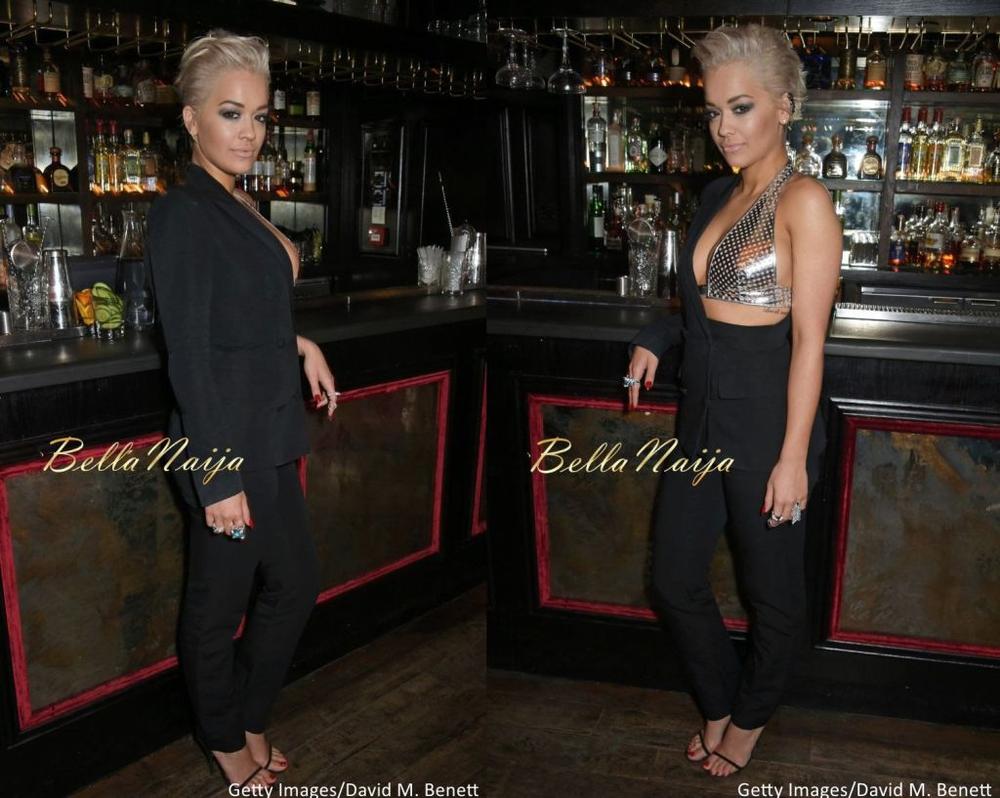 Of course the event wouldn’t have been complete without the other The Voice judges on call – Will I Am, Ricky Wilson & Sir Tom Jones. 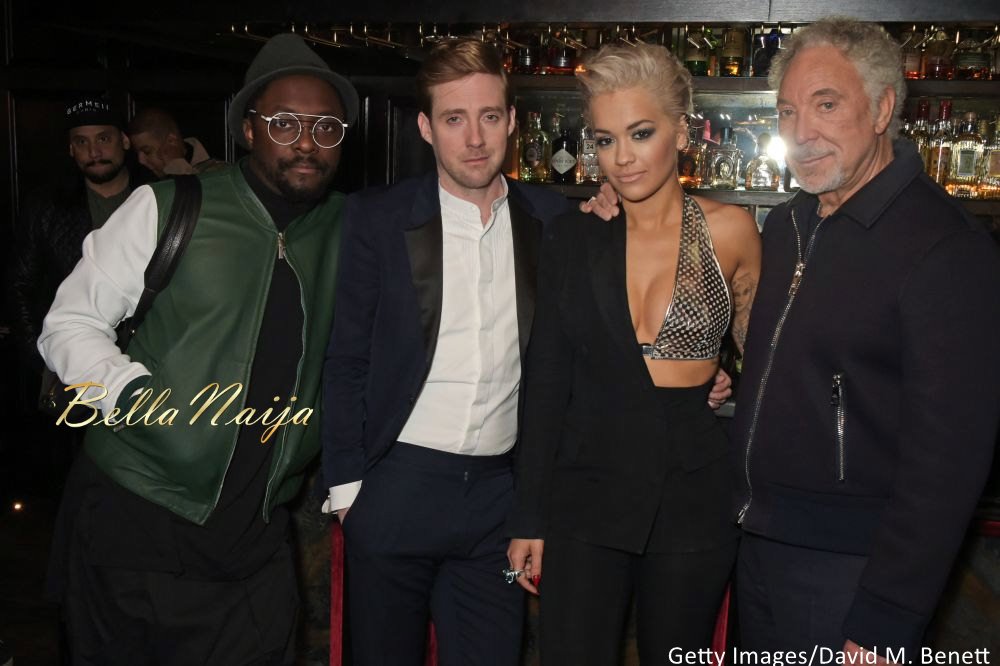 Will I Am, Ricky Wilson, Rita Ora & Sir Tom Jones

She let her sandy blonde hair down and complemented her dress with a bold red lip and flirty lashes for added glam. 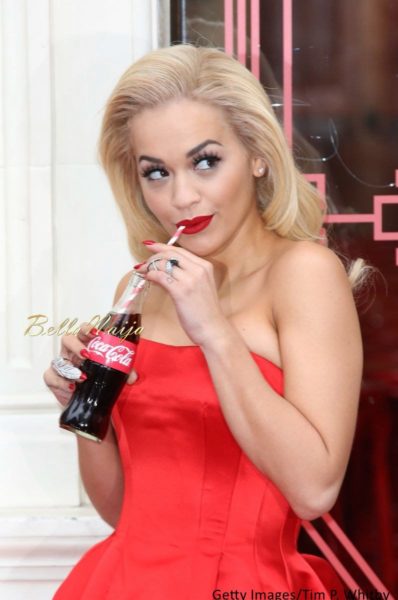 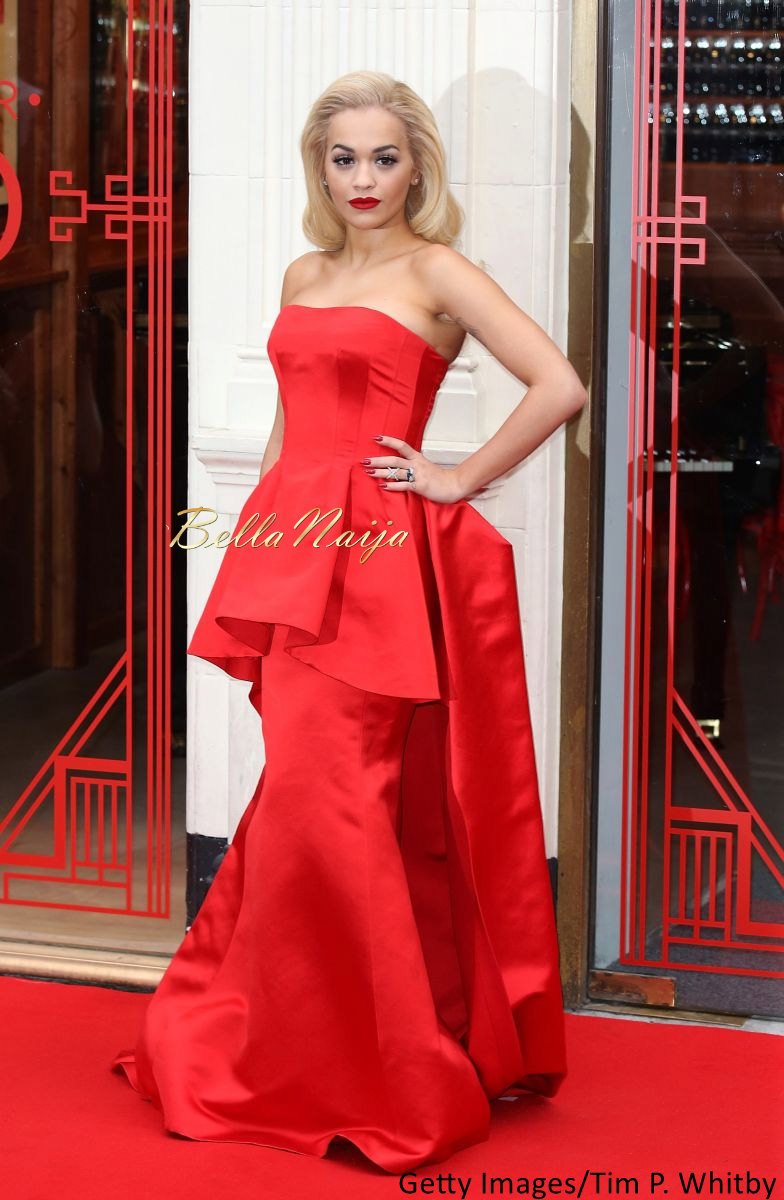 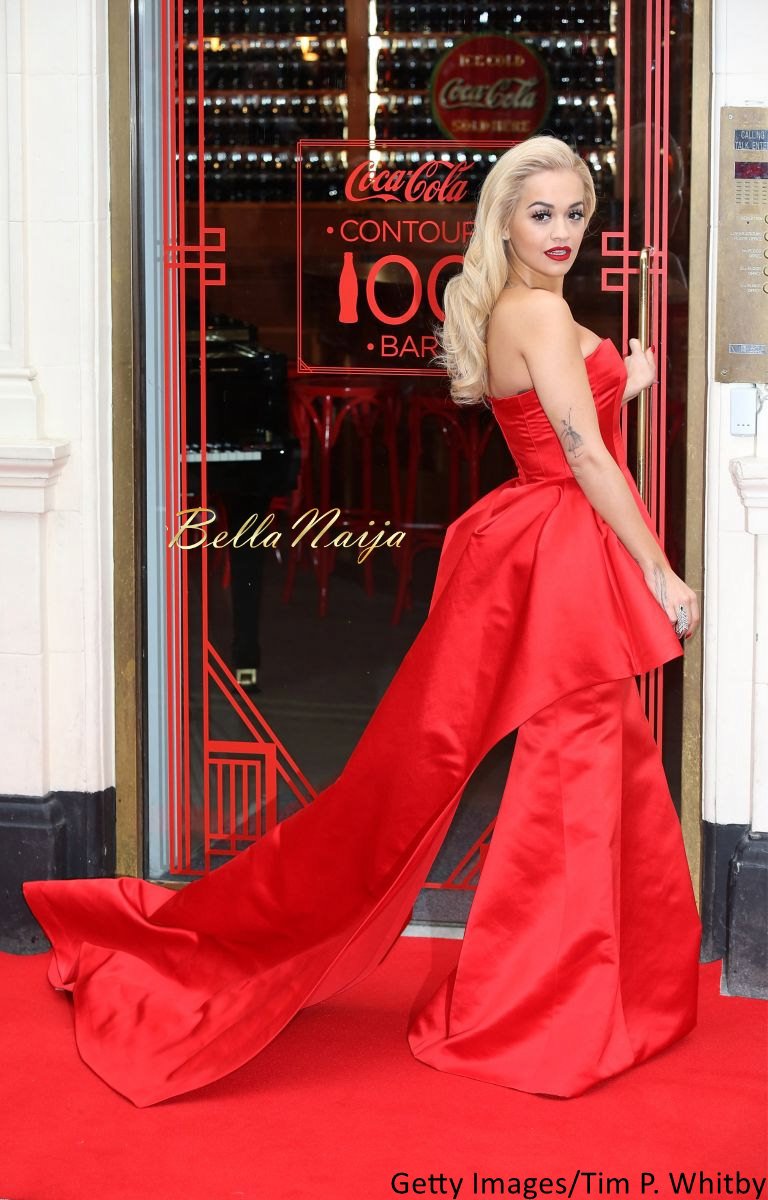 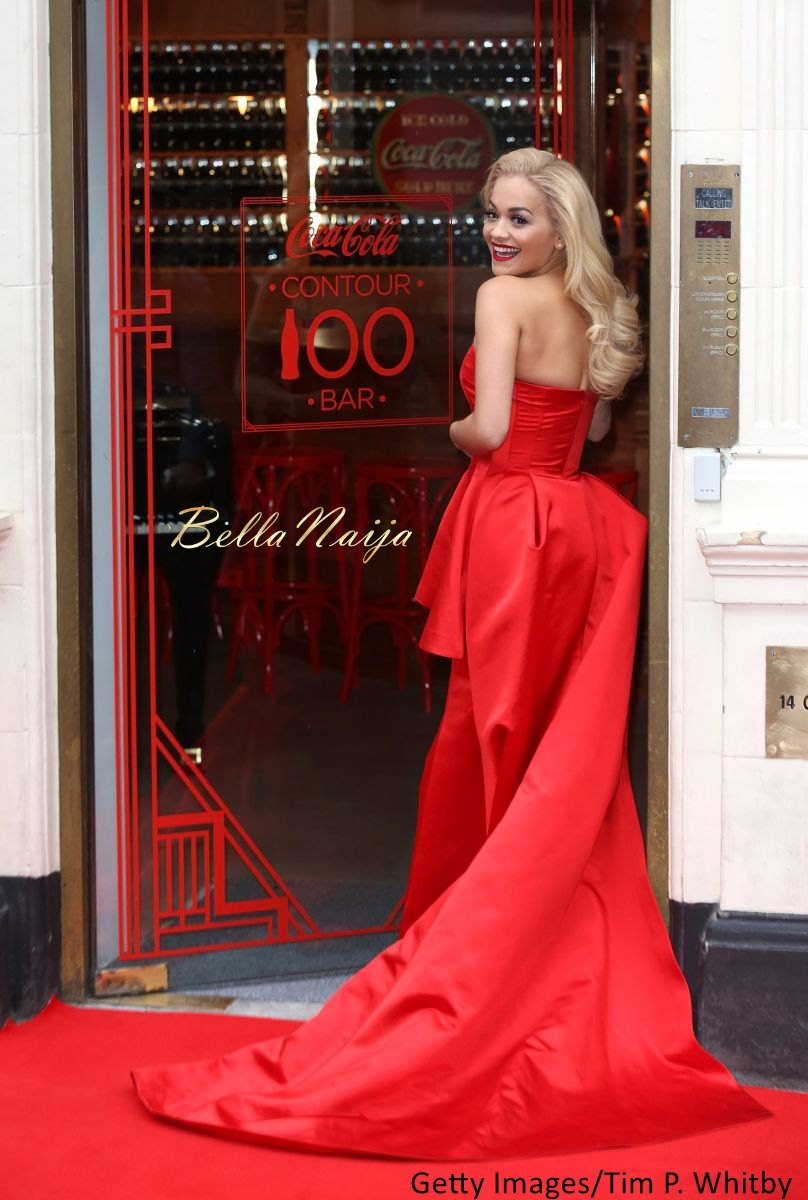 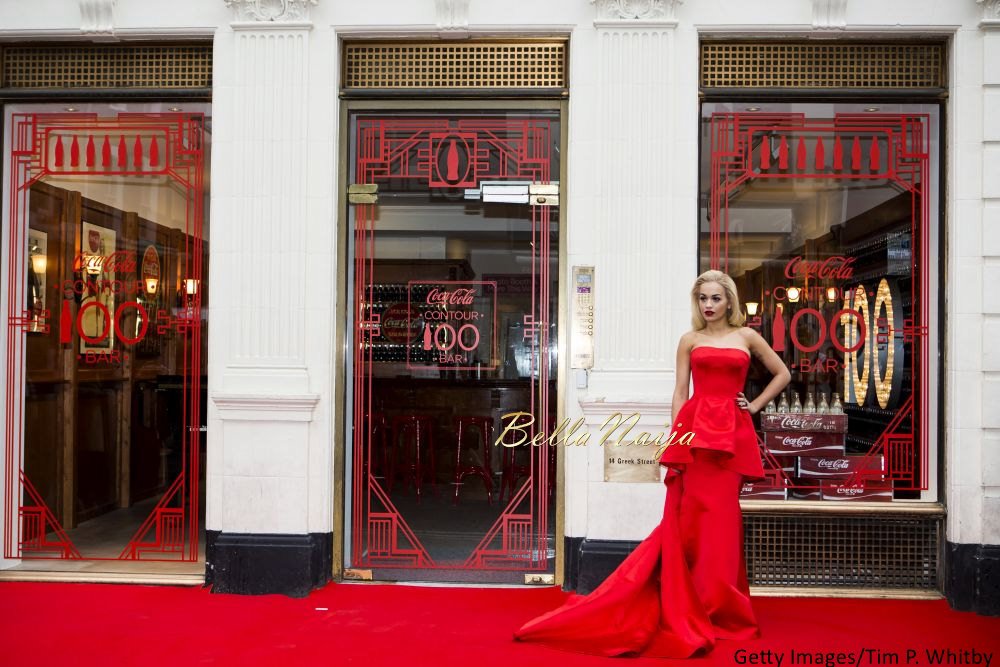 She also opened Coca-Cola’s Contour Centenary Bar in celebration of the bottle with some absolutely fabulous shots! 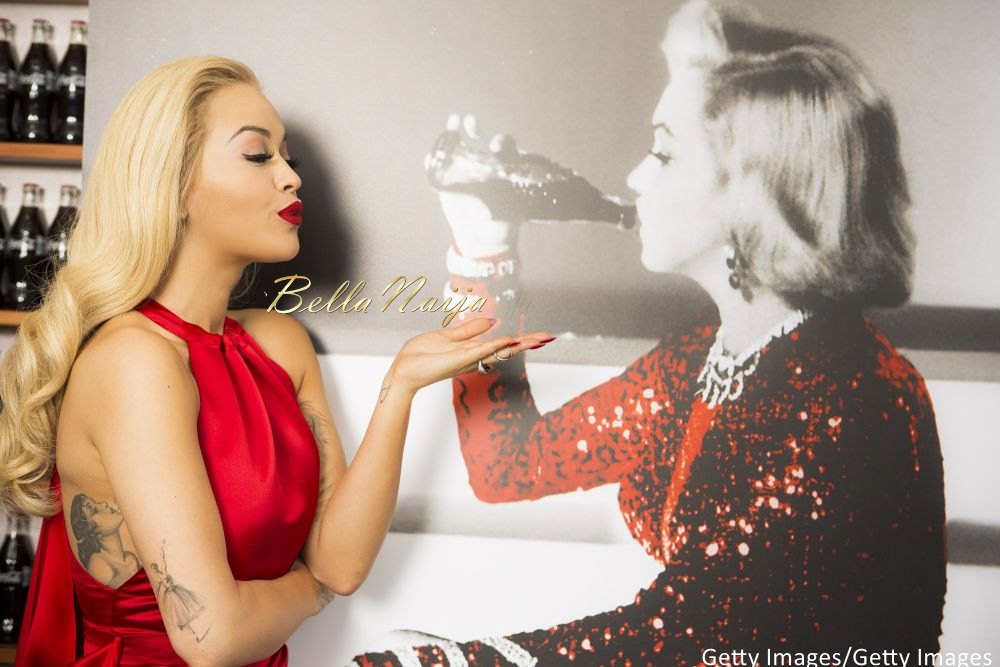 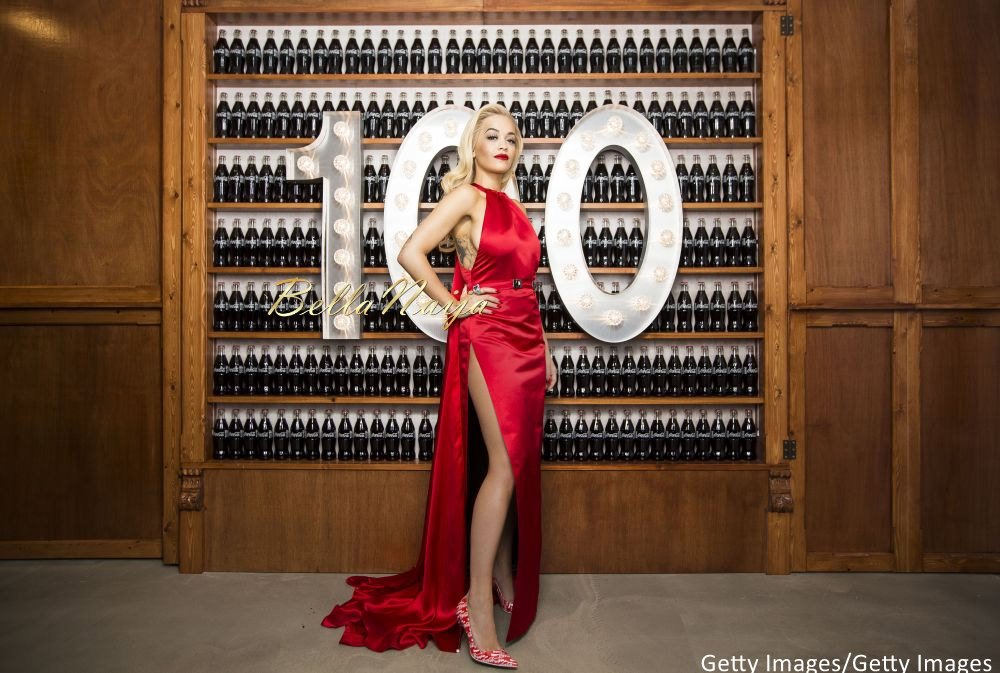 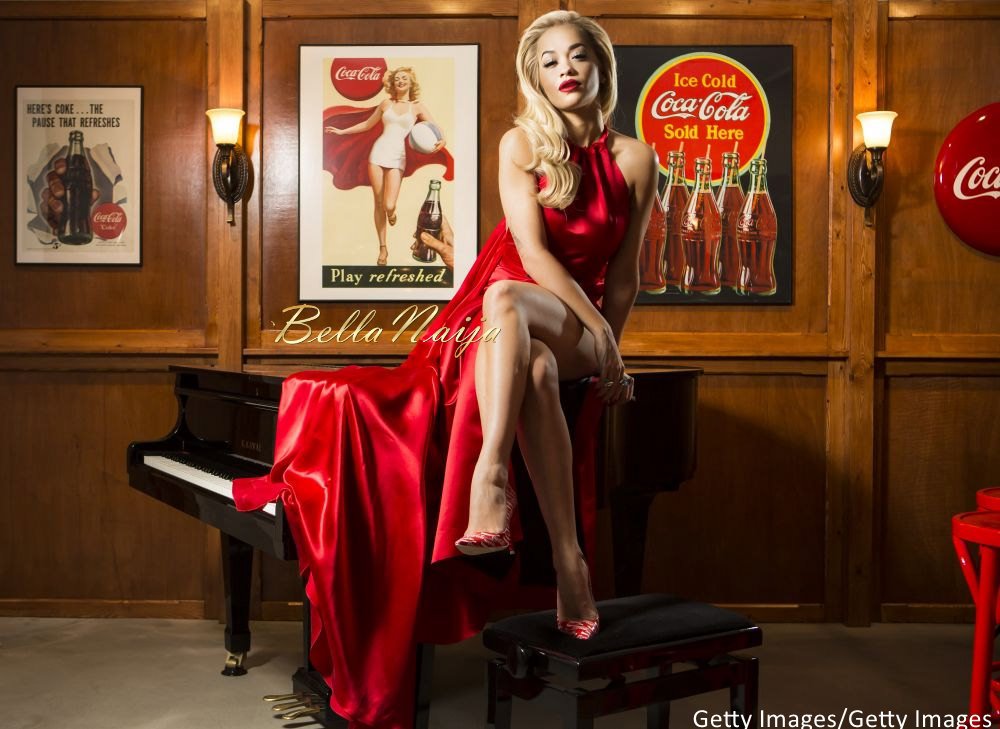 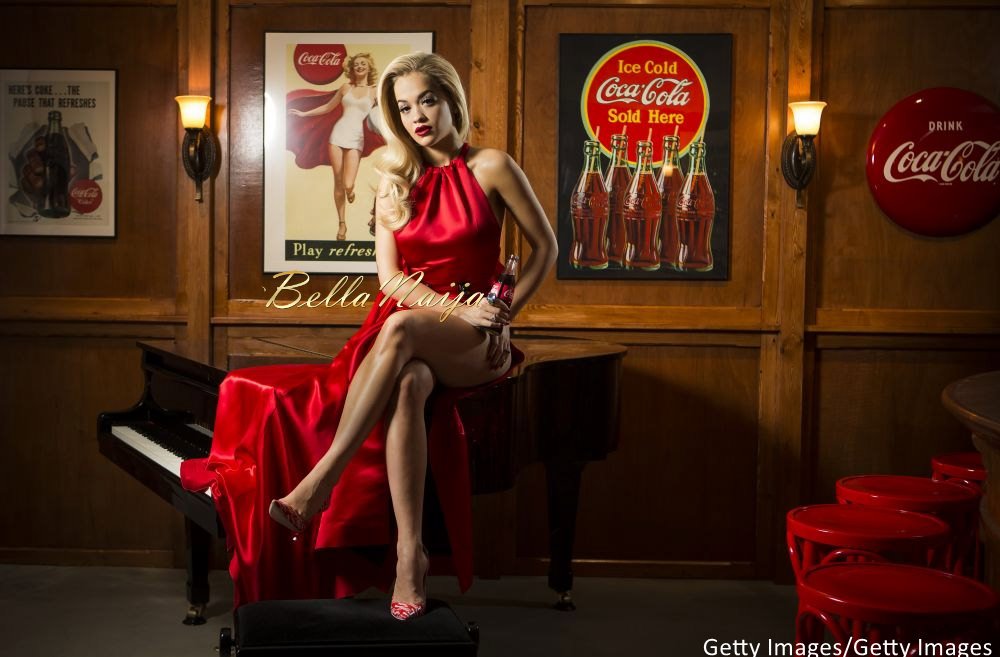 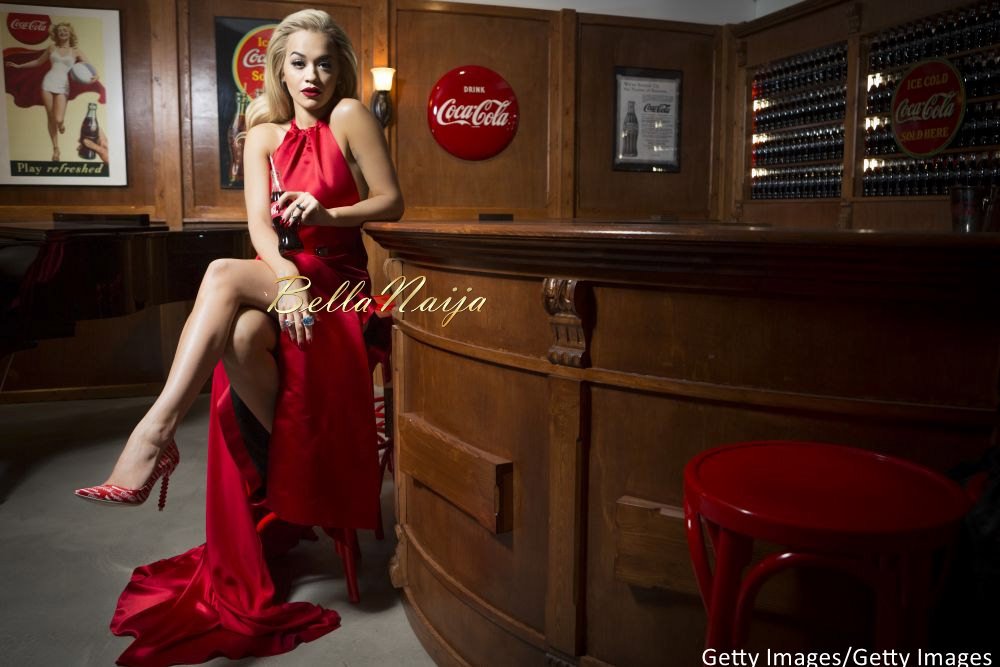 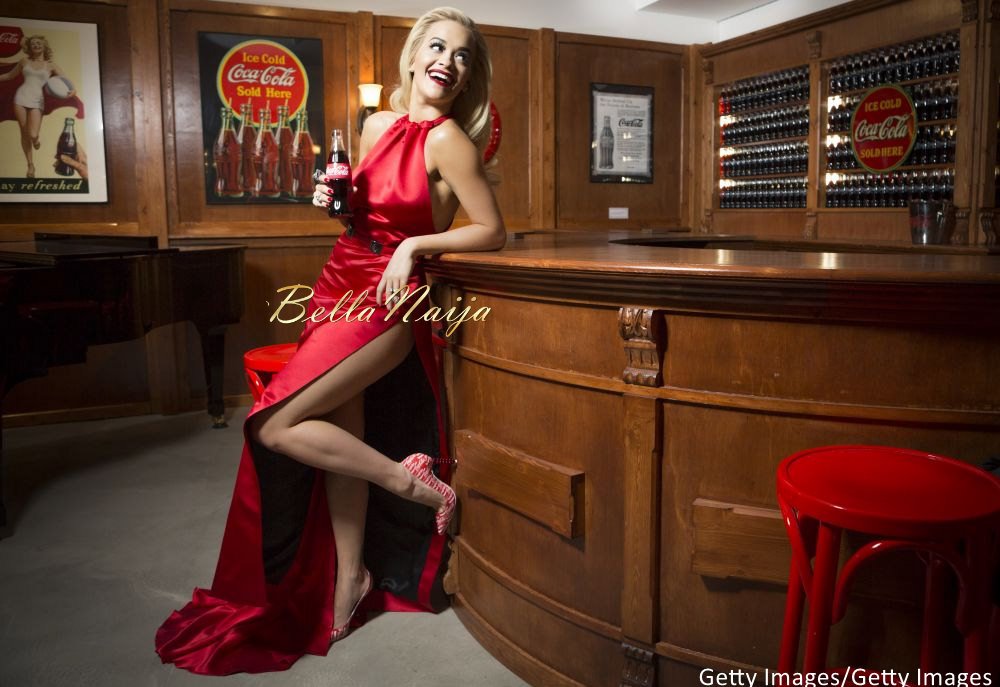 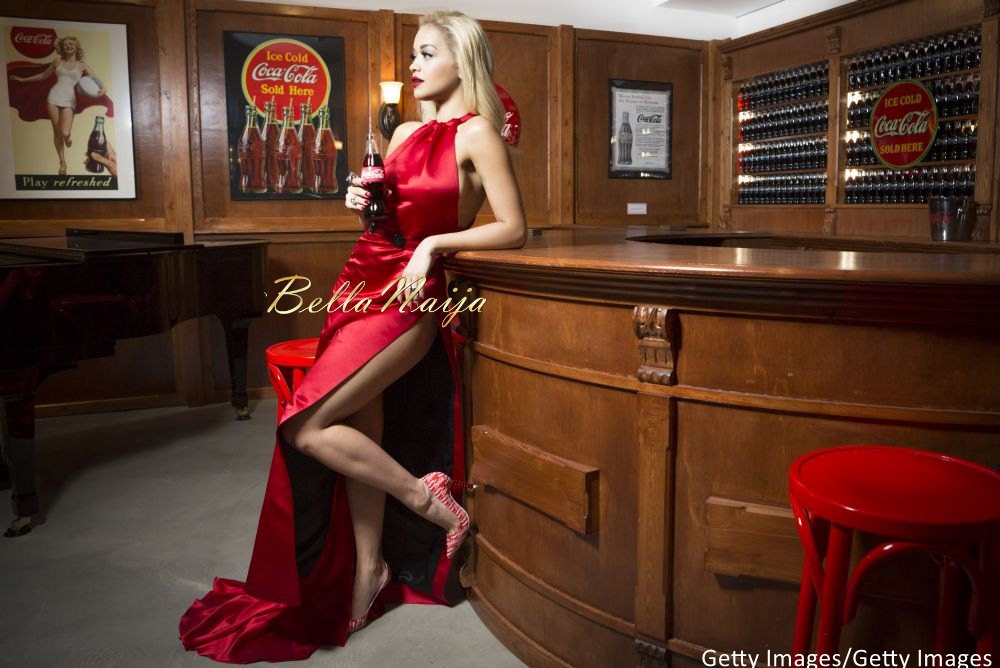 Tank to Kanye West on Kim K’s Nudes, “Stop putting this married woman’s assets all over the place”!