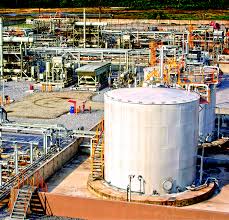 Seven Energy International Limited (“Seven Energy”), the indigenous Nigerian integrated gas Company has commenced the supply of gas to the 560 MW Calabar National Integrated Power Project (“NIPP”). The commercial delivery of gas to Calabar NIPP commenced in March 2015, and is being executed through Accugas, a wholly-owned subsidiary of Seven Energy. When operating at full capacity Calabar NIPP will increase national power generation by over 10%.

Gas is being supplied to the power plant from Seven Energy’s Uquo Gas Processing Facility in Akwa Ibom State through the Seven Energy pipeline network. The gas supply will enable the power plant to complete commissioning and start delivering electricity into the national grid.

Commenting on the achievement, Phillip Ihenacho, Chief Executive Officer, Seven Energy, said; “Delivering a cost effective and reliable gas supply is critical to providing sustainable power supply into the national grid to meet the government’s reform objectives and to facilitate industrial development. I am delighted that our ability to deliver an indigenous gas solution, from end to end is now being recognised by a broad range of industrial and power sector customers. Not only will the gas we supply drive enhanced power generation, but when combined with improvements in transmission and distribution it will also facilitate industrial and commercial developments which will have a far reaching impact throughout the community, stimulating industry and generating employment as a result.”

Steve Tierney, Managing Director, Accugas said “The Calabar NIPP is a major power plant in Calabar and a further endorsement of the quality and reliability of our services. Our strong capability across the region with ownership of gas reserves and pipeline infrastructure have enabled us to commercialise our gas assets, delivering a solution that the market has been demanding for many years. We are ready and look forward to adding more customers to our network across the South East of Nigeria, bringing affordable and reliable gas to a wider audience.”

Seven Energy has continued to champion an industrial gas revolution through the development and production of natural gas, and, critically, its commercialisation through investment in processing and distribution infrastructure, where the Company has invested over $1 billion in the south east region of the Niger Delta in the last 5 years.

With significant capacity built into its distribution infrastructure, the Company is capable of providing a long-term supply of gas to additional off takers for power generation and for local industry.
Since the commissioning of the Uquo Gas Processing Facility in 2014, Seven Energy has begun the supply of gas to other off takers such as the Ibom Power Company, Notore Chemical Industries Limited and the United Cement Company of Nigeria, also in Calabar.