Is this Real? Robbers Post Notice of their Imminent Visit to Port Harcourt Community - READ

This is both sad and hilarious.

There is a picture of a notice purportedly written by armed robbers, which is circulating online. The notice was reportedly posted on one of the walls on Friday Street, Rumuapu GRA, in Rukpokwu, in Port Harcourt.

Here’s a picture of the notice: 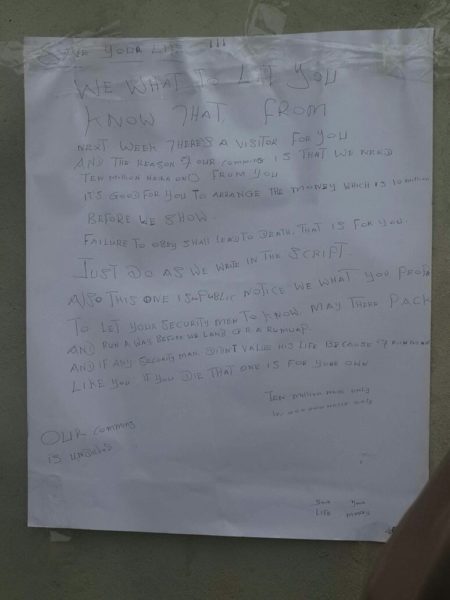 Save your life
We what to let you know that from next week there’s a visitor for you and the reason of our coming is that we need ten million naira only from you. It’s good for you to arrange the money which is 10 million before we show. Failure to obey shall lead to death, that is for you.
Just do as we write in the script. Also this one is for public notice we what you people to let your security men to know, may there pack and run a way before we land g.r.a rumuap. And if any security man didnt value his life becuase of rich man like you, if you die that one is for your own.
Our coming is undated.