Ubi Franklin on Dating Emma Nyra – ‘That relationship made me cut off a lot of people and...like everybody wanted the same cake I was having’ 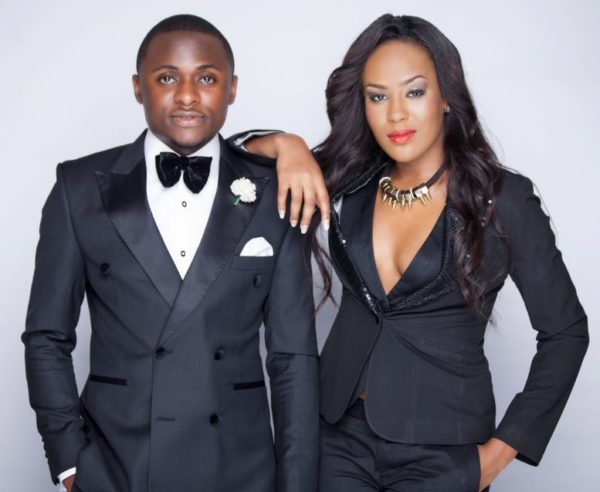 In a very open interview with The Cable, Triple MG boss Ubi Franklin confirms his relationship with Emma Nyra while also talking about what made them break things off as well as the lessons he has learned from that relationship.

He also talks about his soon-to-be wife, Lilian Esoro – how they met, why their relationship was not publicized and much more.

On dating Emma Nyra: I was dating Emma Nyra and the relationship didn’t go as I thought it should have gone. When you’re dating somebody and you are the boss, there are things you can’t tell your wife or your girlfriend. But if you say it to an employee you are dating, they tend to misbehave. Like, if you tell the others to do something, they will obey without thinking about it. It’s not only me but it has happened to a lot of people, but that is the business lesson I’ve learnt in my life…That relationship made me cut off a lot of people and it also made me feel like everybody wanted the same ‘cake’ I was having. I spent a lot of time trying to beef people when I am not supposed to. It really dealt me a big blow. I decided in the end that it doesn’t make any sense and we both understood that and moved on.

On building Emma Nyra’s music career: I am just praying to God that everything goes well because I have really tried. I don’t think that I have spent as much money on Iyanya as I’ve spent on Emma Nyra. Emma has like nine videos at about N3.5m. She has a lot of materials out there. For Emma, I just believe that when God says it’s her time, it’s her time. I’ve tried to fix the whole American thing for a while but I still pray God gives her the hit I think she deserves because I’ve spent a lot of money on her.

On meeting Lilian Esoro: I met Lilian, my fiancee, at a friend’s party a few months ago, towards the end of last year. I’d been seeing her around before then but I’m a one-woman-one-man kind of guy. I don’t know how some people feel about that. If I am dating one person, I am all about that person. I’ve seen her a couple of times at events because I know she used to work for AY. I used to wonder who she was but I just passed by. But God just finally said we should get talking. The first day I met her, I told her I was going to marry her because her environment was so good for me.

On their personal lives: I met her after I had broken up with Emma, about four months after. Immediately I saw her, I said ‘You are my wife’. She took it like ‘I don’t know what this guy is saying’. She’s everything I can ever ask God for. She’s very brilliant, she can cook. She’s usually quiet and more reserved. She’s not one of those actresses who are just out there and all over the place. She’s very subtle with everything she does. Even to post pictures on Instagram. The reason many people never knew we were dating is that she didn’t want us to post any pictures on Instagram. I wanted to put up pictures but she told me that if we made it a social media relationship, then it wouldn’t last.

Ubi Franklin’s interview seems quite different from a recent interview Emma Nyra had with Golden Icons where she denied ever dating him (click here if you missed it).

Obi Somto Writes Open Letter to Models, Says ‘My Passion and Love for Photography Trumps My Desire for Sex’