After winning 8 out of 14 nominations at yesterday’s 2015 Billboard Music Awards, 25-year-old Taylor Swift stays winning and has landed the number one spot on Maxim’s ‘Hot 100’ list for 2015.

In her chat with Maxim she talks about nabbing the number 1 spot on the list, her strong feelings about feminism and more. 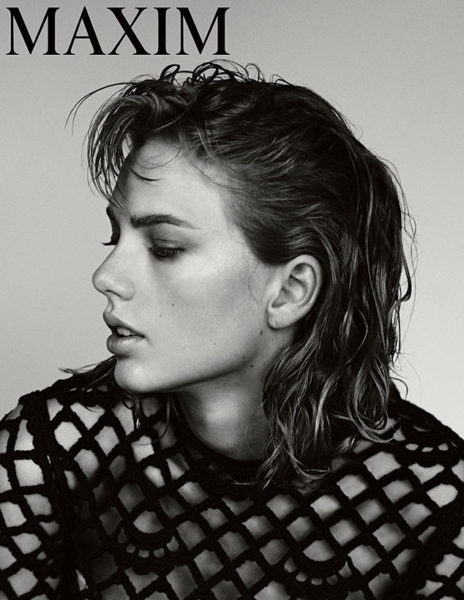 On being named number one: It’s really nice and such an incredible compliment. This year has been my favorite year of my life so far. I got to make an album exactly the way I wanted to make it. I got to put it out exactly the way that I dreamed of putting it out. Every one of these kinds of whims and ideas came to fruition. The videos—I’m proud of those, I’m proud of the tour, I’m proud of the way this has all happened. In the midst of all that, this is really nice. It really feels like a wonderful celebration of my favorite year.

On feminism: Honestly, I didn’t have an accurate definition of feminism when I was younger. I didn’t quite see all the ways that feminism is vital to growing up in the world we live in. I think that when I used to say, “Oh, feminism’s not really on my radar,” it was because when I was just seen as a kid, I wasn’t as threatening. I didn’t see myself being held back until I was a woman. Or the double standards in headlines, the double standards in the way stories are told, the double standards in the way things are perceived. A man writing about his feelings from a vulnerable place is brave; a woman writing about her feelings from a vulnerable place is oversharing or whining. Misogyny is ingrained in people from the time they are born. So to me, feminism is probably the most important movement that you could embrace, because it’s just basically another word for equality.

On having so many best friends: Thankfully, 10 years into my career now, I’ve learned how to work in a smarter way. You have to have time to breathe and have a happy life, and friendships are so important to me. Thankfully—thanks to the fans—now we get to play stadiums, so we do two or three stadium shows a week. I’ll see my friends in whichever city I’m closer to.

You can read up her full feature with Maxim here.