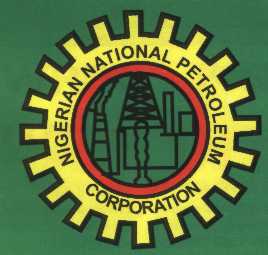 According to details revealed during a Federal Economic Council meeting on Monday, the Nigerian National Petroleum Corporation, (NNPC) generated about N8.1trillion between 2012 and May 2015, but paid only N4.3trillion to the federation account.

The balance of the oil money — about N3.8trillion — was withheld and spent by the NNPC unilaterally without approval or National Assembly appropriation.

From November 2014, about $2.1billion was withdrawn from the excess crude account without the approval of the National Economic Council, NEC.

following the discovery, the NEC has set up a four-member committee to comb the books of the NNPC to confirm its remittances and how the excess crude account was utilized.

President Muhammadu Buhari dissolved the board of the NNPC on Friday, to pave way for full investigation of the corporation.

“This [the meeting] has never happened before and for us this is profound. We are talking about transparency, we are talking about change. And what we saw from those numbers I believe that Nigerians are entitled to know, is that whereas the NNPC claimed to have earned N8.1 trillion, what NNPC paid into the federation account from 2012 to May 2015 was N4.3trillion.

What it means is that NNPC withheld and spent N3.8 trillion.

The major revelation here is that for the entire federation — that is the federal government, the states and all the 774 local governments — the amount the NNPC paid into the federation account for distribution to this three tiers of government came to N4.3 trillion and NNPC alone took and spent N3.8 trillion. Which means the cost of running NNPC is much more than the cost of running the Federal Government. That tells you how much is missing, what is mismanaged, what is stolen, they are huge figures.”

“Mysterious” Disappearance of Funds in the Excess Crude Account

Oshiomhole further revealed that some funds mysteriously disappeared from the excess crude account.

“We looked at the numbers for the Excess crude account, the last time the Minister of Finance and Coordinating Minister of the Economy reported to the Council and it is in the minute, she reported by November 2014, that we had $4.1 billion.

But today the Accountant General Office reported we have $2.0 billion. Which means the Honorable Minister spent $2.1billion without authority of the NEC. And that money was not distributed to states, it was not paid to the three tiers of government. This is why the NEC has set up a panel to look at what accrued, what it was spent for, when and by whom. So that Nigerians will have the full picture of all the transactions as regards the much talked about Excess crude,” Oshiomhole said.