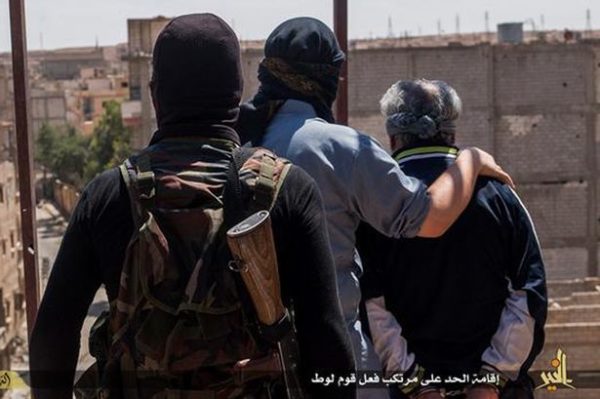 The killings were shown in a shocking video released by the group. The video shows four gay men being thrown to their deaths from the roof of a building, UK Mirror reports.

Sources say the footage was posted on the same day of the Supreme Court ruling.

Due to the graphic nature of the video, we will not post it.

Buhari Rumoured to be Delaying Naming Ministers Until September