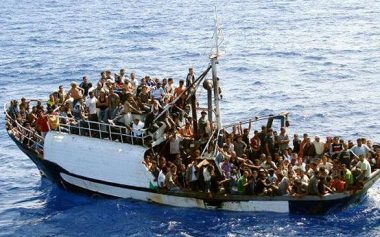 The Italian Coast Guard on Monday in Rome said no fewer than 2,900 immigrants were rescued on Sunday from the central Mediterranean.

It described the operation as one of the biggest single-day tallies, since Italy began experiencing a record influx of refugees and asylum seekers from North Africa.

In 2014 more than 170,000 undocumented immigrants landed by boat in Italy, an unprecedented number.
The guard said Italian authorities foresee over 200,000 arrivals in 2015.