Maje Ayida to Alleged Mistress Anita Solomon, "I Have Taken Your Virginity. U R Mine Forever!" 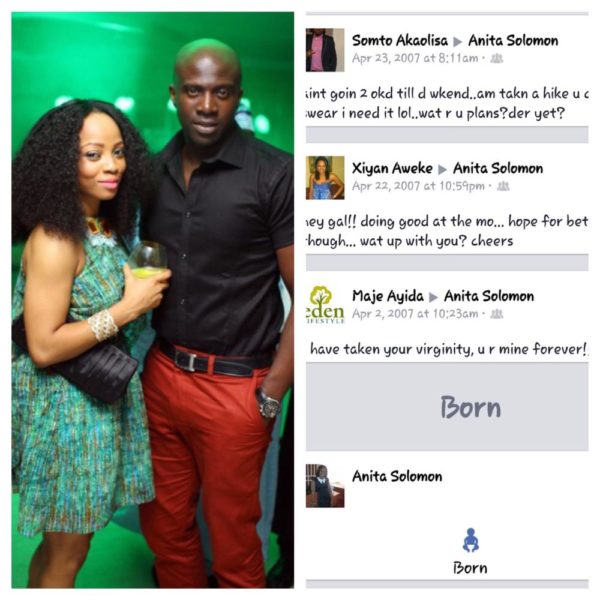 There was quite a lot of drama surrounding Toke Makinwa and husband Maje Ayida over the weekend. See here and here.

In a bid to put more credibility to the story, an old conversation between Maje Ayida and alleged ex-girlfriend Anita Solomon has surfaced on Stella Dimikokorkus’ blog where Maje comments ‘I have taken your virginity…u r mine forever!!!’

Aunty Bella: Miss. Does He Want Me or My Citizenship?