The official portrait of Rivers State Governor Nyesom Wike‘s wife, Eberechi Suzette Nyesom-Wike was recently released, and it has got people talking. 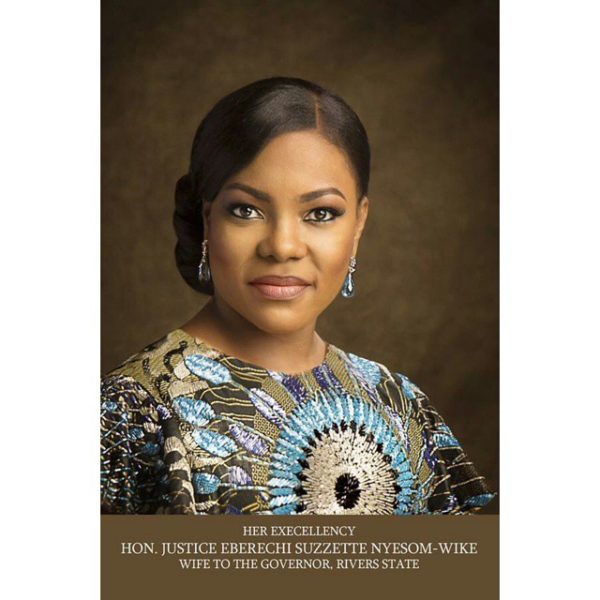 Here is what some people are saying about the portrait:

Rivers state first lady is beautiful but can you tell what’s wrong with her official portrait?: Hon. Jus… http://t.co/lu94qFdHQ3

Just saw the official portrait of the First Lady of rivers state nd then that of Lagos state nd ogun state fine women ??