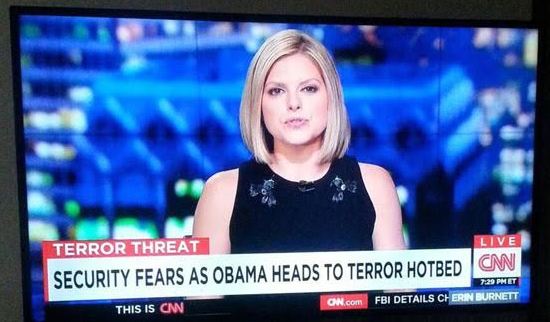 #SomeoneTellCNN is currently trending on Twitter, after CNN described Kenya as “a terror hotbed,” during a news report, in which it was revealed that Obama would be visiting the country.

Kenyans are not pleased with the description, and have taken to Twitter to express their displeasure. Here are some tweets:

#someonetellcnn Kenya is not somalia; stop shitting our country with inaccurate news!

RT @konkolo #SomeoneTellCNN that the last time a Kenyan made a bed hot, it produced a US President

#SomeoneTellCNN if Kenya was terrorism HOTBED these pets of ours won’t be “catwalking” freely like this. pic.twitter.com/4P9gBUCiw7

#SomeoneTellCNN We have a strong big heart and their rumours cant break us down. Straight love to my beloved kenya pic.twitter.com/1GjdmqwVZb

#SomeoneTellCNN that there have been terror attacks in France, Thailand and South Carolina.

#SomeoneTellCNN that the only hotbed Kenya is is one of promise, endurance and opportunity. pic.twitter.com/PurDPnt5b3

Own Your Style, Be Yourself! Avant-Garde Fashion Shoes for the Fun, Fearless & Feminine