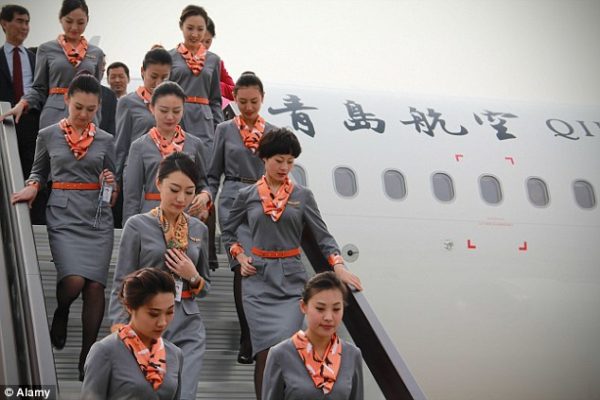 Chinese airline, Qingdao Airlines, reportedly prevented a flight attendant from boarding one of its planes because she was deemed “too fat.”

The banned attendant is said to have exceeded the airline’s height-to-weight ratio requirements.

Although the airline admits to having stringent weight requirements, it however denies sacking any employee for this reason.

They must also be under the age of 30.

“We are concerned that exceeding weight standards will compromise the ability of cabin crew members to respond in emergency situations, and we hope the crew can maintain good body shape,” the airline representative told said.

In other news, Uzbekistan Airways announced early this month that all passengers will have to stand on weighing machines with their personal luggage after they have checked in.

The company has promised not to reveal the weight of individual passengers.

But it will mean some overweight people could be excluded from busy flights on smaller planes if limits are exceeded.

INEC to Conduct Voter Registration in Kogi & Bayelsa From Sept. 2 to Sept. 7