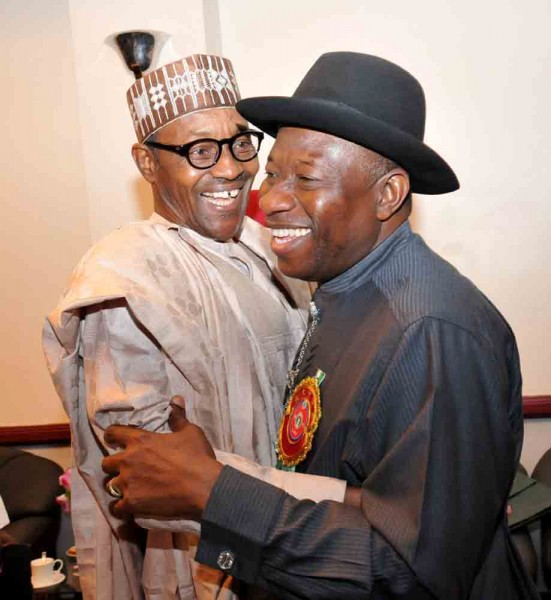 A few ministers who served under the former President Goodluck Jonathan‘s administration have released a statement telling President Muhammadu Buhari to give the ex-commander-in-chief his due respect.

According to multiple news outlets including Punch and Vanguard, the former ministers claim that members of the All Progressives Congress have been condemning, and undermining the efforts of Jonathan.

Dr. Abubakar Suleiman, the former Minister of National Planning, on Sunday 30th August 2015, revealed this information on behalf of the other ministers

According to Suleiman, members of Jonathan’s administration have all been portrayed as “as corrupt and irresponsible, in an orchestrated and vicious trial by the media.” He also said that this portrayal has created “a lynch mentality that discredits our honest contributions to the growth and development of our beloved nation.”

“We, the ministers who served under the President Goodluck Jonathan administration, have watched with increasing alarm and concern the concerted effort by the Buhari administration and members of the APC to condemn, ridicule and undermine the efforts of that administration, in addition to impugning the integrity of its individual members.

While we concede that every administration has the right to chart its own path as it deems fit, we nevertheless consider the vilification of the Jonathan administration, to be ill-intentioned, unduly partisan, and in bad faith.

We are proud to have served Nigeria and we boldly affirm that we did so diligently and to the best of our abilities. The improvements that have been noticed today in the power sector, in national security and in social services and other sectors did not occur overnight.

They are products of solid foundations laid by the same Jonathan administration.

For the benefit of those who may have forgotten so soon, it was the Jonathan administration that got rid of the fraud in fertiliser subsidies, which had plagued the country for decades. This helped to unleash a revolution in agricultural production and productivity.

It was also under the Jonathan administration that a Nigerian Content policy was introduced, which opened up that sector to Nigerians in a manner that was not previously the case.

It was also the Jonathan administration that mobilised and secured the support of our neighbouring countries to ensure a robust multinational response to the menace of terrorism and insurgency, resulting in notable advancements in the fight against terror.

President Jonathan personally initiated the collaboration that led to this advancement and ensured that Nigeria provided the needed financial support for the Multinational Joint Task Force.

It was the Jonathan administration that repaired and rehabilitated over 25, 000 kilometres of our nation’s roads.

It was under President Jonathan, for example, that Nigeria’s electric power sector became more competitive and attractive to local and foreign investments.”

No administration can be either completely bad or completely good. President Jonathan’s achievements in moving this country to greater heights deserve to be duly acknowledged.

We urge President Muhammadu Buhari to build on these achievements.

The various lies and fabrications being peddled by some self-appointed spokespersons of the administration may entertain the unwary” but added that such sensationalism may achieve the unintended effect of de-marketing the country within the international community.

But we are constrained to speak up in defence of the legacy of the Jonathan administration, and shall do so again, for as long as those who are determined to rubbish that legacy, are unrelenting in their usual deployment of blackmail, persecution and similar tactics.“

Garba Shehu, the Senior Special Assistant to the President on Media and Publicity, responded to the statement by Jonathan ministers, saying the issue of fighting corruption by Pres. Buhari is not negotiable.

He said “This war against corruption knows no friend nor foe. There is no intention to deny anyone of their good name where they are entitled to it and President Buhari reserves the highest regards for the country’s former leaders, including Dr. Goodluck Jonathan, who he continues to praise to the high heavens for the way and manner in which he accepted defeat in the last election.”