Malaysia Airlines to Meet with Chinese Families of MH370 victims 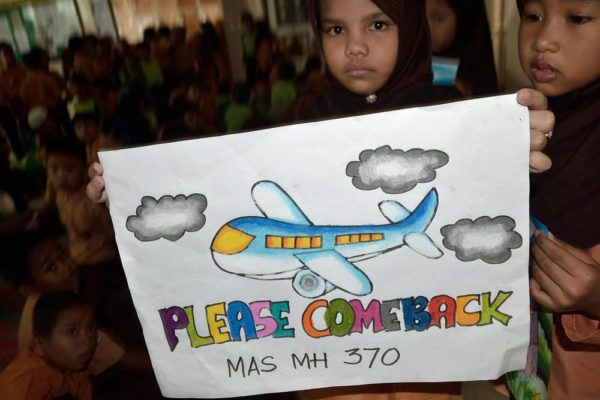 Malaysia Airlines officials said on Thursday in Beijing that they would meet Chinese relatives of those missing on board its flight MH370.

China’s Foreign Minister, Wang Yi, said earlier that the airline owed the families an explanation of how wreckage found off eastern Africa last week was assessed to be from the missing plane.

Wang, speaking on the sidelines of the annual foreign ministers’ meetings of the ASEAN also said the search for the wreck must be continued‎.

U.S. State Secretary John Kerry expressed his condolences.
“All the wounds have been opened again following the discovery of a wing part on Reunion Island thought to be from the missing plane. We hope very much that the debris that was discovered on Reunion Island, if it is found to be conclusively part of the aircraft, that this will help to bring some sense of closure about what happened,” he said in Kuala Lumpur.

Kerry spoke after attending the meetings of the Association of South-East Asian Nations (ASEAN).

In Paris late Wednesday, French prosecutor Serge Mackowiak spoke of a `very strong supposition’ that the part found on the French-administrated island was from the Boeing 777 used for flight MH370.

Malaysian Prime Minister Najib Razak went further and told media in Kuala Lumpur that experts “conclusively confirmed” that the wreckage was from MH370.

Malaysian Transport Minister, Liow Lai, said Najib’s statement was based on a match found between a maintenance seal on the flaperon and the records of MH370.
He cited experts from the airline and Malaysia’s Department of Civil Aviation as his source.

Liow also told newsmen that more suspected debris, including a door of the plane, was found on the island by a Malaysian investigating team and was turned over to authorities for verification.

In Beijing, the airline told the Chinese relatives by text message it would meet them Friday morning to address and clarify communications, adding that it was setting up two hotlines to attend to their inquiries.

Relatives of the 153 Chinese citizens on board the plane have complained of being left uninformed in the wake of its disappearance.

Around dozen of them demonstrated outside a Malaysia Airlines ticket office in Beijing Thursday, saying Malaysia was overly hasty to confirm the plane went down at sea in order to close the matter.

“We were offered compensation months ago: 50,000 dollars if we acknowledged the death of our family members,” Zhang Yonghui, holding two small Chinese national flags, said.
The 64 year-old, who lost his 32-year-old daughter in the accident, insisted that: “We do not want money, we want to be informed,” he said.

Malaysian relatives of passengers expressed grief and disbelief as the announcements appear to confirm that the plane was lost at sea, and called for the search not to be abandoned.

Australian Prime Minister, Tony Abbott, vowed efforts would not stop until the plane’s disappearance was solved. Australia leads the team that has been searching the southern Indian Ocean.

“We owe it to the families of the people lost on that plane to try to solve the mystery. We owe it to the travelling public, who obviously want to be confident of their safety in the air,” Abbott told a local radio station.

He said: “The discovery of the debris off eastern Africa does seem to confirm that MH370 went down in the Indian Ocean, most probably within the designated search area”.
The Beijing-bound MH370, with 239 people aboard, disappeared about an hour after it left Kuala Lumpur.