Kanye West Reaffirms his 2020 Presidential Run: ‘I’ve Got a lot of Growing up to do’ 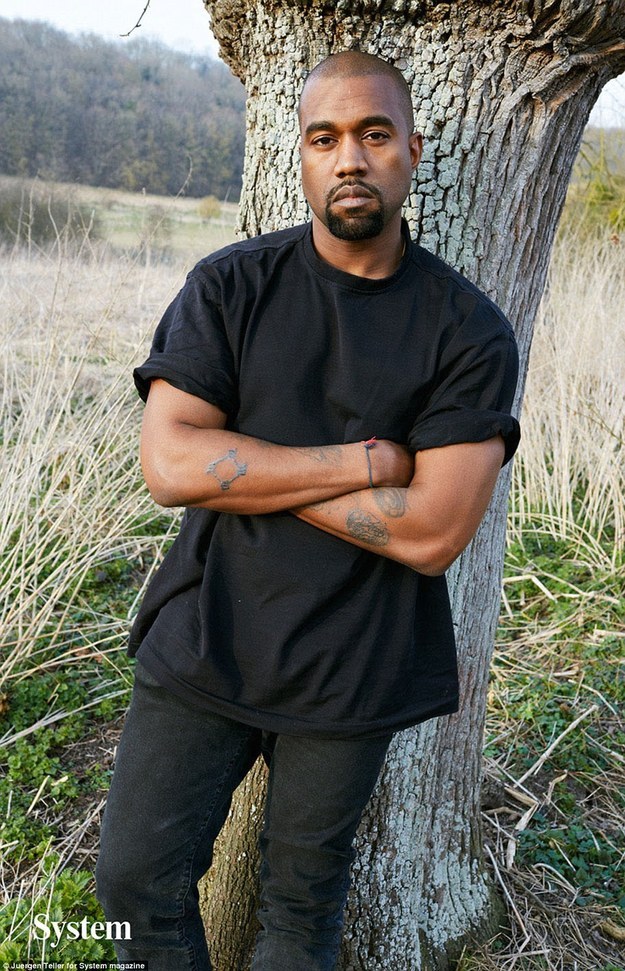 If you thought Kanye West was joking about his presidential run, announced during the last MTV VMAs, well he wasn’t.

He has reconfirmed his ambitions to Vanity Fair in an exclusive interview.

Read excerpts from it below.

On juggling everything: It’s family first. And then when I work on music, I’ll sequester myself and work on it with a team of three, four, or five really focused experts for two weeks at a time. And then with apparel, the office is right across from my house, so I go to the office every day.

On his Yeezus Season 2 Collection: It had nothing to do with race. It was only colors of human beings and the way these palettes of people work together and really just stressing the importance of color, the importance of that to our sanity, these Zen, monochrome palettes. I’ve stayed in a Claudio Silvestrin apartment since I was 26, and I love those types of palettes and that’s my opinion. And I have this opportunity to work with amazing professionals to get this painting across. I want it to become more of a moving painting than a political statement or a fashion statement. This is strictly . . . not strictly, you can take it how you want; obviously I’m a very socially charged human being. But at the end of the day, I’m just simply an artist trying to express myself, trying to finish my sentences just like my daughter can.

On if he’s still running for presidency in 2020: Oh definitely.

On people reacting well to his presidential ambitions: Especially from the six years of this misconception or the six years I went through of “We don’t like Kanye.” And then as soon as I said that, it was like, “Wait a second, we would really be into that, because actually if you think about it, he’s extremely thoughtful. Every time he’s ever gotten in trouble, he was really jumping in front of a bullet for someone else. He’s probably the most honest celebrity that we have.” I didn’t approach that because I thought it would be fun. It wasn’t like, Oh, let’s go rent some jet skis in Hawaii. No, the exact opposite. I sit in clubs and I’m like, Wow, I’ve got five years before I go and run for office and I’ve got a lot of research to do, I’ve got a lot of growing up to do. My dad has two masters degrees. My mom has a PhD, she used to work at Operation PUSH. Somehow the more and more creative I get, the closer and closer I get to who I was as a child. When I was a child, I was holding my mom’s hand at Operation PUSH. I think it’s time. Rap is great. It’s fun. It’s fun to be a rock star, and I’ll never not be one I guess, but there’ll be a point where I become my mother’s child. With all the things I’ve done that people would consider to be accomplishments, what’s the point where I become the person that Donda and Raymond West raised? My parents’ child.

On giving up creativity for presidency: I think about that. Because it’s so therapeutic for me to sit and work for seven days. We work on the collection year-round, every day to the office, we have an amazing team, but then you have that seven days before the show where you just really, really don’t sleep. . . . I have to stay creative. The whole point is to have someone [in office] that’s creative, that’s around amazing creatives. This is my theory: I think the world can be helped through design, so it’s very important that I stay around creative, forward thinkers. It’s very important that I continue to design, to be in practice of trying to make the best decisions possible. I hate politics. I’m not a politician at all. I care about the truth and I just care about human beings. I just want everyone to win, that’s all I can say, and I think we can. . . . I think the words “dreamer” and “passionate” diminish my will to execute. Because to be passionate about something or to dream about something does not say that it was executed. So when we talk about second season, it was executed. When we went and had a great season with stores, with Barneys and Luisa Via Roma and all these amazing stores, that was executed. When those Yeezys came out and sold what they did, that was executed. You can have the longest intellectual artistic conversation about anything and it all means nothing without execution.

You can read up more of his interview here.