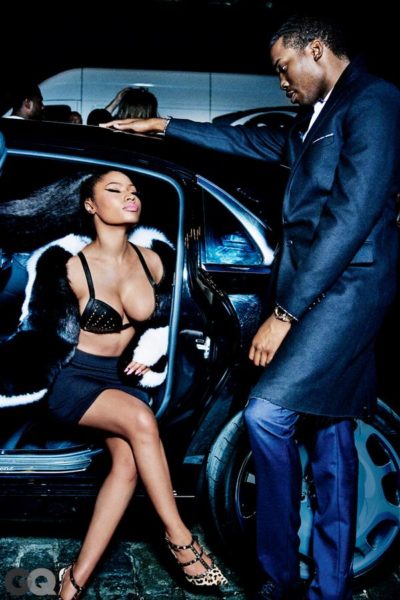 Nicki Minaj and Meek Mill have been off the radar for a few weeks but that does not mean that the hot couple are not working hard on personal projects.

They got together for a feature in GQ magazine, shot by Ellen von Unwerth, and they are all up in each other’s space for the shoot as they kiss, nibble, hug and playfully touch each other. 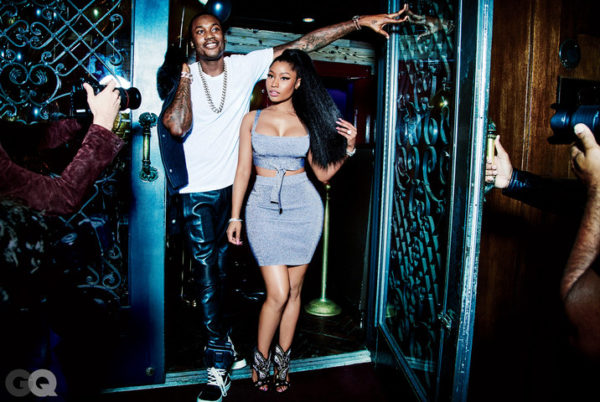 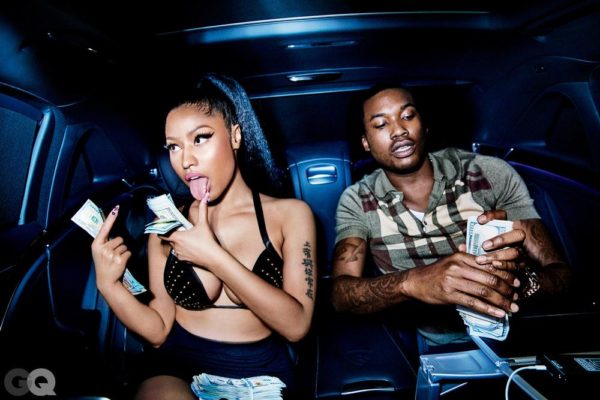 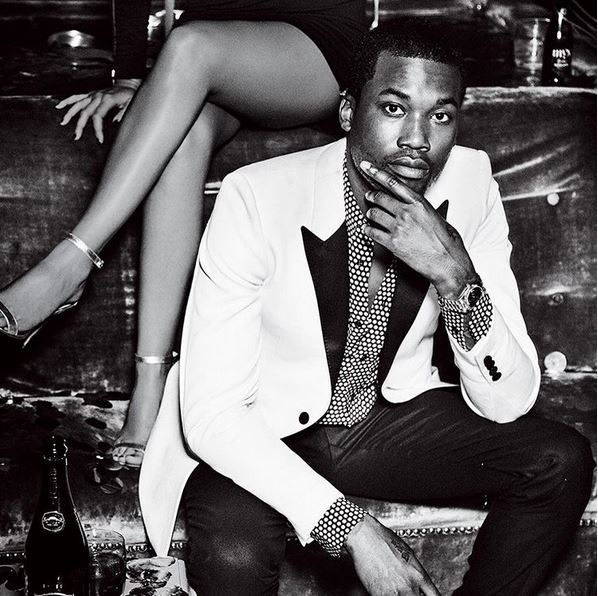 Here are excerpts from their interview.

Nicki Minaj on their relationship: I definitely think we have a normal relationship off camera. It’s the same thing I think as any other couple in the hood. We’re growing as a couple and as people and as human beings but we still have our careers, and I think probably the only thing that makes it un-normal is that we’re both successful artists, and that’s probably not normal. But other than that our feelings are very normal. Like if I were to speak to a hundred girls right now about what they go through with their boyfriend we’d probably have stuff in common.

Meek Mill on who he’d have a double date with: I don’t know. A lot of people. Alicia Keys and Swiss Beats. Jay-z and Beyonce.

Nicki Minaj on Meek Mill: I love kissing him. That’s my favorite thing about Meek is to kiss him, which is weird. Just now I was like damn, you’ve been asking can I kiss you a lot now, and it’s contagious because I used to be always asking him to kiss him when we first stated talking. I love kissing him. I love the way his lips feel.

Nicki Minaj on figuring Meek Mill out: People tell me all the time, it takes a special kind of man to be with a woman who has her own, and it takes a special kind of man to not feel insecure by a woman who is doing her own thing. You know? So, one of the things that made me want to be with him is we spent so much time talking, and he always made me feel like he was ok with me being me. As an artist and just as a woman. Obviously I’m a strong woman in a lot of ways… I’m not a strong woman in every way, I don’t want to make it seem like I am some superhero because I’m not, but I do know that it takes a certain kind of guy. And time will tell if Meek is that kind of guy, because it’s definitely not easy.

Nicki on misconceptions about their relationship: Together, I think one of the biggest misconceptions at the beginning was that people thought that me and him just popped up out of the blue and were just in a relationship. We were friends for a very long time and he was someone that I was able to really confide in. Nothing that we do is for TV. My decision to be public about my relationship came before I even met Meek. I was in another relationship and I said after I drop my third album that I don’t care anymore what people think, I’m going to be vocal about who I’m with. It just so happens that I’m with a new guy. When I came in the business, you couldn’t tell people you were in a relationship, because record company and management said that doesn’t make you appealing to men. So don’t tell people you’re in a relationship. So after you do that for ten years it becomes something you feel like you have to do. It’s difficult to break out of that box. So I just vowed to myself look, I’m about to put out a new album, I don’t care anymore. It just so happens I’m in a new relationship but I was planning on doing that before I was with Meek. Because now it’s to the point where it’s different now. The music industry is so different. People don’t care if you’re in a relationship, but in the beginning it wasn’t like that. Take Janet Jackson, people didn’t know she was married for nine years or something like that. It was a taboo thing in the beginning. I didn’t want to hide that side of my life anymore.

Read up the full feature on GQ.

Watch the steamy BTS video below.

Watch this video on The Scene.