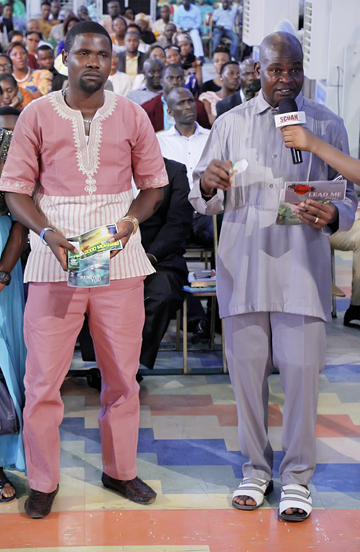 Two survivors of the tragic incident that saw a Bristow helicopter crash into the lagoon in Oworonshoki, Lagos on Wednesday 12th August, 2015 have testified that it was ‘God’s hand’ that saved them from certain death.

On Sunday 25th October, oil workers Chukwudi Onah and Dolu Ebiejuara appeared in the church of controversial Nigerian Pastor T.B. Joshua to thank God for preserving their lives in the disaster that led to six fatalities, including that of the pilot Jay Wyatt and co-pilot, Peter Bello.

According to Onah, it was ‘Morning Water’ he had received at The Synagogue, Church Of All Nations (SCOAN) that was instrumental to his survival. “I never leave it anywhere I am going. It’s always with me, along with my Anointing Sticker,” he explained to the congregation.
“On that fateful day, before I left my room, I prayed that God would take charge and thanked Him for journeying mercies,” he continued, stating that he sprayed the ‘Morning Water’ upon himself.

According to Onah, there were no signs of trouble as the flight was going “very smoothly”. However, merely minutes away from arriving at the Murtala Muhammed Airport in Lagos, tragedy struck.

“The chopper suddenly turned,” Onah vividly described. “Everybody became confused. We were shouting Jesus! The chopper was dangling up and down. I didn’t even know when it fell inside the water.” 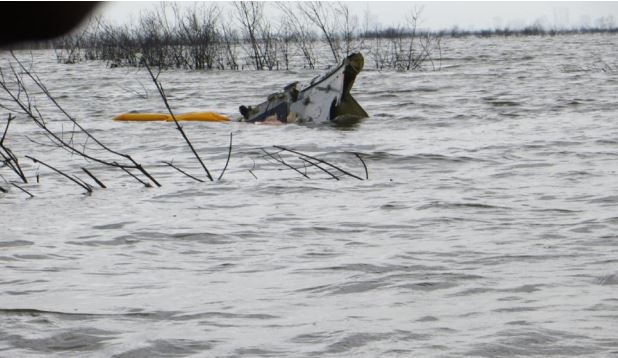 As the Bristow Sikosky S76 C+ helicopter began descending steadily to the bottom of the lagoon, Onah was strapped heavily into his seatbelt and could not move. “I shouted, ‘God of TB Joshua – save me’ “, he recounted, adding that his lungs soon filled up with water.

According to the SEDCO oil worker, what transpired next can only be termed ‘supernatural’. Staring death in the face, confused and struggling to free himself, Onah said he heard a ‘voice’ speaking clearly to him. 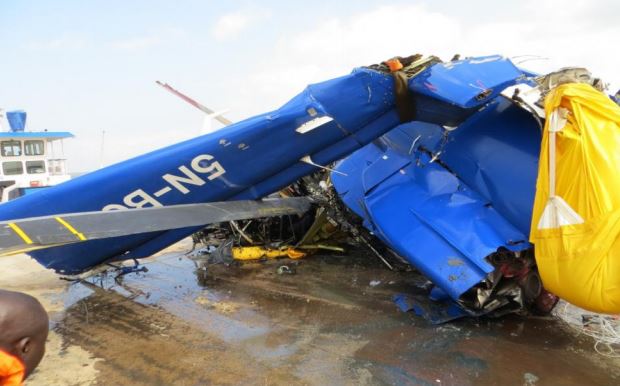 Onah somberly recounted that the two passengers seated directly besides him were among the fatalities. “If not for Jesus, I would have died. I give the glory to Jesus Christ who saved my life,” he said, bringing out the ‘Anointing Sticker’ from his pocket that he had with him on the day of the ill-fated journey.

Dolu Ebiejuara similarly stated that he was a regular visitor to The SCOAN and had ministered ‘Morning Water’ before entering the helicopter that day. Recounting his experience, he said, “All that I saw was the helicopter take a sharp turn and then we were just plummeting down.”

Moments before the crash, Ebiejuara said that he lost consciousness. “All I could remember was that I saw myself swimming. There is no way I could have come out of the helicopter without removing my seat belt but I was not the one. I don’t even know how I came out under the water. I know it is God’s doing because there is God’s hand in the Morning Water.” 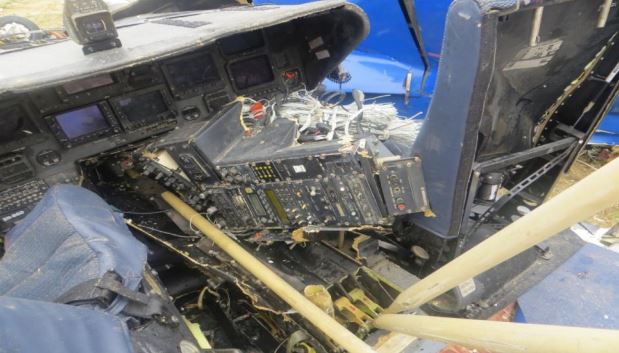 The duo both sustained injuries but have since recovered. They were accompanied by more than seventeen family members who came to share the testimony.

Intriguingly, T.B. Joshua himself was not present in the service, making it more than five months since he has been seen in public.