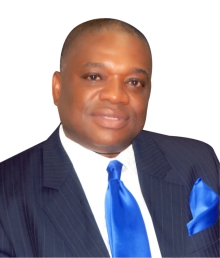 Ever since embattled FIFA president Sepp Blatter was suspended, many football enthusiasts have been debating about who would become the next president.

Blatter himself is weighing in on the debate, and according to Vanguard, he stated that former Abia State governor, Orji Uzor Kalu, would be a great fit for the position.

He reportedly stated the following during a Swiss radio station talk show:

The position of the FIFA president is too important to be left to just anybody. I have heard of some candidates who want to take over from me. But I find the Businessman from Nigeria Kalu very qualified and interesting because he is not only a businessman, but a politician with lots of contacts and corporate experience. He can bring his great experiences to bear in the running of world football.

He is passionate about the game. I remember how he sponsored one of Nigerian clubs to win the CAF championship twice. He is a man that can take world football to the next level…If Africa hopes to win the support of other federations, then they must queue behind the Nigerian business man. Football has developed beyond just anybody taking over…”