President Buhari on Sunday paid a visit to the victims of the Abuja bombings which happened on Friday. He visited the National Trauma Centre, National Hospital in Abuja, where he interacted with some of the victims.

Buhari was accompanied by of Ogun State Governor Ibikunle Amosun and his personal aides. They visited the Intensive Care Unit, the Pediatric Unit, and the General Wards of the National Hospital, Channels TV reports.

The president also instructed his Chief of Staff, Mallam Abba Kyari to settle the N268,790.00 medical bill of a young girl in the paediatric ward of the hospital. According to reports, the girl’s mother, Deborah Stephen, was weeping when she saw Buhari. She told him that her daughter had been shot by armed robbers who raided their home and that the family couldn’t afford the medical bills. 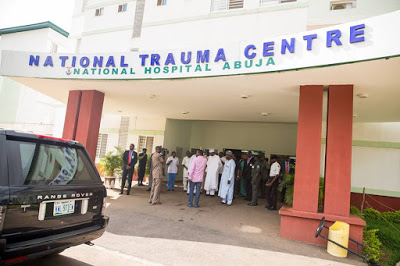 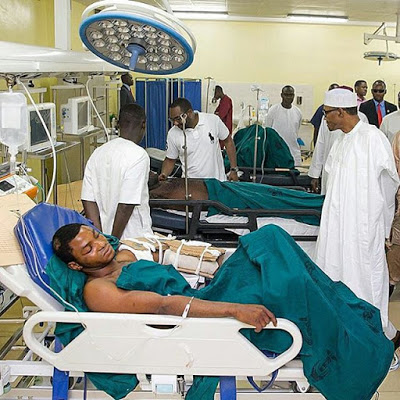 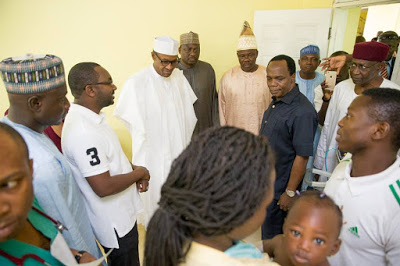 Turning Up at the Joy of Jazz Festival, Chilling with Lions & Elephants and More! Mercy Ajisafe’s Fun Trip to Johannesburg – Part 1