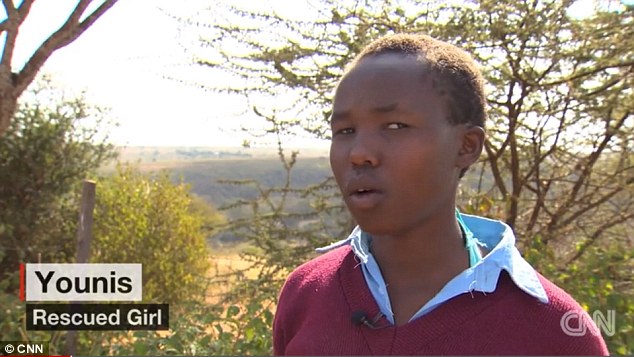 “When I was about nine years old, my father married me off to an old man who was 78 years old,” she explains, the memories of her harrowing experience still raw. “I went to his home and I stayed with him one week.

“He told me that I will be a wife but I was just innocent, I wanted to come to school. But that man wanted me to be a third wife. I told him, I will not be your wife, and he caned me.

This is Younis‘ story.

She ran away from this horrible situation and was rescued by Josephine Kulea and her Samburu Girls Foundation.

According to the CNN report on Younis’ ordeal,

The Samburu are an ancient Kenyan tribe pastoralist cattle herders, said to be “distant cousins” of the Maasai. Even to outsiders, their languages and customs are strikingly similar.

Younis and other girls like her have dared to break away from some of these traditions — child marriage, female genital mutilation and beading (the practice of promising girls to their male relatives for sex) –which are illegal in Kenya.

But in doing so they risk being disowned by their families and communities. 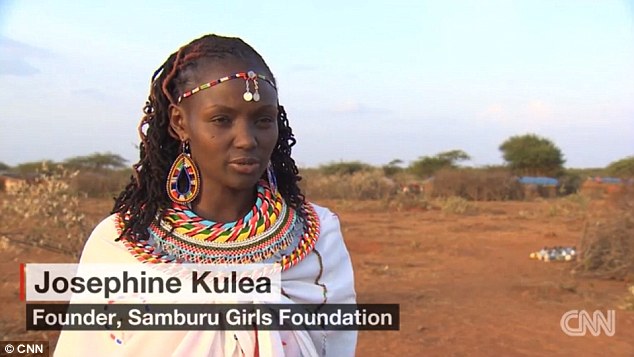 Josephine Kulea started the Samburu Girls Foundation after her 2 young cousins went through the same ordeal.

Details of the cultural practices which the young girls endure including female genital mutilation, sexual relations with relatives and child marriage are frightening

Girls are bought for sex by a member of the same clan before they are married off. The more beads she has around her neck, the higher the price. Once girls reach the age of marriage they will marry someone from a different clan. If the girl falls pregnant before that to one of her relatives, she may be forced to undergo an abortion; if she has the child, it is unlikely to be accepted by the community.

Josephine is proud of her tribe but says certain aspects of their culture need to stop. She tells CNN ,”There is hope. And I know when we take more kids to school in future there will be a difference in my community.”

Many girls resucued by the Samburu Girls Foundation are now in school.

You can watch the CNN report below.

Former VP Namadi Sambo Recovering after Surgery in the USA