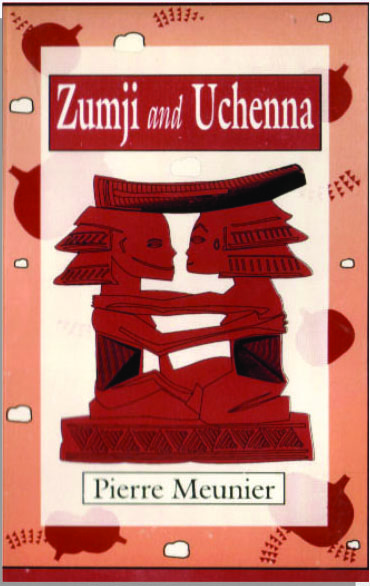 A concerned parent revealed over the weekend that a book which is presently part of the required curriculum for Junior Secondary School (JSS) students in Nigeria is totally inappropriate for their age group.

The Book!
“Zumji and Uchenna” is described by its publishers as “an exciting play which ends in tragedy. It is the story of two passionate lovers from the ethnic divide whose marriage plan was disallowed on tribal grounds. When the undaunted duo eventually win the epic battle and are joined in wedlock, the celebration of victory is brutally scuttled by some demented lovers whose thirst for vengeance result in a harvest of death.”

The Author
The play was written by a French National named Pierre Meunier several decades ago. Pierre was born in France in 1926 and arrived in Nigeria aged 22. He lived in various parts of the country and became a Nigerian citizen in 1978. During his time here, he wrote several books including poetry, prose and plays. However, “Zumji and Uchenna” found its way into the Nigerian curriculum after it was republished in 1999 under the imprint of Ibadan-based Spectrum Books.

Why the Fuss?
Zumji and Uchenna is on the mandatory list of books for Junior Secondary School students in Nigeria. Based on the school reading lists reviewed by BN, some students read it in JSS 1, while others in JSS 3. JSS 1 students are typically between the ages of 9 and 11.

Sample Assignment covering Zumji and Uchenna for a JSS 1 Student 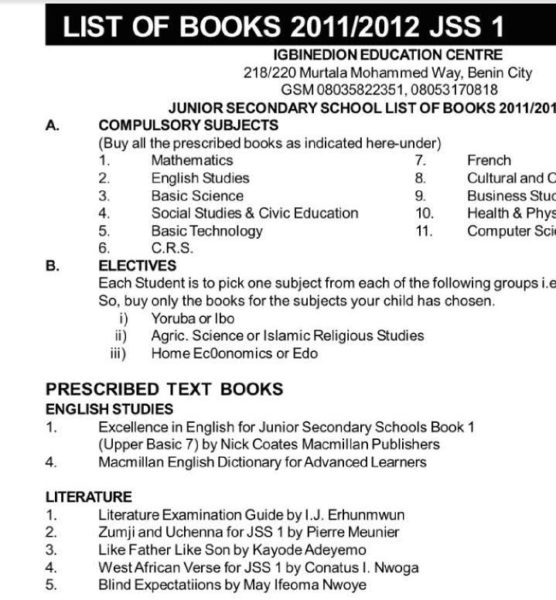 Literature is art and many of the parents who reached out to BN do not necessarily have issues with the book but in the context of required reading for children that young, it is an issue!

Profanity
“Let us leave this f***ing place before the arrival of Police! Bloody b*****es!” 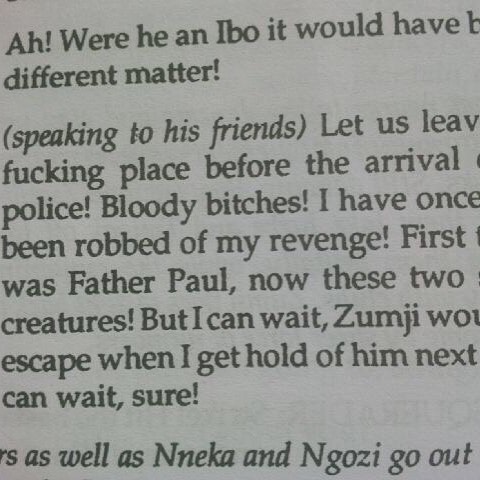 Tribal Slurs & Sexual Subject Matter
“Nobody above all, nobody from another ethnic group! Imagine that donkey from the North courting our sister!”

“Are not Ibos smart enough to take the virginity of their girls!”

“Are our cocks too short and small? Bloody Hell” 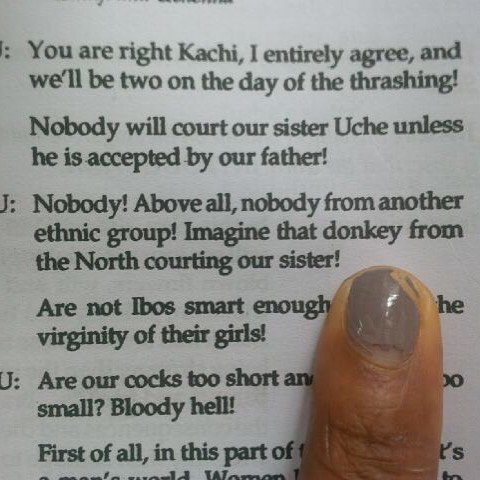 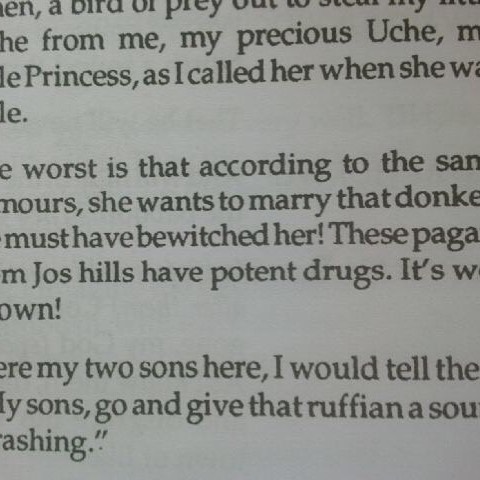 BellaNaijarians, share your thoughts. Is this appropriate reading material for a 10 year old? When questioned by parents, schools have said that they are mandated to include this by the government and failure to do so will result in sanctions.

Related Topics:Zumji and Uchenna
Up Next

“Why are Igbo Boys & Girls denied their own Stories?” | Speech by Chude Jideonwo at Ola ndi Igbo Summit in Enugu