VP Osinbajo says Rich People are Being Recruited into Terrorism 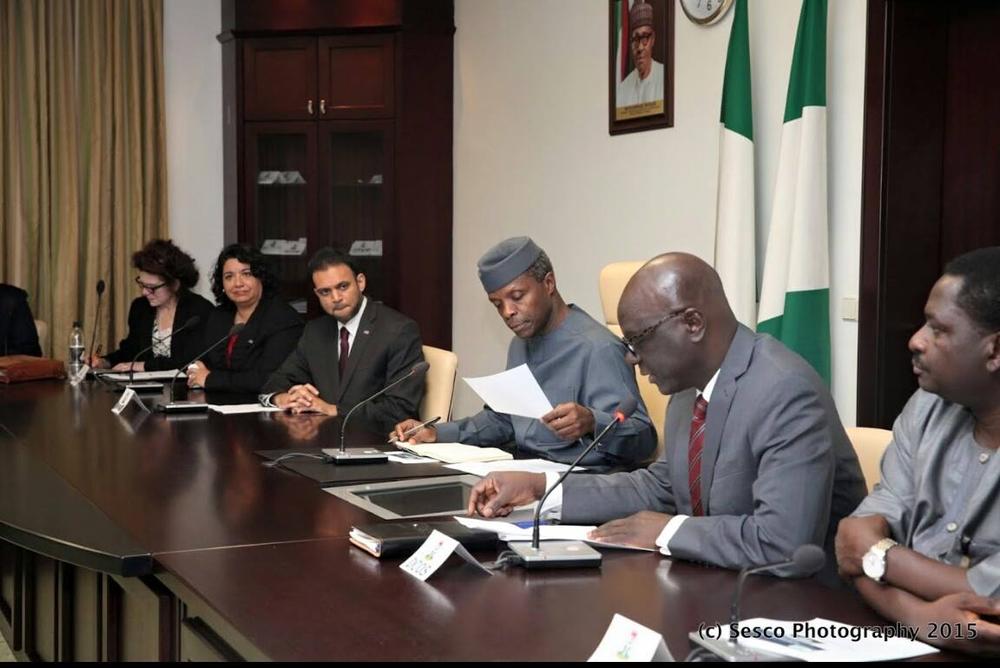 VP Osinbajo and US Envoys at the Meeting

In a statement released by the VP’s media aide to Punch Newspaper;

“I have seen people who are well-to-do being recruited into terrorism,” the statement quoted Osinbajo as saying.

He wondered why for some strange reasons, terrorist groups, made up of completely mindless and almost insane people, were not finding it difficult to recruit people.

He said it would have been understandable if the terrorists had been preaching better life, equity and such other lofty ideas.

The Vice-President also stated that President Buhari’s administration will set up a Crisis Communication Centre that will provide information countering violent extremist ideology especially in the North East.

VP Osinbajo explained that the campaign will involve Civil Society groups, young people and Non-governmental Organizations.
The Special Envoy was accompanied by other US officials including Ms Maria E. Bruwer, Deputy Chief of Mission in Nigeria and Stevie Hamilton, Deputy Coordinator, Center for Strategic Counter-terrorism Communication at the US Department of State.

The most prominent Nigerian case of a wealthy terrorist is attempted underwear bomber Umar Farouk Abdulmutallab who attempted to blow up a plane headed to the USA on Christmas Day in 2009.