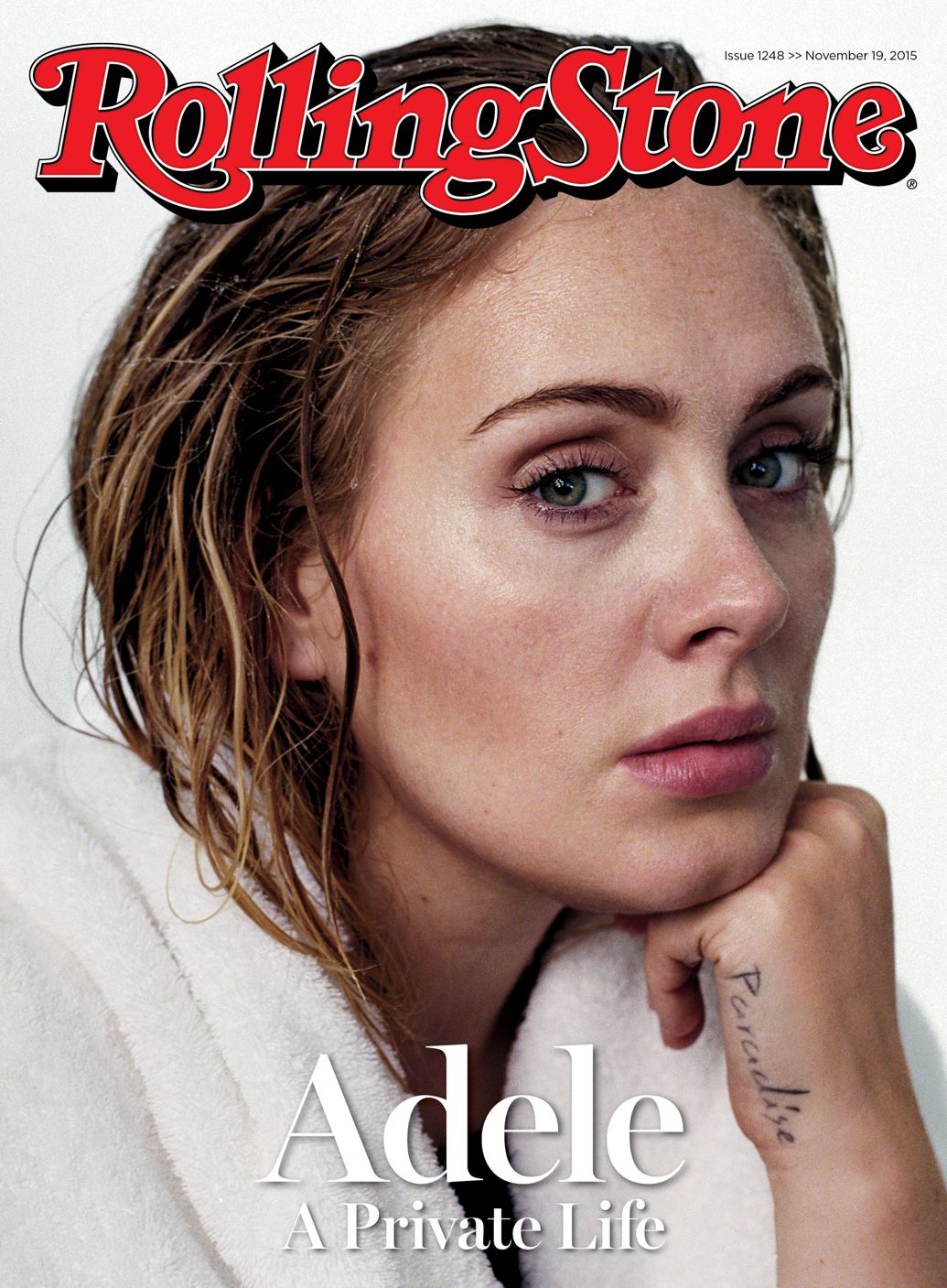 Music star Adele is the rave of the moment as she covers Rolling Stone magazine’s newest issue while wrapped in a towel and clean-faced.

The 27-year-old “Hello” singer talks to the magazine about being famous, her boyfriend, finally quitting smoking and more.

Read excerpts from the magazine below.

On her boyfriend Simon Konecki: “He’s so supportive. And that takes a very big man, because I’m very successful at what I do. My last boyfriend was uncomfortable with how successful I was, and the fact that he had to share me with lots of people. I have said a million times I’m not married and everyone still says we are. But, yeah, we’re still together. We haven’t broken up. We’ve never broken up. We’ve been together. We just haven’t felt the need to get married. We’ve got a kid together. I feel like that’s a big enough commitment.”

On quitting smoking: “I absolutely loved it, but it’s not that f*cking cool when I’m dying from a smoking-related illness and my kid is, like, devastated…I used to be able to drink anyone under the table and still be able to put on an all-right show. But with kids, hangovers are torture. They just know. They pick up on it and just go for you.”

On having a squad: “I’ve heard about a squad. I wish my squad was all supermodels. We are, in our brains. I guess I have my own squad.. It’s not as interesting as some of the other squads that are around right now. But maybe Rihanna can be in my squad! That would be really cool. Oh, God. She’s life itself, isn’t she? I love her.”

For more from Adele, visit RollingStone.com.

Tiwa Savage On Set with Paul Okoye of P-Square