Drama, Excitement & A lot of Talent! Africa Magic brings 'The Voice' to Nigeria 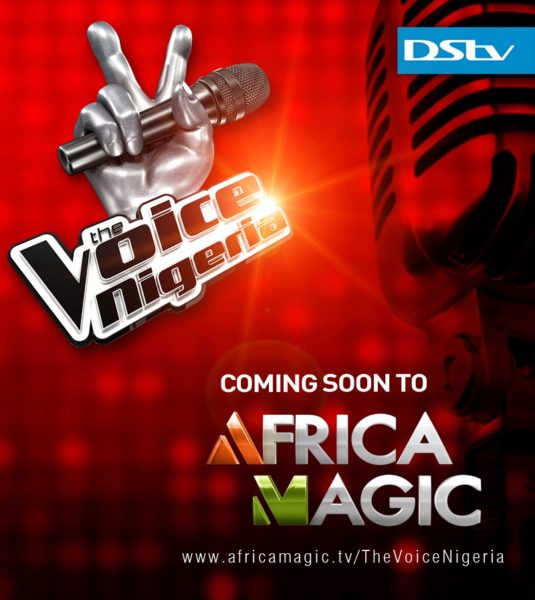 Television is about to get more exciting as Africa Magic, the leading provider of premium African entertainment, is launching The Voice Nigeria, a Nigerian version of the internationally acclaimed reality singing competition. Auditions begin on the 8th of January, 2016 and the show begins airing in April, 2016.

Since its original launch in 2010, The Voice has gone on to win audiences in countries like the US, Australia and the UK, where renowned artistes including Adam Levine, Blake Sheldon, Christina Aguilera, Shakira, Tom Jones, Pharrell Williams, Kylie Minogue and Ricky Martin have occupied the show’s famous red chairs as coaches. The Voice Nigeria employs the same format including a panel of four coaches who critique the contestants’ performances. The coaches guide their teams of selected artists through the remainder of the season whilst also competing to ensure that their act wins the competition.

The Director, M-Net West Africa, Wangi Mba-Uzoukwu, said: “We are thrilled to announce the launch of The Voice Nigeria. All over the world, lovers of entertainment recognise The Voice franchise as premium, exciting entertainment and we are thrilled to introduce this excitement to audiences in Nigeria and across Africa. Our viewers will definitely enjoy the stellar performances by the artistes and all the excitement as the coaches compete to pick the best performers“.

To stand a chance of participating in The Voice Nigeria, prospective contestants need to visit the various audition venues across four cities:

For his part, the Managing Director, MultiChoice Nigeria, John Ugbe, said: “For over 20 years, MultiChoice has played an active role in the development of the African film and television industry. The Africa Magic channels, which sit on our DStv and GOtv platforms, continue to display the best of African entertainment content to the world and with the launch of The Voice Nigeria, we have once again provided a platform for African talent to shine“.

To find out more about the Africa Magic channels and programmes, please visit: www.africamagic.tv.