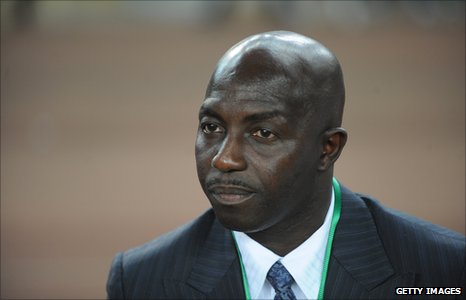 Ogere Siasia, the mother of Samson Siasia, Nigeria’s Ex-international soccer star and current coach of the Under -23 of “National Dream  Team IV”, has reportedly been kidnapped.

According to reports the incident occurred at Odoni community of Sagama Local Council Area of Bayelsa State.

SaharaReporters states that the kidnap was carried out by armed bandits in the early hours of today.

The kidnap was confirmed by the Bayelsa State Police Command spokesperson ASP Ansinim Butswat, who said the matter has been reported, but details are still sketchy.

The kidnappers are also yet to demand ransom from the family.

Related Topics:kidnapSamson Siasia
Up Next