Smart Money with Arese: Your Network is Your Net Worth 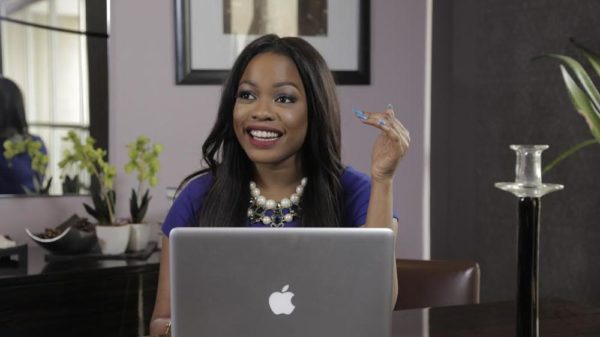 ‘If you want to make it in Nigeria, you need a Godfather’

‘You need to know someone to get that job’

These are all variations of the same concept that boil down to one thing. Most people need helpers to become successful and this isn’t always easy. Globally there are no level playing fields but it can be argued that in Nigeria the playing field is a little more jagged. However, your ability to attract wealth is intrinsically linked to how well you are able to grow and leverage your network, to take advantage of opportunities.

The operative word here is ‘leverage’, because I’ve met lots of people from wealthy backgrounds, whose parents have dinner with Dangote and Otedola regularly, but don’t know how to leverage that network and translate it to money. I have also met plenty folks who came from poor or middle class backgrounds who have been able to parlay their way into certain circles by virtue of the value they add and how they are able to showcase their skill set.

So my people ‘just dey dere dey look ya mates, as dem dey package themselves’
* Tears…I’m a nutter, I know*

I have made many mistakes in my own journey but from my experience, these are three tips that can help you put you build a useful network.

Build Organic Relationships
Mentorship is an awesome way to build your network and accelerate your personal growth. I’ve been very lucky in this regard because I’m fortunate to have numerous business leaders who have taken an interest in my progress, that I can call on from time to time when I need advice or valuable introductions but my official mentors are Bolanle Austen-Peters (founder of TerraKulture) and Tara Fela –Durotoye (House of Tara). If I’m completely honest at the time I met both women, I didn’t have a full grasp of what a mentor really was but in retrospect I’ve benefited greatly from the fact that both relationships happened by accident and grew organically.

I met Mrs. Austen-Peters in an elevator on her way to the gym and I met Mrs. Durotoye on an executive education course in Abu Dhabi. I had just moved back to Nigeria and didn’t realize how much of a big deal they both were. (That realization came much later).

These are both women I am not related to, who are committed to making sure I succeed. They have both been instrumental in helping me through some very tough times and have brought countless opportunities my way. However, this kind of bond does not happen overnight; it takes time to build that kind of trust, love and mutual respect.

In recent years, I’ve wondered if both relationships would have been as effective if I had walked up to them to say ‘Please can you be my mentor?’ and harassed them with emails and phone calls, till they agreed to mentor me because this seems to be the norm now.

Although, I’ve seen that approach work for a few people, I’ve found it ineffective for most. Here is why! Even if a prospective mentor says yes, I’ll mentor you after an initial meeting or email; chances are this relationship will not bear fruit. Why? Because you are a stranger! And what you need is someone who is genuinely your friend, feels like they have a stake in your progress and is prepared to go to bat for you when required.

Also, more often than not when people are seeking mentors they are approaching it from the angle of ‘ Auntie how can you hep me’ instead of asking themselves what can I bring to the table.

You see, a mentor mentee relationship is like most relationships, give and take. So you have to always be thinking how can I help? How can I add value? You may not have money or a network but you may have Ideas for their business, a new perspective or a unique skill set

Stand Out at Networking Events
WIMBIZ 2015 was emotional yo! Anyone who knows me knows I love WIMBIZ. It is a multigenerational platform that spotlights powerful women and gives them an opportunity to share their stories but like any networking event WIMBIZ is what you make it. Some people attend just so they can point out everything that is wrong and turn their noses up and some people see it as an opportunity to gain access to game changers, growth opportunities and priceless introductions.

I’ve attended WIMBIZ for 6 years and I personally go so I can be ‘gingered’ by the shared experiences of women who are making an impact in their industries and I always leave thinking ‘what exactly am I doing with my life and how can I do better?’ This year attracted over 1000 women, so it was definitely an opportunity to stand out and improve your network but in my humble opinion there is a right way and there is a wrong way of making yourself stand out.

Ok I know conventional wisdom at networking events is usually ‘sell ya self, sell ya market’ but take a minute to think about the fact that a thousand other women are doing just that, so what makes you different? I can’t tell you how many conversations I over heard that started with my name is xyz, I’m into Brazilian hair or I’m into fashion. The concept of my business is blah blah blah! Let me tell you a secret! They’ll smile, they’ll nod, they’ll even take your business card but girlllllll no one cares about your CV or business concept for that matter! You know why? It sounds rehearsed and its boring! You wouldn’t give that speech at a party, where you are trying to make friends so why should a business event be any different?

I find that at these things, people are so busy talking about themselves and trying to sell their market that they forget to listen! Instead of talking about yourself, ask questions about the other person, find common points of interest and then work interesting ‘tid bits’ about yourself into the conversation.

I’m not saying you shouldn’t have an elevator pitch, in fact I’m a huge advocate because sometimes all you have is two minutes to make an impression, I’m just saying it shouldn’t sound rehearsed and its your duty to make it compelling. People are more likely to connect with you if you can sell them on your ‘why’ as opposed to what you do. So articulate your ‘why’ and craft it into your elevator pitch. For example, you are in the smoothies business. Instead of saying my name is Rolake and I’m into smoothies, we have apple, strawberry and pineapple flavors, you could say this. ‘ I used to be so depressed about my weight but last year I lost 15kg doing this really simple smoothie diet and decided to start a business that would help other women like me lose a ton of weight’. You are probably going to be more memorable this way.

Another great way to stand out is; ask an intelligent question but keep it concise. A few years ago at WIMBIZ, my friend stood up after a panel discussion to ask the country manager for Google a question about something they weren’t doing in Nigeria and she landed a job at Google from that question.

Learn to Serve Before You Shine
So … ‘millennial entitlement’ is a real thing. Especially with the ‘ I just got back crew’ (even if they just got back 10 years ago), we think our fancy degrees and living abroad make us entitled to instant success and that’s just not how it works. Nobody deserves anything, there are always going to be people who are smarter than you or have more experience than you, so view every opportunity from a place of gratitude even when it doesn’t necessarily have monetary value.

When I say serve, I’m not talking about being someone’s ‘omo’do’ or carrying people’s bags. I’m talking about being value driven as opposed to money driven. If you are always focused on chasing money, sometimes ‘de money go dey run comot’ but if you are providing value and committed to a vision that is bigger than you, you attract opportunities you didn’t expect.

For example, this year I was on the fundraising committee for WIMBIZ, which was not ‘beans’ in this economy. Nobody wanted to part with money but we were all committed. Then, one of the sponsors I was negotiating with offered me a job. He said, “Arese; you are a pest! But your follow-up game is something else and I need people like you on my team! You don’t give up and you obviously don’t know what the word no means.” I heard that a few times during the process and I realized I was inadvertently showcasing my negotiation and fund raising skills but the point is, in serving a purpose that was bigger than me, that had no direct benefits, it opened up several opportunities, that did.

Harness your network and learn how to convert that network into opportunities because the more people you are able to reach and influence, the more likely you are to attract new business, gain access to partnerships or raise funding for your business.

Ugochi V. Ukah: He Is Not Netflix