Nigeria’s Environment Minister, Amina Mohammed, was among 13 women photographed by Vogue, as part of a feature on women on the frontline fighting climate change.

United Nations holds an annual summit on climate change, called the Conference of the Parties, (COP21) and it began in Paris on Monday, November 30, 2015. Vogue Magazine is spotlighting the women involved in this year’s summit, including Mohammed. 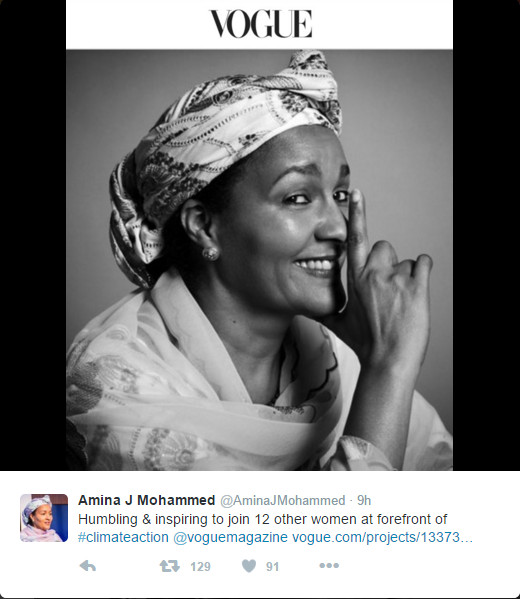 Are You “A Moth or a Butterfly, Which Would You Rather Be?” Register for the Do It Afraid Conference | 6th December 2015

No to #BodyShaming! Agbani responds to Fan’s “Gain Weight” Advise