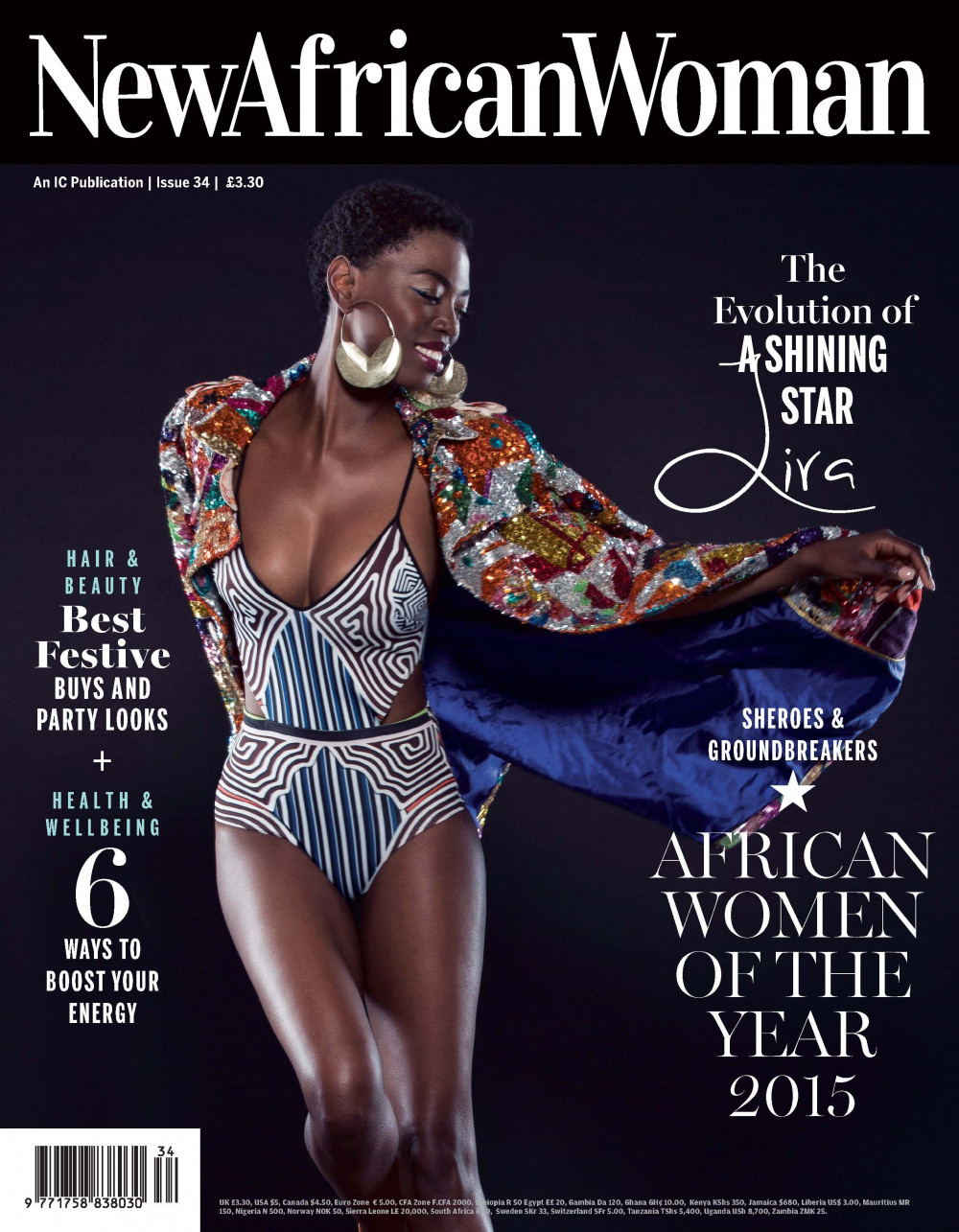 South African music star Lira is stunning on the cover of New African Woman’s December/January edition – an edition that also focuses on several amazing women for the magazine’s first ever collation of African Women of the Year; a celebration of game-changing women who have helped to shape the continent in 2015 in different fields.

The list highlights some of Africa’s women of influence and it recognizes women who are transcending all spheres.

The list includes so many amazing women from public office holders such as the African Union Chairperson Dr. Nkosazana Dlamini-Zuma and Uganda’s comedy genius Anne Kansiime, as well as rising Hollywood actress Nigeria’s Uzo Aduba, and the “iron lady” of African politics, President Ellen Johnson Sirleaf of Liberia who has been selected for winning her country’s battle against Ebola. 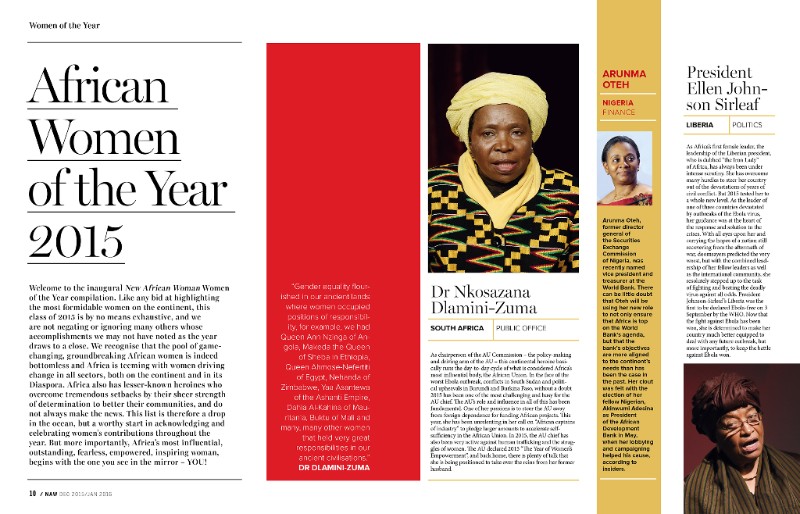 Some of the amazing features in this issue include a 16-page Special Focus, highlighting some of the women who are making groundbreaking moves in their chosen fields in Nigeria. The special report also takes a tour of various African fashion destinations in Lagos and explores what the commercial capital and the rest of the country has to offer to the intrepid traveller.

Following a recently published study by the Africa Development Bank (AfDB), this issue of NAW also highlights the report’s findings, which query where the women in Africa’s boardrooms are.

Amy Jadesimi, Managing Director of LADOL, Osayi Alile Oruene of WIMBIZ, and Chioma Ude of AFRIFF are just some of the influencers recognized in this issue, while red carpet regulars Toke Makinwa, Michelle Dede, Waje and Dakore Akande are celebrated for their style. 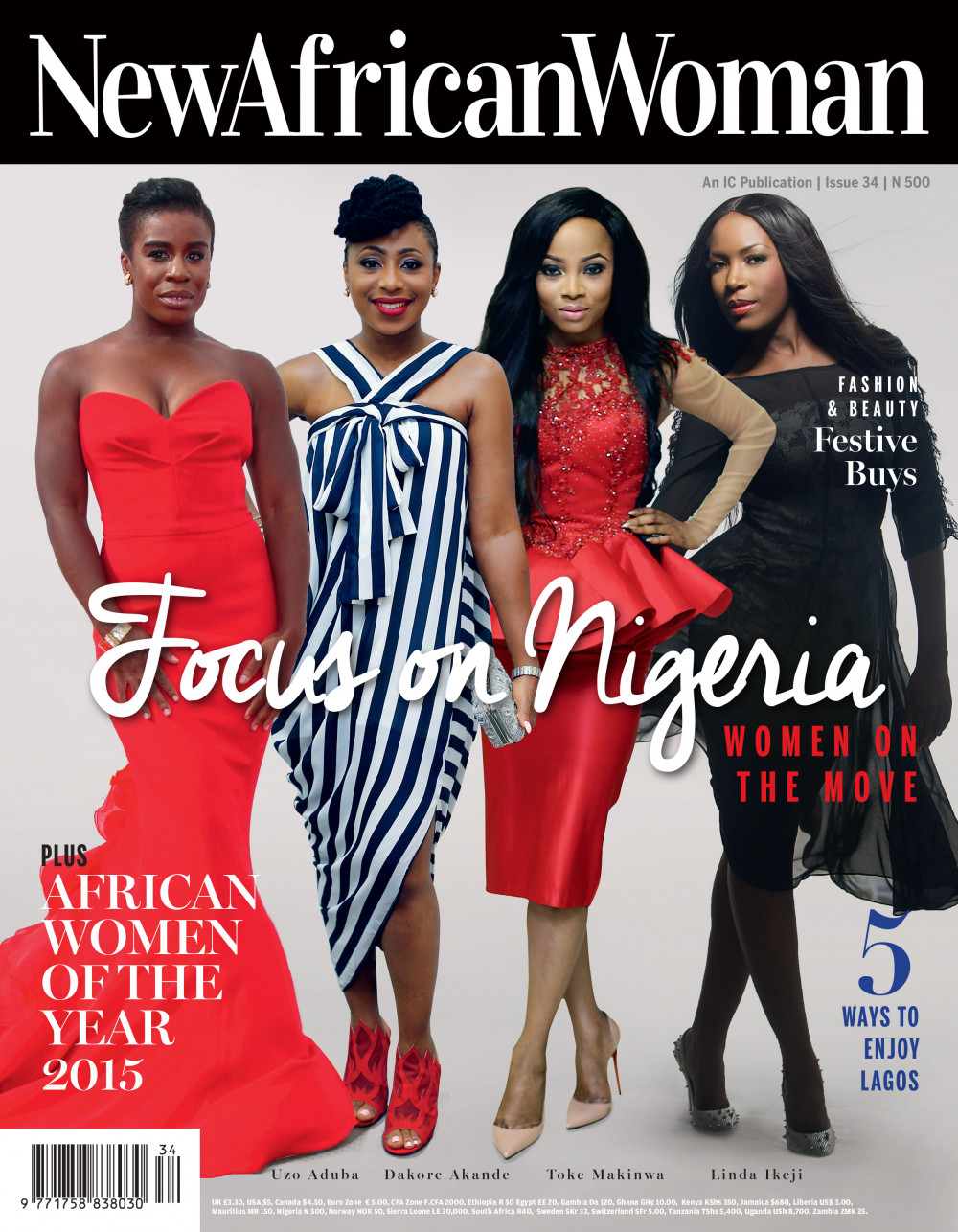 Cover star Lira opens about her plans for 2016. These include the release of a new album; a no-holds-barred documentary entitled Dream Chaser which explores her ‘behind the scenes’ life; her new role as a judge on the South African version of the hit TV talent show The Voice; and she also gives us a glimpse into her lesser-known private life, where she speaks about her husband and her other passions. 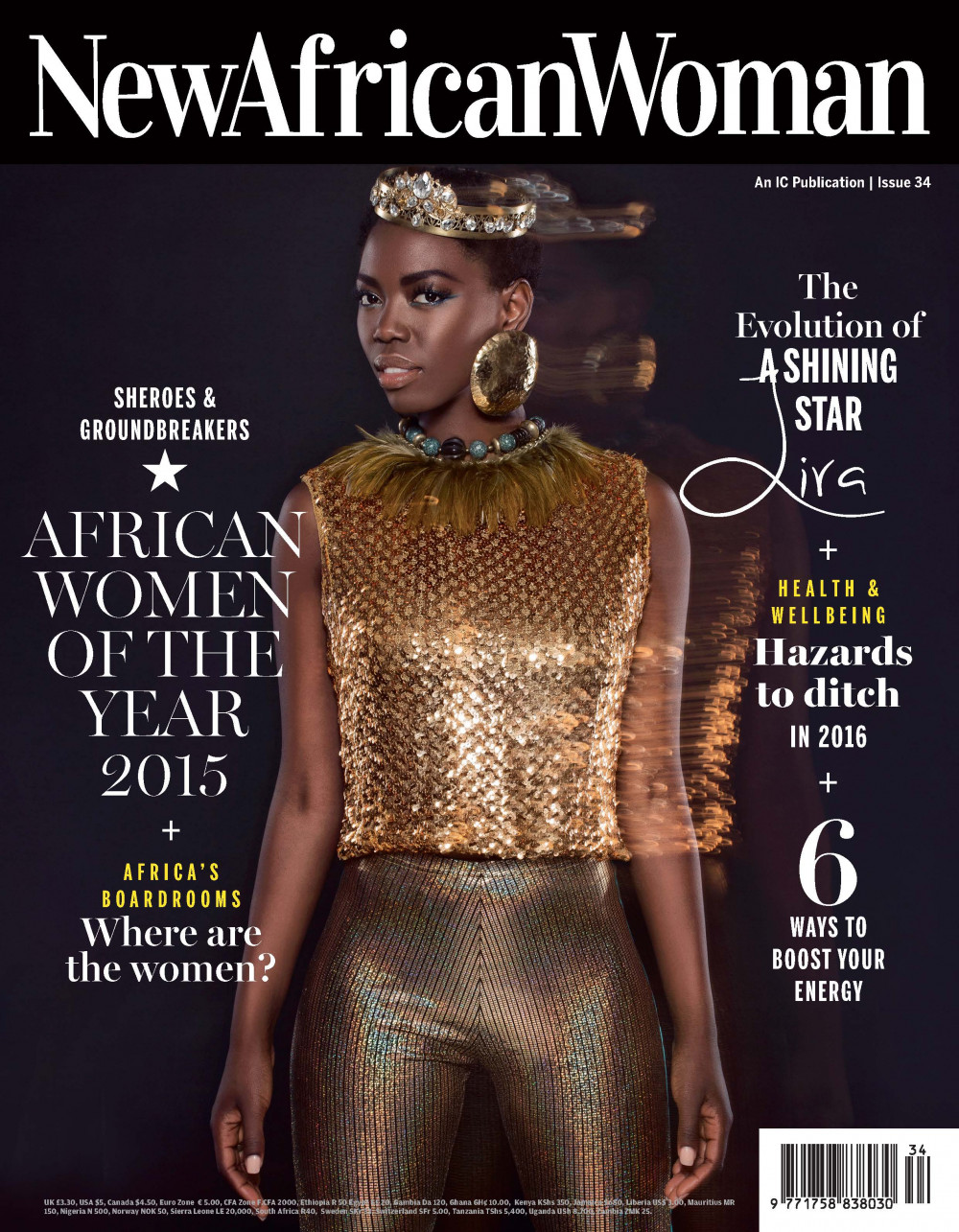 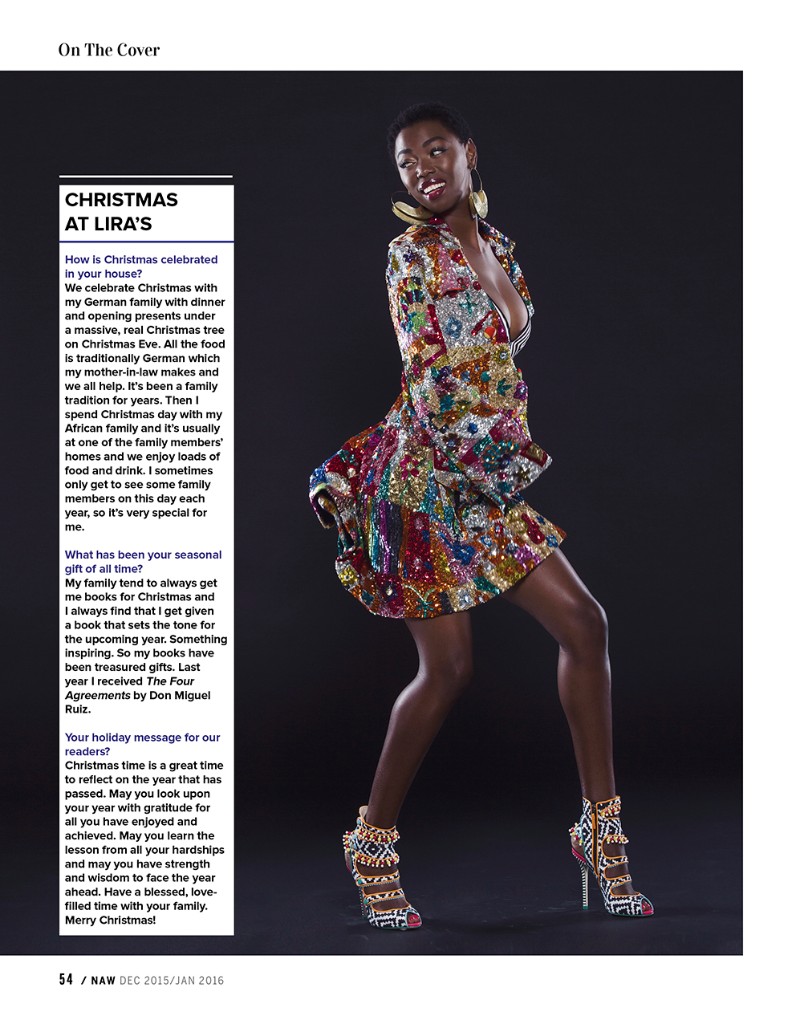 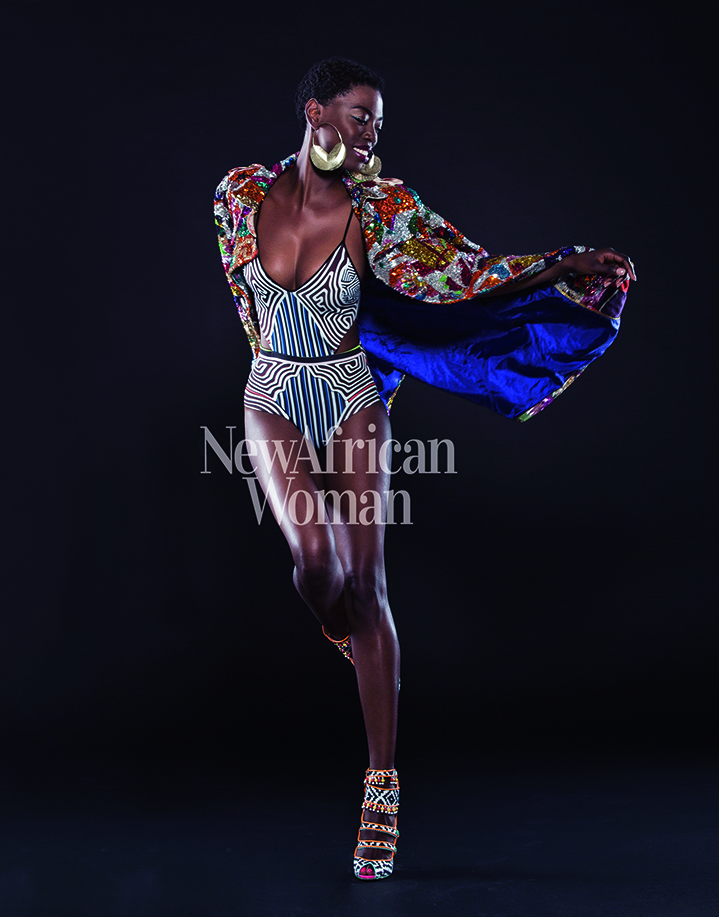 The Most Romantic Gift Ever – A Music App