Tiwa Savage gets 100% real in Genevieve Magazine: "They say you bond instantly with your baby but I didn’t have that instant connection" 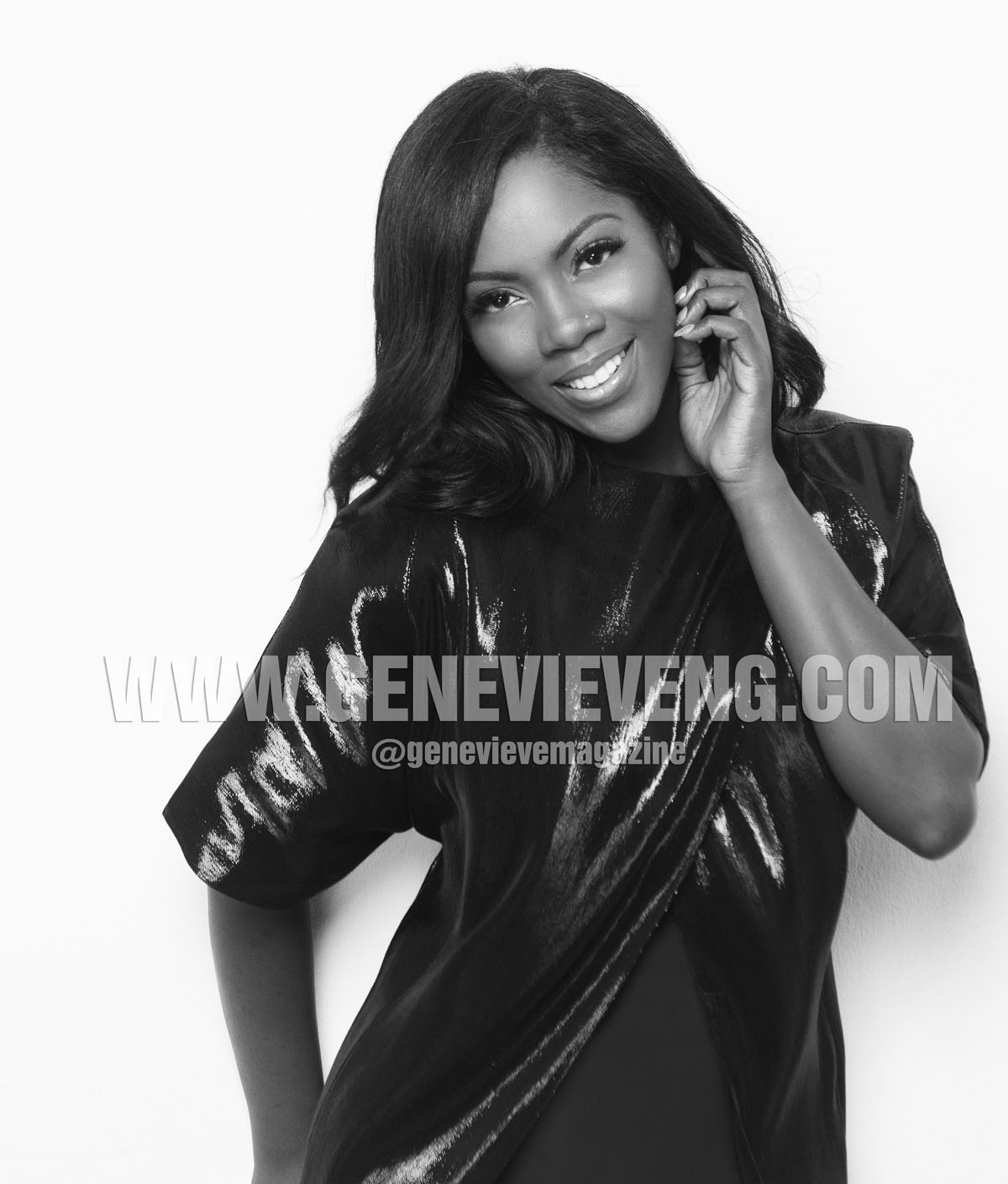 Tiwa Savage gets refreshingly real in the Genevieve Magazine’s November 2015 issue where she opens up about dealing with her difficult pregnancy, life after having her baby and so much more.

We’ve put together some excerpts from her interview. It is really eye-opening and we love how honest Tiwa Savage was.

It is a great opportunity for new mothers and aspiring mothers to get some insight into pregnancy.

On her pregnancy experience: It was very difficult. Yet, a lot of people did not see that side of it. While I was pregnant, I still had to put my artiste face on! I had to work, perform and attend events, but behind closed doors, the people close to me; my husband, my mum and the label, saw the struggle. In fact, before I came on stage, at the event where I revealed I was pregnant, I had just been throwing up in the car and I threw up for the whole 9 months! I also had pre-eclampsia towards the end of the pregnancy. It was a very tough pregnancy.

On having pre-eclampsia: Well, it’s a condition some women have towards the end of their pregnancy. For me, it was a period where I had high blood pressure, my feet got terribly swollen and I could hardly walk. Plus my baby was overdue by about 7-8 days! At the end, they decided to induce me to labour because they were worried about my condition. It was a very painful ordeal but I thank God everything went well.

On motherhood so far: I’m going to be as candid as I can be and Genevieve is the only press I’ve ever told. They say you bond instantly with your baby but I didn’t have that instant connection. I was in a 20 hour labour and just when I was about to push him out, his heart rate dropped, so there was a lot of panic in the room and we were all in tears. Then, when he eventually came out, everyone screamed “congratulations” and they had to put him on my chest to bond. Instead, when they did, I said “He is beautiful, but can I sleep for just one hour?” Thereafter, I was so overwhelmed, that for a week after delivery, I would cry every day. And I don’t know why that happened. The midwives thought I was suffering from depression but I guess a lot of first-time mums have felt that way. I think it is the overwhelming feeling of being responsible for another human being. Now, life is no longer a joke. I cannot do just anything I want. Yet, on the other hand, I am very protective of him. Being a mother has made me like a lioness, and I’m ready to bite anyone’s head off over him.

On not revealing her baby’s face: Well that’s his dad’s decision. Every mother wants everyone to see the picture of her baby. I want everyone to see how cute he is but I understand my husband’s perspective too. He is the head of the house so I have to respect his wishes. Eventually we will reveal his face but for now he wants only close family and friends to have the special moment to bond and not share it with the world yet.

On her husband and the baby: Oh my goodness! He was so excited! I think he was even more excited than I was while I was pregnant. Say for instance, we have a disagreement and I go downstairs to the living room, he’d ask me to come back upstairs because he wants to speak to his baby in my belly. And then, he would lay his head on my stomach, and the baby would move and kick every single time Tunji did that. There was an instant bond from the beginning. Tunji has also been very helpful. He stays up to baby sit when I’m sleeping. He changes diapers, makes his food and is very hands-on with the baby.

On her husband’s other kids: That I cannot talk about because I don’t want to be in a position to speak for anybody else. I am not the one involved so I wouldn’t want to drag that situation into the limelight because it would be unfair to the others involved. These are people who did not choose this life but by reason of their association with me have been dragged into the limelight. On her spirituality: I am very spiritual. I do not joke with paying tithe or speaking with God. I may not always get to kneel down and pray but at some point in the car or wherever I am, I would have a conversation with God. I owe everything to him and I guess a lot of people don’t see that side. I’m grateful that my Pastor, Pastor Paul Adefarasin sees that side and he is still waiting for me to make a gospel album. That side of me people don’t know about is that I love being at home, watching television and just being away from the limelight.

On when she established a relationship with God: That was on July 16th 2002 when I gave my life to God. I had gone through a tough time trying to find myself. I went through heartbreak, and I remember crying so much through that time. I felt lost and didn’t know where I needed to be in this world. I know this sounds cliché, but I was praying one day and I literally felt the presence of God in the room with me. And, you know when you first give your life to Christ, you are a radical. So, then, I would preach to strangers on the train and say “Jesus sent me to you”. Sometimes I would give my entire one month paycheck to the church; they asked for only 10%, but I would give the entire 100%. People scoffed and said “She is new in the faith, just give her another year”. And for three years, I was not intimate with a man. I didn’t kiss or have sex. Every time I hug a man it would be from the side. A lot of people can relate to that because it has happened to a lot of us but the key is to be consistent.

On not being promiscuous: Even if I was not a Christian, I was never that type of girl. I was a tomboy. My mum used to think I would be gay. I am the only girl amongst 4 siblings so I used to wear trousers to feel like I was part of the boys. I never waxed my eyebrows and I hated high heels, which I still hate till today. I was never into boys which is probably why my husband has full confidence that the big men flashing money in my face won’t faze me.

You can check out Tiwa Savage’s full interview by picking up a copy of the November 2015 issue of Genevieve Magazine.

The Christmas Songs are Pouring in! Listen to SHiiKANE’s “Come Home”