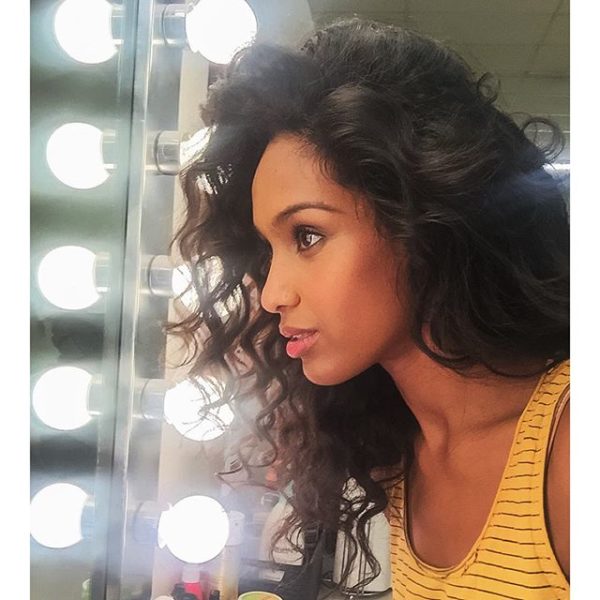 A statement which has made it way around the internet claims that men in Eritrea are being compelled to marry 2 wives by their government.

According to the statement which was written in Arabic, the highest official of religious law in Eritrea – the Grand Mufti called for all men in the country to marry at least two wives and the government assured the men that it would pay for the marriage ceremonies and houses.

According to the government, the order is because there is an acute shortage of men occasioned by causalities during the civil war with Ethiopia.

Reports claim that the document warns that any man or woman who opposes the decision will face a life sentence. 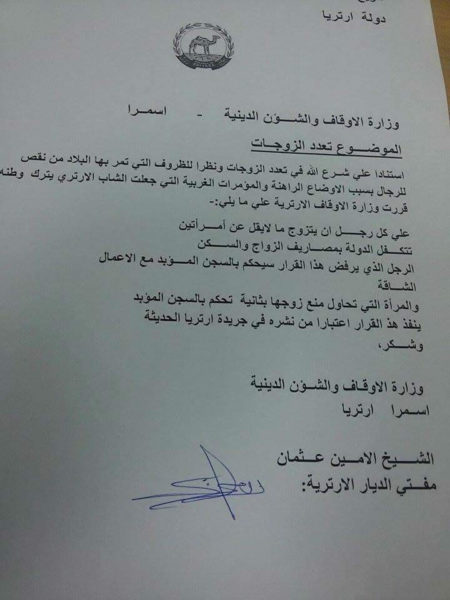 Based on the law of God in polygamy, and given the circumstances which the country is experiencing in terms of men shortage, the Eritrean department of Religious Affairs has decided on the following:

First that every man shall marry at least two women and the man who refuses to do so shall be subjected to life imprisonment with hard labour.

The woman who tries to prevent her husband from marrying another wife shall be punished to life imprisonment.

The document cannot be independently verified at this time so it could all be a hoax.