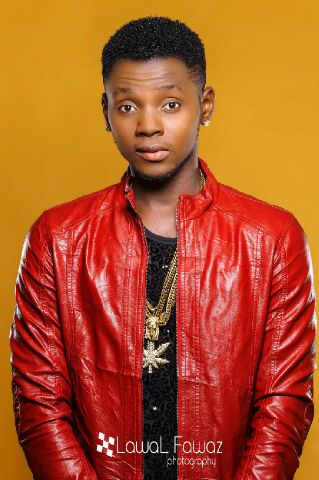 Ain’t no drama here!
Kiss Daniel who was also one of the nominees for the Headies 2015 Next Rated award which caused a feud between Olamide and Don Jazzy has released a gracious thank you letter to his fans.

Kiss tells BN “No award beats the support of my fans”

When I opened my social media accounts this morning, it was humbling for me to see that so many people believe that I deserve recognition for the work I was able to do last year by the grace of God. But like Thomas a Kempis famously wrote; “Man proposes, but God disposes”. To see that fans across different social audiences appreciate the efforts I put into making my music is one I will never look down upon, no award beats that, and I hope to be able to repay this confidence in good time.

My fans have been the most amazing source of inspiration for me, and I promise never to let you down. From the days when I was nobody in this industry, to song after song that you have helped become hits, I say God bless you for all the support. To be honest, it was quite heartbreaking to find out that I did not get the particular recognition I so much craved, but I am excited that it only means I need to work harder, and that 2016 will be a bigger year for me.

In 2015, some of the awards I won with your support include; ‘Best New Act’ at the Nigerian Entertainment Awards (NEA), Next Rated Artiste of The Year at the Extreme Awards in Benin Republic, AFRIMA Awards Most Promising Act in Africa. I also found out I was one of the top 5 Google Top Trending Nigerian Musicians. For an artiste with less than 10 songs to my name, I think this is enough for me to congratulate myself upon.

This year 2016 is going to be bigger and better; my debut album drops this year, and with the work put into it by myself, my team, and that of the artistes magnanimous enough to feature on it, I am positive that this will be the year. I also want to use this opportunity to tell the fans to look out for the forthcoming single of my label mate and brother “Sugarboy” dropping in few days from now, as we at G-Worldwide Entertainment will continue to bring you good music.

I thank you all; my fans for always supporting me, the media platforms who continue to keep me in the public’s mind, the industry seniors who have made it their job to guide and mentor, and the members of my team who work behind the scenes to make sure I keep my head level and continue to make great music. Special shoot-out to my label boss “Emperor Geezy” who continues to bring the best out of me.
I wish you all a happy New Year, and hope you have a good time in 2016.

Almost forgot, thanks to the good guys at The Guardian UK for giving me a mention in The playlist: the best African pop of 2015 ☺