Life Hacks with Toby: 6 Things You Must do When Your Boss is Wrong 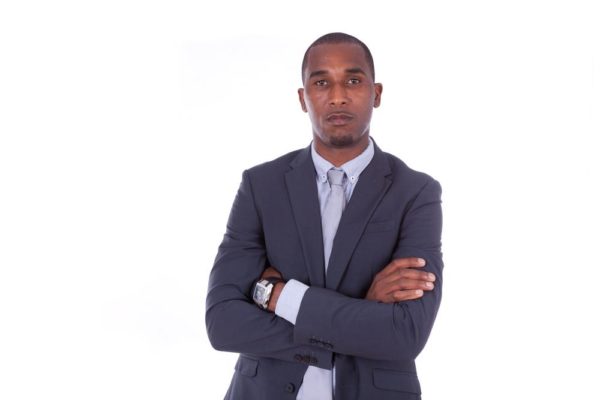 I once worked for a paint producing company a couple of years ago. My manager and I didn’t hit it off as best buddies. He was always poking his nose in my affairs and I felt really stifled.

My boss would tell me what to do and literally follow me around as I do it. Just imagine that someone told you to type a letter. Then he stands behind you, breathing on your shoulder, reading and correcting as you type. It was so annoying.

Back then, I was privileged to be in charge of production. Yet he never let me manage the company’s plants without interference and close scrutiny.

Many times he will leave his office, come into the production space with hands akimbo and just watch. I will know he has come when he starts giving unnecessary instructions or asking questions.

“Toby, itinyego acrylic?” (Have you added the acrylic?)

That was usually a distraction for me and other production staff as far as I was concerned. But then, what could I do? He was the boss.

Kpatakpata, I will say “Yes sir”, and then make frustrated faces behind him. I usually thought in this line, “Why bother asking me to perform a task if you wanted to do it yourself?”

The worst thing was always about when he made mistakes. I mean, I am a chemical engineer, while he is a business administrator. Sometimes, his instructions were totally off.

How do I correct him without hurting his feelings?  Better still, how do I get him off my back so I can focus on my responsibilities without coming across as rude, obnoxious or insubordinate?

Have you ever been in my shoes? Has your boss ever been wrong and you felt the need to step in and do the needful? Tread carefully. That moment could be very critical to your career. What you do can determine whether you will go up, down, or remain on one spot for the reeeeest of your life.

My advice, don’t take any rash action. Do these six things instead:

Don’t take things personal
Fine, I agree that your boss is simply annoying, or probably a jerk sef. But you must differentiate between a personal vendetta against you and a general wrong he probably did.

In most cases, he is not out to ‘get you’. That may just be the way he is. So don’t take things personal.

Make sure he knows you are on his side
Assuming he made some very big mistakes and his ass is on fire, make sure that he never has any reason to question your loyalty. This is a very critical time for him, and he should know that you have his back.

Don’t bad mouth him
We have already agreed that your boss is probably a jerk. Do you go off running your mouth against him?

How about giving one or two heartfelt honest opinions about how much of a jerk he is where his boss can hear you?

If you can’t find anything good to say about him, keep quiet.

Before you ever bad mouth him, make sure you have gotten another job, and gotten a wonderful recommendation from him.

If not, whatever you say against him will find a way to be used against you in the court of the future (especially when the time comes for a recommendation). Believe me, you don’t want to be in that position, it sucks big time.

Understand his point of view
According to Eleanor Chaffee, “Tact is the ability to describe others from their point of view”.

You must employ tact whenever your boss is wrong. I know you are right, but still try and see things from his perspective.

Maybe you will know best how to correct him when you understand the angle he is coming from, maybe not. Either way, being tactful pays big time.

Moreover, there are pretty good chances that he is actually right. But you can never know until you try and see things ‘with his eyes’.

Make him see your angle without showing off
If you played your cards well from the beginning, he probably respects your opinion presently. Now is the time to let him understand why you think your opinion is worth considering.

No, your duty is not to make him see that he is wrong. He is your boss, and should never be wrong, kpomkwem (QED). Your job is simply to make him see that you are equally right. Do that as tactfully as you can. Make sure you do it in private too. And while you are at it, use suggestions instead of statements.

Most importantly, point at the solution. Don’t just tell him he is wrong, show him what you think is right.

If you still have doubts about how to start, go back and make sure you understand his point of view. This will help you know how to present your argument without being seen as condescending or as a show-off.

Insure your ass, but do your job
When it comes down to it, you have to obey your boss in spite of how wrong you think he is (unless he asks you to do something totally illegal).  He is your boss and insubordination is not a trait you want to appear in the mind of someone who recommends your promotions, raises and other perks.

You can stall the action as much as you can to buy time. But in the end, you have to obey him. So do that, but make sure you cover your ass.

If possible, get him to write the instruction on paper or send it as an email. That way, if there are repercussions, his ass will be on the line, not yours.

If the action can prove to be disastrous for your organization, find a way of letting your boss’ boss know about it. You can send an anonymous email for instance to tip him off. But make sure you are 100% right before doing so.

Have you ever been in a position where your boss (or parent) is wrong? How did you handle it? Please share your experience in the comment section below.

Caleb Okereke: This Is How to Be a Man