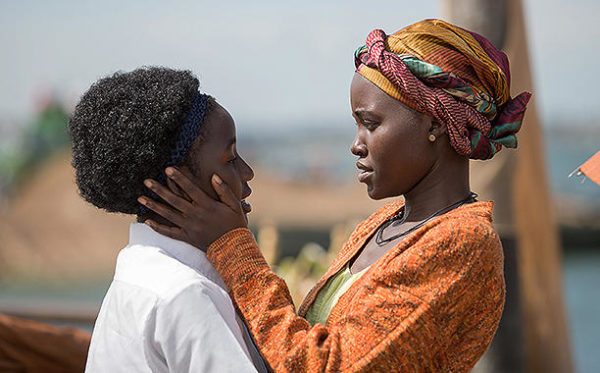 First Look at Lupita Nyong’o and Madina Nalwanga on set

We’ve got the scoop on Lupita Nyong’o’s current project.

The Kenyan Hollywood star is set to star in The Queen of Katwe, a biographical drama about a Ugandan chess prodigy. The movie is directed by Mira Nair and based on a book by Tim Crothers.

The movie stars newcomer Madina Nalwanga as Phiona Mutsei, a young girl from the slums of Kampala who chases her dream of becoming an international chess champion.

In the movie, Lupita plays the role of Phiona’s mother, and British-Nigerian Hollywood actor David Oyelowo joins the cast to play a missionary who teaches chess to local kids.

According to reports the movie was largely shot in Uganda.

Back in August Lupita expressed her delight in shooting a movie in East Africa saying “It was so great to go back home. I’m from East Africa. I’m from Kenya, which is just next door to Uganda. This is a story about the commitment to a dream even in the most discouraging of situations. The slum of Katwe is a very difficult place to live, but you see these people living there with dignity and making it day by day. And so to go there and to have that environment to work from really did sober us and enliven us.”