Are Kourtney Kardashian & Scott Disick getting back Together? 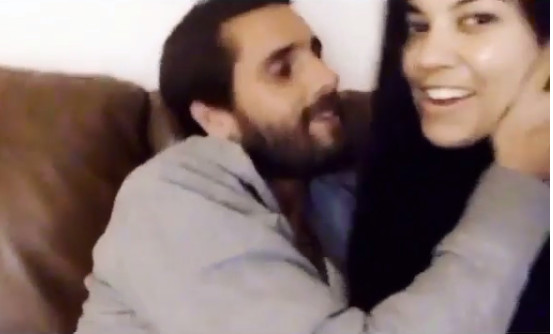 Reality TV star Kourtney Kardashian and her longtime partner Scott Disick broke up a couple of months ago in August 2015 after Scott was caught cheating. The two announced back then that it was their official separation after 3 kids and 9 years together.

Fans of the couple were not too happy about this.

Kourtney and Scott did their best to be amicable for their children but some fans continued to hope that they’d get back together.

They teased fans last night with a Snapchat video where Kourtney said “Look who it is, baby daddy Disick at the studio. I run into him today” while Scott said “So, um, we wanted you guys to hear it first,” Scott says to the camera, adding, “We are getting back together”.

They later revealed that they were only joking and will continue to be the best of friends.

Do you think they will eventually get back together?

Watch the clips below.