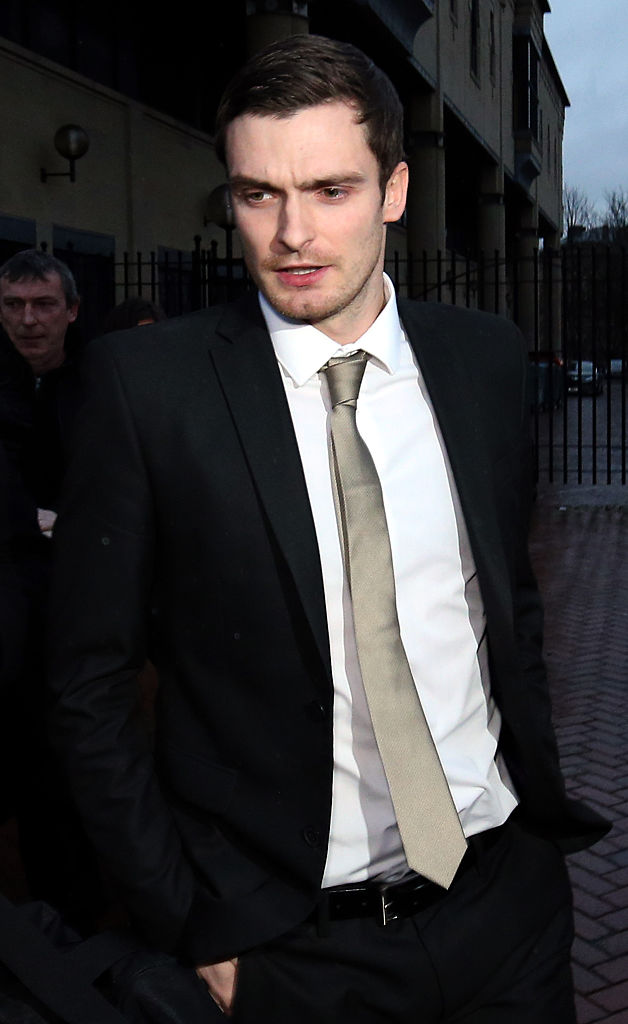 BRADFORD, ENGLAND – MARCH 02: Footballer Adam Johnson leaves Bradford Crown Court on day fourteen of the trial where he was found guilty of one count of child sexual assault charges on March 2, 2016 in Bradford, England. The former Sunderland FC midfielder, 28, from Castle Eden, County Durham, had already admitted one charge of sexual activity with a child and one charge of child grooming. (Photo by Nigel Roddis/Getty Images)

The 28-year old ex-England international has been sentenced to serve six year jail term on Thursday afternoon at Bradford Crown Court for grooming and sexual activity with a 15-year old.

He said: “She had only just turned 15 when you began grooming her, because, as you were to admit, you found her sexually attractive.”

Adam Johnson who last month admitted kissing the minor in his Range Rover in January 2015 after he had groomed her using social media app was also “engaged in frequent sexual intercourse with multiple partners” according to the Judge.

Restrictions have now been lifted that prevented it being reported that, when Johnson was arrested, police found medicines in a safe indicating he may have been suffering from sexually transmitted infections.

The shamed footballer who lost his Adidas support, and whose girlfriend reportedly broke up with him recently has been transported to spend his first night in prison.

Related Topics:adam johnson
Up Next