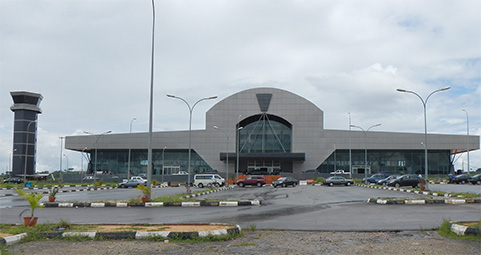 Gov. Ifeanyi Okowa of Delta State said on Wednesday that the Asaba International Airport will be closed down temporarily, when work on the runway reached an advanced stage.

The governor spoke when he inspected the ongoing construction work at the airport runway.

He expressed satisfaction on the work done, adding that the contractor would handle the work in three phases.

He said that for now, only smaller aircraft were allowed to land, because work was ongoing on one side of the runway, adding that later the contractor will move to the other side, before working on the middle.

According to him, work on the runway became necessary in order to meet the standards set by the Nigerian Civil Aviation Authority (NCAA).

“We recall that the airport was downgraded by the NCAA because the runway was not in the best of shape.

“Work on the runway is being taken in phases, it is in three phases of one kilometre on either side and the middle 1.4 kilometres.

“But when work gets to the middle, we will close down the airport within the period that it will take them to complete work on that section.

Okowa who had earlier inspected roads constrictions and drainage projects in Asaba metropolis and Okpanam Road, said rainfall would not disrupt ongoing work.

He said though there was funding challenge, the contractors have been mobilised to do their work, adding that some of the projects would be completed in April before the heavy rains set in.