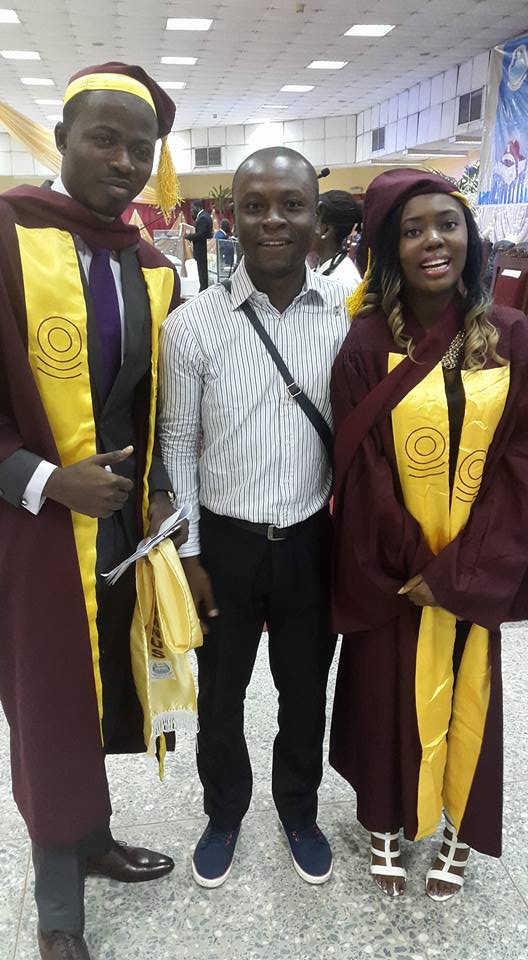 The overall best student, University of Lagos (UNILAG) for the 2014/2015 academic session, Ayodele Daniel Dada won several cash prizes adding up to over one million Naira at the convocation ceremony yesterday – March 1 2016.

The 29-year-old Psychology graduate set a record for achieving the maximum 5.0 Cumulative Grade Point Average (CGPA) in the university – meaning he got all As in all courses throughout his time at school.

Ayodele talked about companies interested in hiring him, his personal life – including not having a girlfriend, and the secrets to his success.

About the money, he won eight awards from various categories, including the Vice Chancellor’s award for the best graduating student, worth 60o,000 Naira. He also got 500,000 Naira from the UNILAG Alumni Association, presented by its National President, Dr. Sunny Kuku, a deviation from their usual amount of N100,000. 100,000 Naira was awarded to Ayodele for each grade point average.

Ayodele also gave a valedictory speech to his fellow graduates and all present, as well as shared the secrets to his success with newsmen.

Ayodele has a lot of companies interested in hiring him,

“Many companies have been requesting for my services. I won’t mention them but there are three solid offers now and I am currently on an internship with a global multinational company,” he said.

Ayodele also stayed ahead by tutoring his peers, right from his first year,

“I did private tutoring for my colleagues and my juniors while in school and they paid me for it. It was useful for me even in my own academics. I got the advantages both academically and financially,”

Ayodele looked back at the time he spent in university fondly, saying he had a balanced life filled with normal student activities like going for parties, although he remained single,

“I was a social person throughout school. I attended birthday parties, cinemas, I had so many movies on my laptop and I was sharing them with my colleagues, as I was sharing notes as well.

“I have fond memories. I was the head of my final year planning committee for dinners, symposium, and was involved in a lot of other things. But I didn’t have a girlfriend.

“I had close friends but I did not want to have to deal with a lot of things at the same time. I was working and schooling. You don’t have to be a genius to get the results of a genius. Just target excellence always. The nation needs us. We must readily take direction for our lives.”