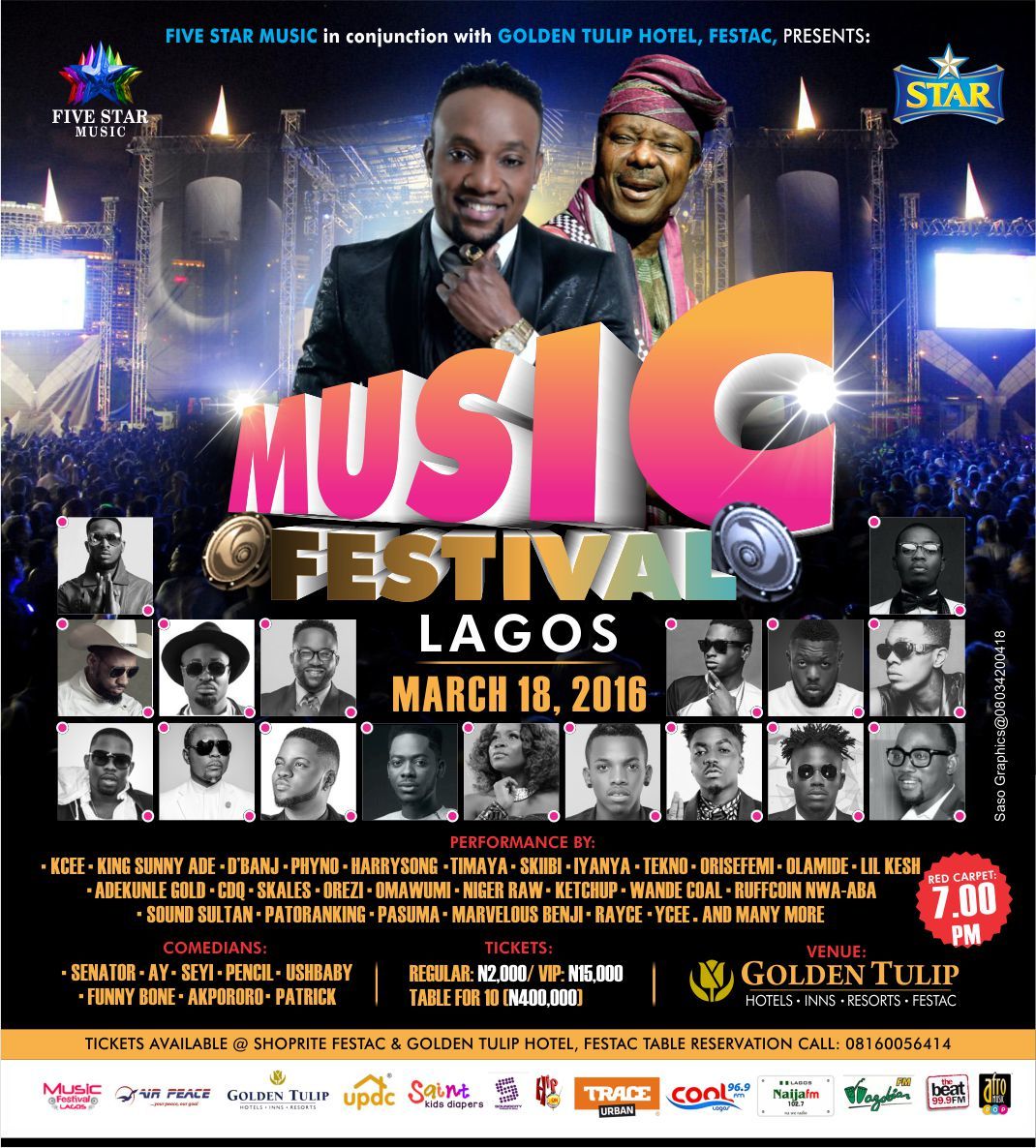 Five Star Music in collaboration with Golden Tulip Hotel, Festac is back with a bang this year with the 4th edition of Music Festival Lagos.

The 4th edition of this prestigious music event would be happening on the 18th of March 2016 at the Golden Tulip Hotel, Festac Town.

Addressing the media at the press conference which held on 1st of March 2016, the organisers and founders represented by Marcel Andeweg, General Manager – Golden Tulip; Kcee of Five Star Music; Barrister Chuka Nwokeji Esq and Entertainment Guru, Obrien Ufondu all assured the press of a better and greater 4th edition.

Also it was said that maximum security and all necessary logistics has been put in place to cater for the large number of attendees.

Asking if the festival would be moved away from Festac, Kcee stated;

“The event is rated one of the best in Nigeria which hosts over 9,000 music lovers from different parts of the country yearly.”

That’s not all, be sure to come and also laugh to jokes by comedians as AY, Patrick, Ushbebe , Funny Bone, Pencil etc…

The event hopes to create unity with both older and newer artist with the likes of Pasuma, King Sunny Ade and Marvellous Benji.

Also new and upcoming acts would be given a chance to perform after auditioning. The show promises to be an amazing and one to look forward to.