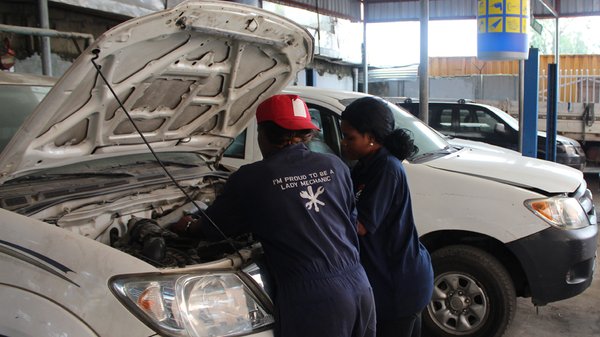 Al Jazeera‘s tweet about Nigeria’s “first female mechanic” providing a way for Nigerian women out of prostitution has many Nigerians up in arms.

Here are some replies to the salacious headline:

@AJEnglish I am a woman, I am a lawyer, I am Nigerian and I am not a prostitute.

@AJEnglish you guys need to fire the half-witted reporter that wrote this stereotypical headline. Its offensive to say the least.

@AJEnglish We have women who are Hardworking entrepreneurs, Pilots, Doctors etc and you’re here saying Prostitution, that’s an insult.

@AJEnglish even a 100 level Mass Communications student will not write a headline so tasteless & unprofessional on his first day in class!

In the news company’s story, they profile Sandra Aguebor, “Nigeria’s first female mechanic” and said she “views her country through the prism of opportunity and enterprise for women”.

Sandra grew up in a polygamous home in Benin City, Edo state, and says her mother used to beat her for playing with engines instead of doing her daily chores.

Sandra now has a ‘Lady Mechanic Initiative’ where she trains former prostitutes, orphans and other destitute females, and is quoted as saying her aim is to empower and inspire Nigerian women,

CAN President Ayo Oritsejafor enjoins all to shun Violence this Easter