The 6 Most Talked About Looks from the 2016 Africa Magic Viewers Choice Awards! #AMVCA2016

If there is one thing to look out for at the annual Africa Magic Viewer’s Choice Awards, it has to be the outfits.

Celebrities spend weeks trying to get their look right for the most anticipated night of the year and naturally, their fans talk about what they wear on social media.

Several people had a lot to say on social media about different outfits from some of Africa’s biggest celebrities, 6 looks definitely stood out as the most talked about looks. While some talked about the performances and award winners, most talked about “who wore what?” Even BellaNaijarians got involved in the gist via Instagram and our comments section.

Film director Fade Ogunro probably had THE most talked about outfit at the 2016 AMVCAs. She rocked a very risque piece from Weizdhurm Franklyn and that got people talking.

According to a lot of comments, for an African award the outfit was inappropriate. What do you think?

Another star who was the topic of the night was Kehinde Bankole who rocked a custom made piece from a Nigerian designer. The outfit had a striking resemblance to a Zuhair Murad piece that model Chanel Iman wore back in May 2015.

What do you think? Inspiration or imitation?

Music star Mo’Cheddah went with a look from her own fashion line and a number of people on Twitter felt she should have stayed true to her regular go-to designer, April by Kunbi.

We like how she went with an all-pink look and how bold the shapes are.

Veteran actress Ibinabo Fiberesima went full-on African for the night. From her hair to her fabric and more, the actress left nothing out.

Tanzanian star Elizabeth Michael left very little to the imagination in this piece. She had sheer inserts that showed off her toned body but a lot of people on social media felt the look was too much for an award show. 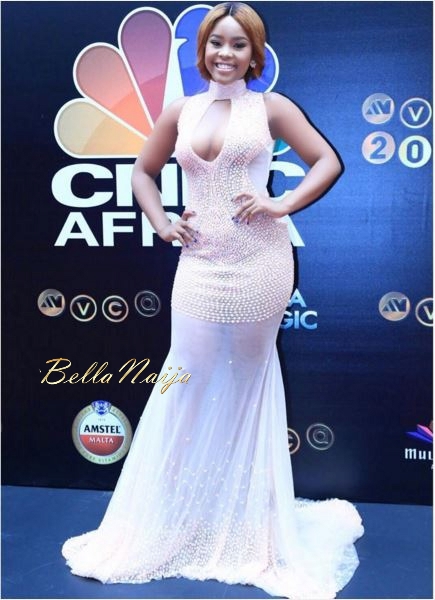 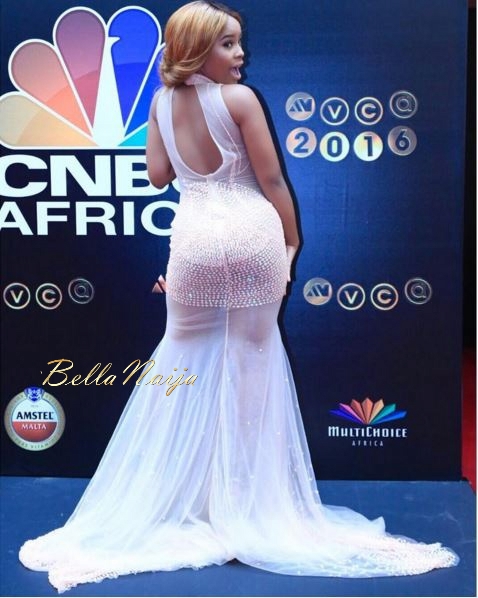 Comedianne Helen Paul‘s hair was a hot topic. The “Jara” star went with a very African look for the 2016 AMVCAs and she even added some colour to it. 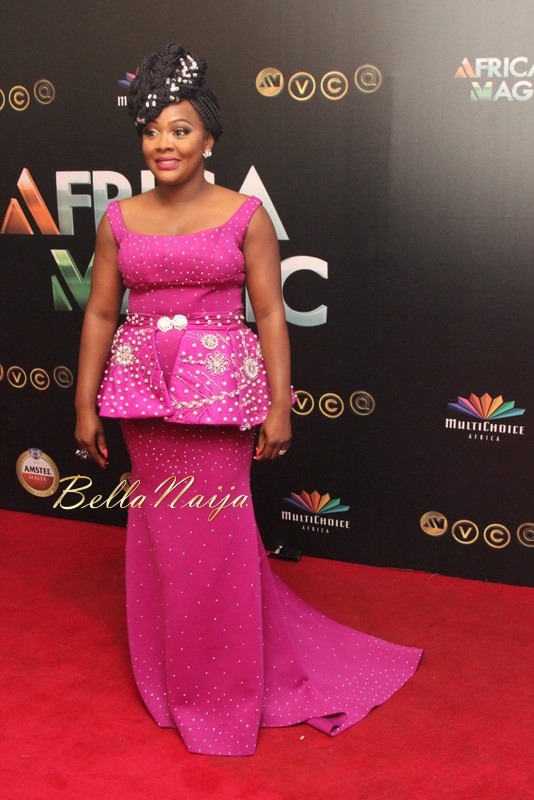