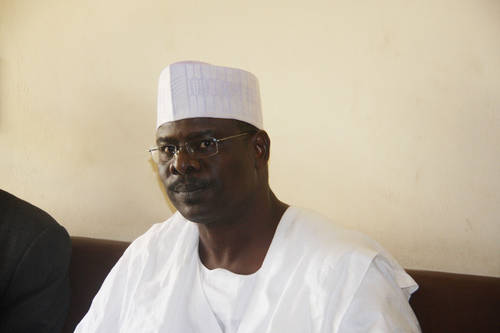 “I urge men to marry more than one wife. The first care of a woman is marriage. Men should take care of women by not just befriending them, but by going further to marry them.

The above statement was made by Nigeria’s Senate Majority leader, Senator Ali Ndume on Tuesday March 8, 2016 in the Senate Chambers.

This was after Senator Oluremi Tinubu had argued that the nation cannot move forward without the resilience and courage of women while moving a motion to mark the International Women’s Day.

The statement did not go down well with the International Federation of Women Lawyers (FIDA), who through the Country Vice President/National President of FIDA Nigeria, Inime Agume has said that the remark is “disparaging” and reduces women to “mere sex objects”.

Saying the Majority leader insinuated that the gender equality move by women can only be realized by being married. According to her, Nigeria is a signatory to Convention on the Elimination of Discrimination against Women (CEDAW), and that article 16 states that, “State parties shall take all appropriate measures to eliminate discrimination against women in all matters relating to marriage”.

In the international scene, UN Secretary General, Ban Ki-Moon has said that bias against women are being wiped out so that women can advance across new frontiers. Phumzile Mlambo-Ngcuka, UN Women Executive Director urged women all over the world to get involved in the move to wipe out assumptions and bias against women.