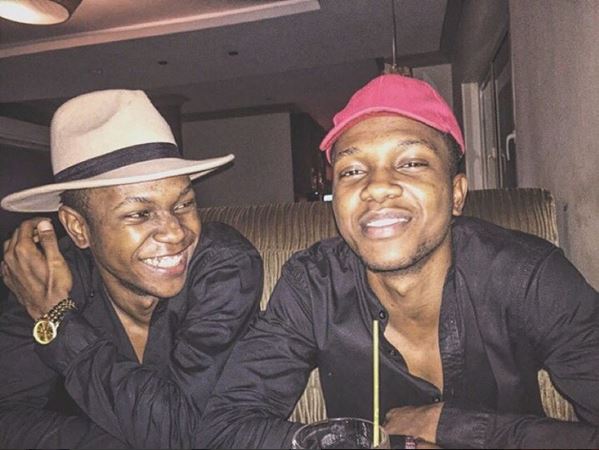 20-year old twins Blaire and Clinton Roberts were on their way to Lagos from Abuja after spending some time with their mother. Barely two hours into their journey, the vehicle which they boarded was attacked by unknown gunmen who robbed the passengers before taking the twins away.

According to reports the men who attacked them were dressed in army uniforms and the passengers thought their bus was stopped as part of  “checkpoint procedures”. The robbers went on to hit the driver, shoot the bus’ windscreen before they ordered all passengers to alight.

They were allowed to return to the bus after they were stripped of their valuables. It was not until then that they discovered that the twins did not return, and they have not been seen or heard from since then.

According to reports, the kidnappers have since called their father on the phone and made demands for a N6million ransom, which was later increased to N10million with threats to kill the boys if the ransom is not paid today.

The twins are a singing duo called DNA Twins and were contestants on Glo X Factor Season 2. They are also currently competing in “The Voice Nigeria”.

Artistes like M.I (who was a judge on the show), Dice Ailes among others have come out to plead for information needed for their safe return.

Their elder brother, Quincy first raised the alarm via Twitter.

Hi, if you’re seeing this, please retweet my next few tweets. My Lil brothers (CLINT&BLAIR) were kidnapped yesterday morning#SaveDNATwins

The driver was shot in the eye. D rest of d passengers were robbed but only my brothers were kidnapped#SaveDNATwins pic.twitter.com/7mgWi4nYFk

The kidnappers called us demanding for a ransom of N6Million, but as at yesterday morning, they increased it to N10Million.#SaveDNATwins

We cant come up with such an amount at this time,so we urge nigerians to report to the nearest police station if you got info#SaveDNATwins

We put these pictures up because d transport company(EKESONS)denied that the boys were left behind after the rescue team came.#SaveDNATwins

So this is proof enough to whom it may concern and other passengers confirmed the twins were taken.#SaveDNATwinspic.twitter.com/PtmliqbhSI

Then M.I joined in to spread the word:

Watch them on Glo X-Factor below.