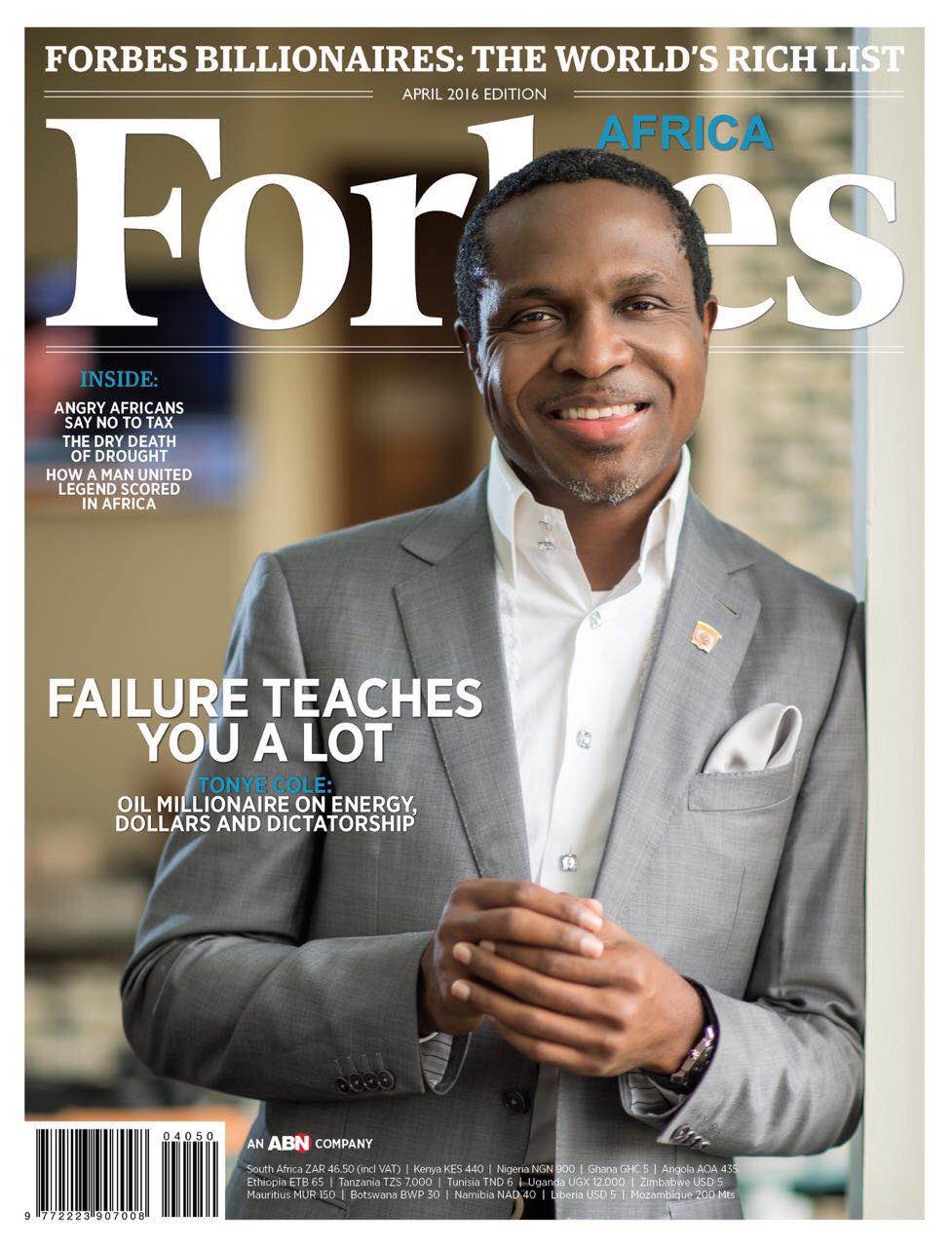 In the exclusive interview with Forbes Africa Correspondent for West Africa, Peace Hyde, Tonye Cole shares his journey overcoming bankruptcy as a young man to establishing the leading indigenous oil conglomerate, Sahara Group. The company celebrates its 20th anniversary, which has seen it establish the corporate social responsibility arm, Sahara Foundation impacting lives all over Africa.

Sahara Group’s strategy is to replicate its successes in Oil and Gas sector in the Energy & Infrastructure sector. To achieve this, Sahara has set out a roadmap for investing in people, processes, strategic acquisitions, principal investments and continuous expansion within, initially, the West African energy & infrastructure space, and then globally.

Watch the exciting behind the scenes below and pick up your latest copy of Forbes Africa Magazine and read his story.

The Change Nigerians Voted For is Real – Lai Mohammed