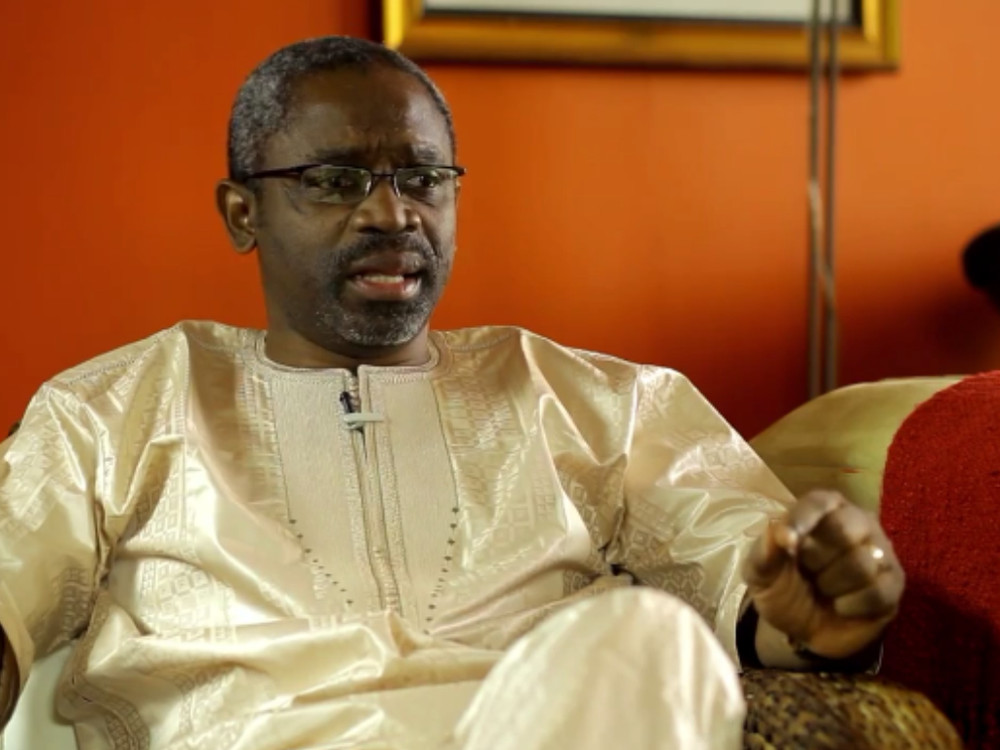 The letter, according to Vanguard read:

My attention has been drawn to a letter written to you by a Governor of one of the states of the Nigerian nation, wherein the said Governor purported to speak on behalf of the Nigerian people, describing himself as a stake holder in the Nigerian “project”.

Ordinarily I would not join issues with the Governor but as the Leader of the House of Representatives, I am saddled with the responsibility of driving all government business and policies in the House. It is therefore incumbent upon me to set the records straight, though I am sure the letter written to you by the Governor will probably receive little (if any) attention from your high office, assuming it even gets to you.

Mr President, Nigeria as you well know is not a project as erroneously described by the Governor but a nation like all others in the comity of nations. It is also a federal republic operating under the principles of administrative and fiscal federalism. As such like most democracies with a federal structure, Nigeria operates a three tier government and adheres to the principle of separation of powers which is both vertical and horizontal. Horizontal between the Executive, Legislative and Judicial branches and vertical between the Federal, State and Local governments. To this extent, it is a clear affront on our constitution and “ultra vires” his mandate for a governor of a federating state to delve into any matter outside his state, particularly as it concerns international agreements between two sovereign nations.

The duties and responsibilities of a governor are clearly spelt out in the Nigerian Constitution and they do not include negotiating loans on behalf of the country nor do they extend to foreign affairs or economic diplomacy. Indeed the Seventh Schedule to the Constitution of our Republic contains the oath of office sworn to by the governor of a state in assumption of office and it states: “….that I will exercise the authority vested in me as Governor so as not to impede or prejudice the authority lawfully vested in the President of the Federal Republic of Nigeria.”

Therefore a governor who overreaches himself and acts outside his constitutional mandate can at best be described legally as a meddlesome interloper. Mr. President, perhaps our governor is not fully seized of the way budgeting works at the federal level. The Federal Government of Nigeria has a 3 year budget rolling plan captured under a Medium Term Expenditure Framework. The MTEF 2016- 2018 has a borrowing component in which the legislature approved for the President to incur both domestic and foreign loans for the purposes of infrastructural development and deficit financing. This MTEF was passed unanimously, by the National Assembly including the 6 House Members and 3 Senators from Ekiti, the governor’s state. I am therefore dismayed as are many members of the National Assembly that the governor would claim that the loan sought from your government did not have parliamentary imprimatur. It is also a fallacy that the country’s debt is being financed with 25 percent of the Federal Governments annual budget as there is something in economic and legislative borrowing parlance called nominal debt service where a portion of borrowed monies in this case about N1.3trillion stays within the country’s financial system. Such are the intricacies of national debts, aids and loans.

Surprisingly, the governor refers to a 2 billion dollar loan as opposed to a 6 billion dollar investment package. This betrays the fact that he is not fully seized of the facts of the transaction between our two countries. Mr President I am unaware of the western nations that turned Nigeria’s requests down for a loan as claimed by the governor. As you are probably aware transacting business with China was a strategic and economic decision on the part of the Nigerian Government, which will be of mutual benefit to our two countries. Such symbiotic relationships are the kind of relationships for responsible governments embrace. The people of Nigeria overwhelmingly elected President Muhammed Buhari to make such strategic decisions for them and on their behalf not any state governor.

Finally Mr President, yes we are a democratic nation and yes citizens do have a right to freedom of expression (though not absolute), however this letter to you by an opposition governor is a new low in opposition politics. I am not aware of any instance in modern day contemporary politics when an opposition governor went outside the shores of his country to oppose the efforts of a Head of the State and gleefully attempt to denigrate his President and country in the name of opposition. On the contrary what nations do in times of crisis (in this case economic crisis) and history is replete with this, is to pull together as a nation in the “national interest”. As a former Leader of the opposition in the House of Representatives, for 8 years, my politics though passionate was girded with decency and I conducted myself within the ambit of our constitution. What the state governor has done amounts to attempted economic sabotage and subversion. I ask therefore that you excuse the vituperation and exuberance of the governor as just that.