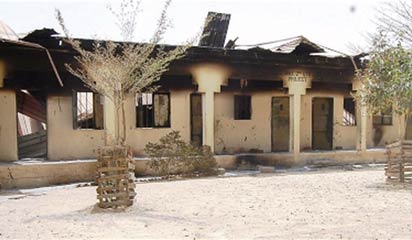 The UN Resident and Humanitarian Coordinator, Fatma Samoura, made the disclosure on Thursday in Maiduguri during a courtesy visit to Gov Kashim Shettima of Borno state. Samoura, who is also a UN Development Programme (UNDP) Resident Representative said the UN was scaling up its presence in Borno and other North Eastern states ravaged by the insurgency.

Samoura said, “Yesterday, we had a long discussion with the World Bank team that came from Washington to attend the workshop. The workshop is for validating the year findings of the recovery and peace-building assessment. They have promised to leverage 800 million dollars (N159.2 billion) for the North East to respond to recovery, rehabilitation, de-mining, waste management and debris processing”

Responding, Gov Shettima commended the efforts of the UN and President Buhari, while calling for more support for victims of the Boko Haram menace.

“It is in the interest of humanity to rally round Nigeria over Boko Haram. The developed world gave Turkey two billion dollars to resettle refugees from Syria. There are about two million IDPs from Borno and 20 Local Government Areas were overran by Boko Haram and there is food crisis now in the state.” he said.

Are You a Fashion Entrepreneur? Then the Rookie Entrepreneur Program is right where you need to be!