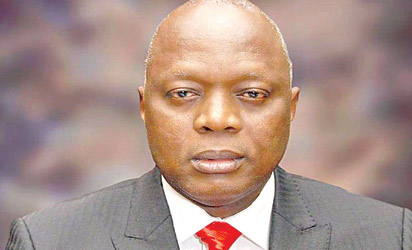 The deputy Governor of Edo state Dr. Pius Odubu has been reported to have escaped assassination by gunmen who opened fire on him and his entourage in Auchi, Etsako West Local Government Area of the state.

Odubu and Governor Adams Oshiomhole have been rumoured to have been at loggerheads because he (Odubu) declared his intention to contest the gubernatorial election in the state, and Oshiomhole is in support of the Chairman of the Economic Team of the state government Godwin Obaseki. Odubu was even accused of contracting a Native Doctor to kill the governor, which he denied. Click here if you missed it.

According to PUNCH, Odubu was expected to meet with party delegates from the area but met the secretariat locked. Some angry delegates later forced the gate open to enable the deputy governor meet with them.

PUNCH also reported that according to a source, the deputy governor was attacked while meeting with the delegates but was not injured. “No, he was not injured but two our security men were injured. It was in Etsako West, in Auchi. We ran for our dear lives. They injured a policeman, an SSS operative and three civilians and destroyed canopies. We learnt that they were paid N1m to carry out the attack,” the source said.

Efforts by PUNCH to reach Police Public Relations Officer, Osifo Abiodun and the Chief Press Secretary to the Deputy Governor, Kelly Odaro, were not successful.