Ever wondered about ancient Yoruba traditional religion? Read on…

The Ooni of Ife, His Imperial Majesty, Ooni Adeyeye Ogunwusi Ojaja II has described the ancient shrine of Olokun in Ile Ife as one of the greatest mysteries of God.

Ooni Ogunwusi accompanied by his queen Yeyeluwa Wuraola Ogunwusi stated this at the just concluded annual Olokun Traditional Festival held at the shrine located on Olokun street, Oke-Atan area of Ile-Ife globally accepted to be the cradle of Yoruba race. He explained Olokun as one of the 401 deities sent by Olodumare to occupy the pre-genesis esoteric world and Oduduwa’s stupendously rich wife was and still remains the goddess of the ocean that must be showcased to the world for the establishment of truth about the creation of mankind and tourist-economic potentials.

“In the beginning before the creation of man, God had sent 401 of his angels with different assignments unto the earth to form the very first society called pre-genesis world also known as IFE OODAYE.
Olokun was among the angels who are today Yoruba across the world, she was assigned to function as the goddess of the sea, she lived both spiritually and physically as a very wealthy wife of Oduduwa who was the god of prayers. God created both the heaven and the earth which included the oceans in His mysterious way, the ocean as one of His greatest mystery, which is the revelation of His spirit via “Olokun” which literarily means “the one who owns the sea” or the “goddess of the sea”.

Ooni Ogunwusi also said that God almighty left different signs in Ile-Ife to confirm our belief that the town is the source of all creation with the Olokun shrine where the mysterious Olokun well is located from where she transformed into the Oceans as one of the esoteric sings we see today that must be globally celebrated. 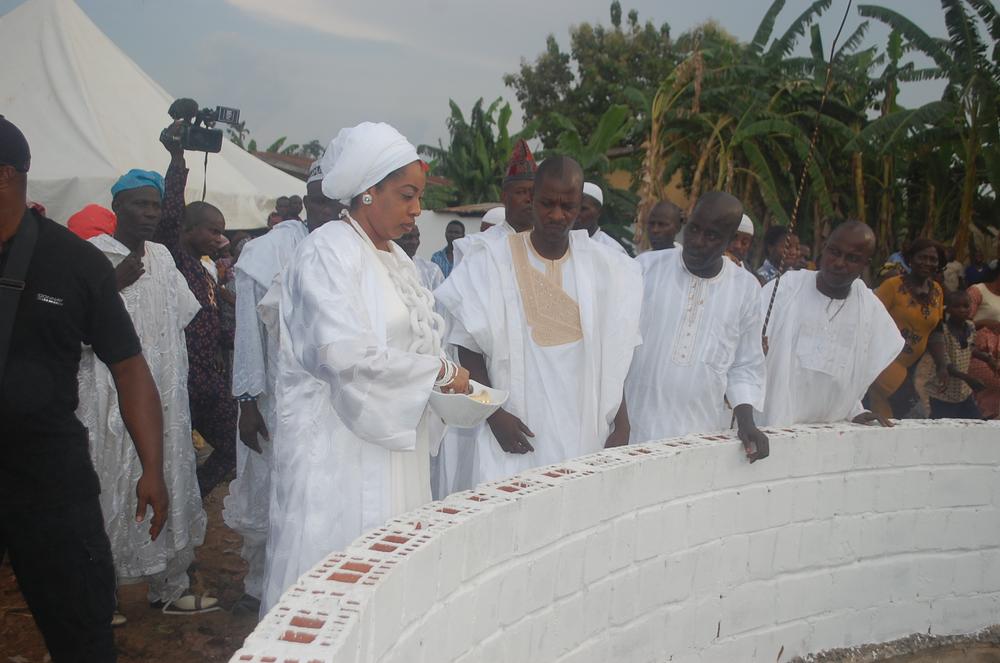 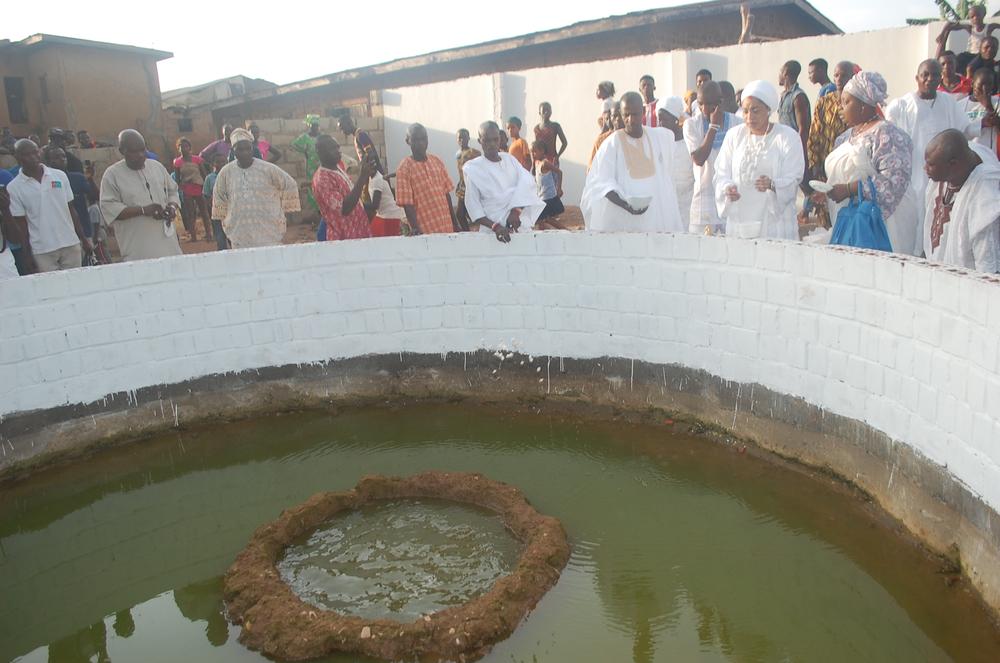 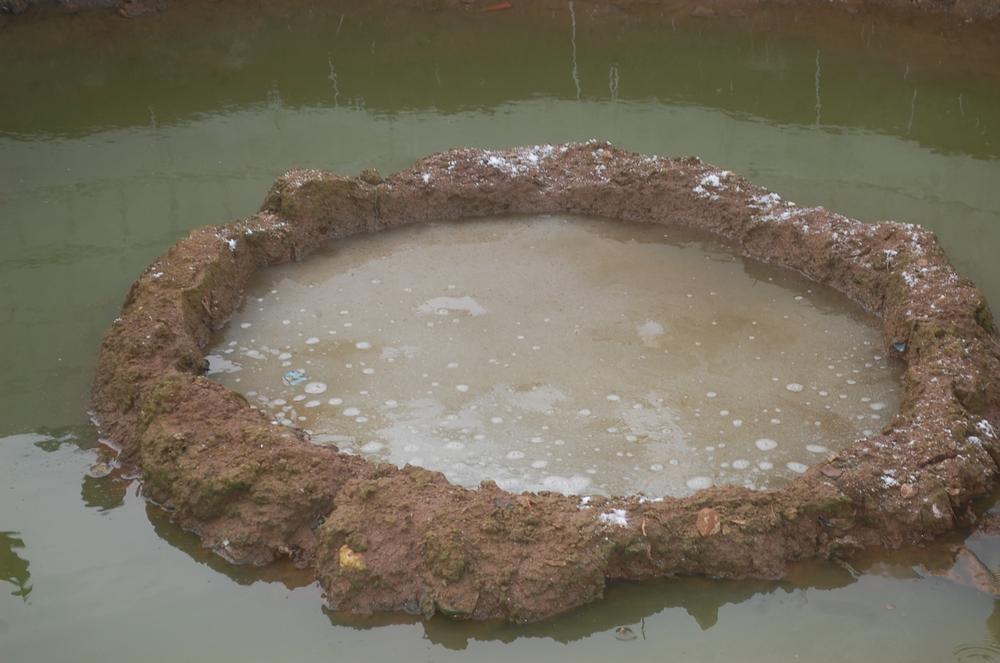 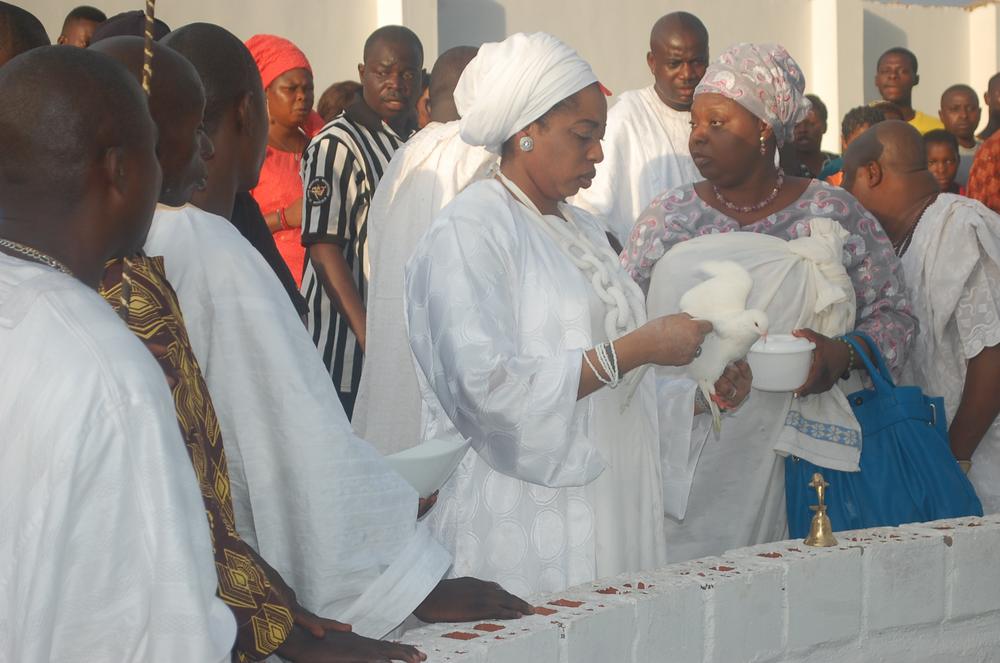 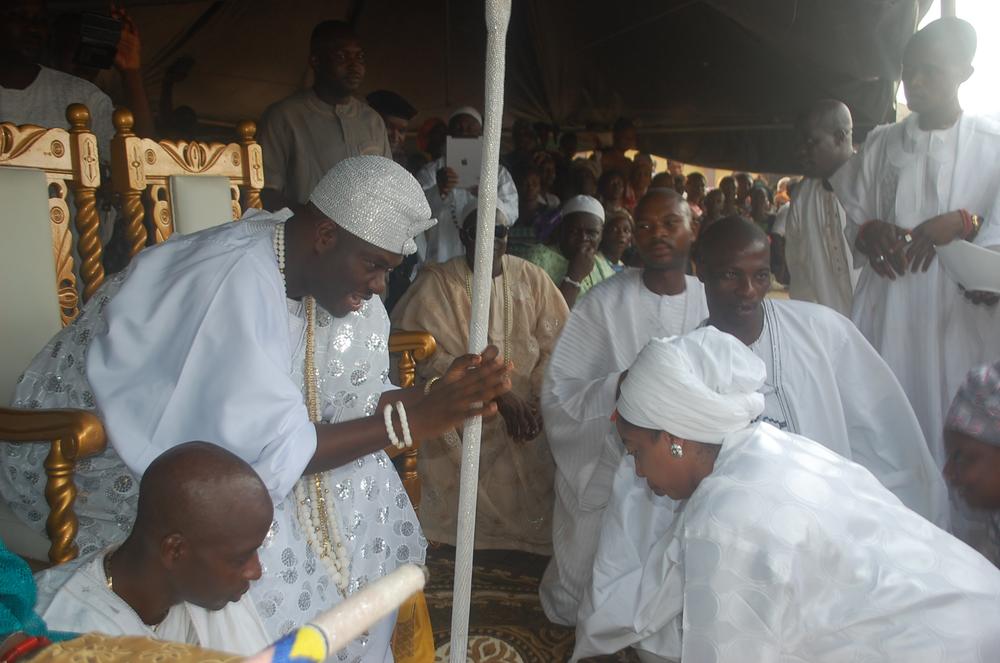 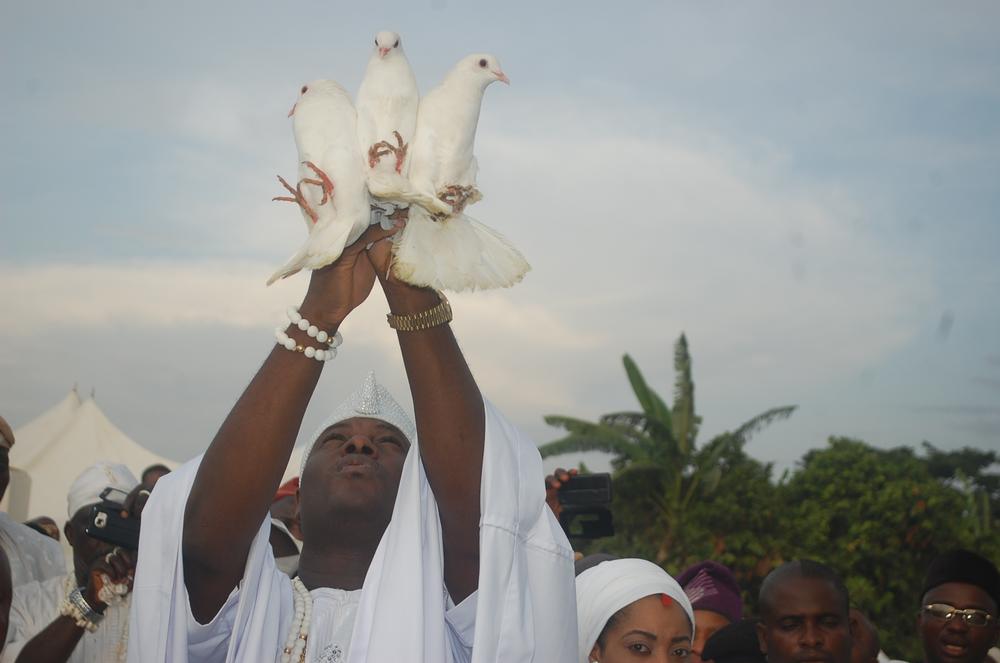 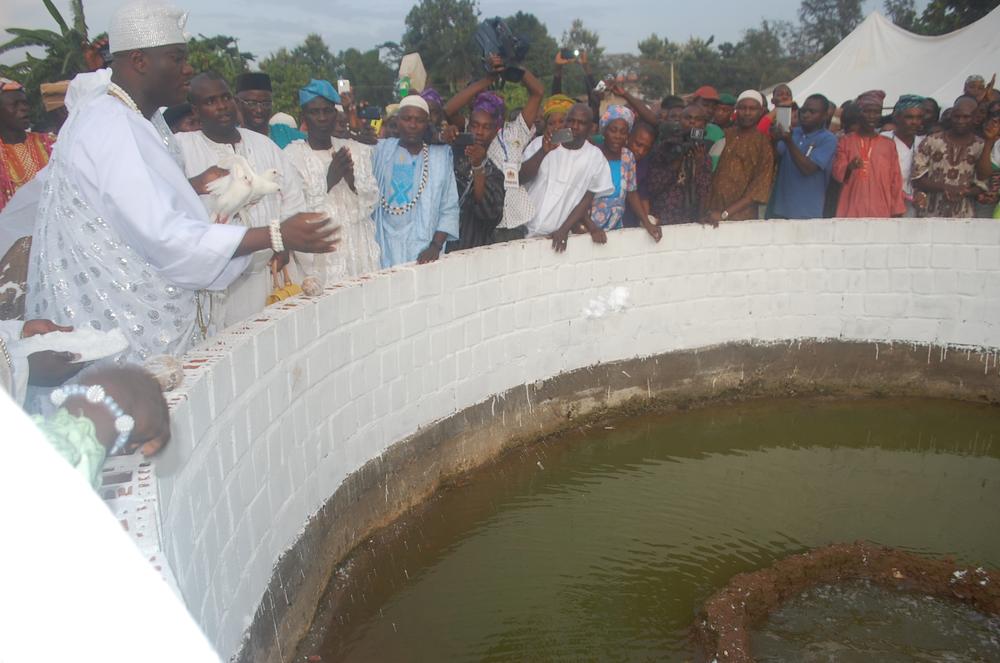 The event also witnessed by all the kingmakers and other Chiefs was climaxed with the special prayers offered by the Monarch and his wife by the side of the mysterious WELL for peace, and progress of Ife and the black race to the admiration thousands of people in attendance at the festival.

Related Topics:Ooni of Ife
Up Next