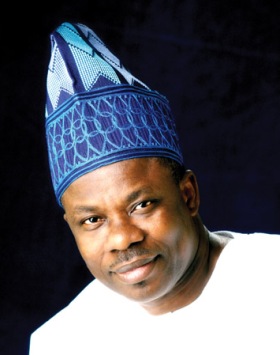 The German Government has committed 3 Million Euros to assist Ogun Government in developing its agricultural and construction sectors through demand-oriented vocational training programme.

The Programme Head, Horst Bauernfeind, made this known in Abeokuta on Sunday at a news conference.

He added that the gesture was part of an ongoing development cooperation between Nigeria and Germany, based on a 1974 bilateral agreement signed by the two countries.

The German explained that the programme, which would run concurrently in Ogun and Plateau for two years, was already at the pilot stage in the two states.

He noted that the objective of the programme was to enhance the employability of young Nigerians through skill acquisition made possible by demand-oriented vocational training.

The GIZ official, who said that the programme would start with the construction sector, noted that it would offer training in vocations like bricklaying, plumbing, wielding, carpentry and electrical installations.

“My team had already embarked on assessment tour of vocational centres and technical colleges in Ogun State to identify possible gaps and areas of needs. We have also organised a workshop on vocational skills development for the construction industry to aggregate the demands of the stakeholders and develop a programme strategy,” he said.

Bauernfeind said the programme would focus on improving the personnel and professional capacities of selected training providers to design and implement labour market relevant vocational training.

He said that they also intended to strengthen the role of the private sector in the Technical Vocational Education and Training (TVET).

“We also aim at improving the quality of in-company training and learning at the work places of Small and Medium Enterprises (SMEs),” he said.

The National TVET expert for Ogun, Ibrahim Aliyu, who said that GIZ would provide soft tools, added that other major equipment would be supplied by the host state.

He called for support from the government, the private sector and the members of the public, saying that “the project is a joint task”.

Hafsat Abiola-Castelo, the Special Assistant to Governor Ibikunle Amosun on Trade and Investment, pledged government’s support for the programme.

She said many states in the country had for a long time focused on formal education at the expense of skilled vocational training, which she said the country needed to grow its economy.

“There is a gap between what we need and what is available. The jobs are there but we lack the requisite skill to fill the vacancies and that is why we import labour from other countries every year, while our young ones waste away. The trend has to stop because it has restricted opportunities from the youths and has continued to breed insecurity in our societies,” she said.

Abiola-Castelo, who acknowledged the dwindling financial resources of the state, said that the government would involve the private sector in the provision of the necessary hardware for the training.

“We can no longer afford to distance the private sector from vocational education because they stand to benefit from its funding if they must reduce their budget on training and provision of security,” she said.