It's an Afrobeats Takeover! Wizkid Helps Drake Score His 1st Ever Billboard #Hot100 No. 1 Hit as a Lead Artist with 'One Dance' 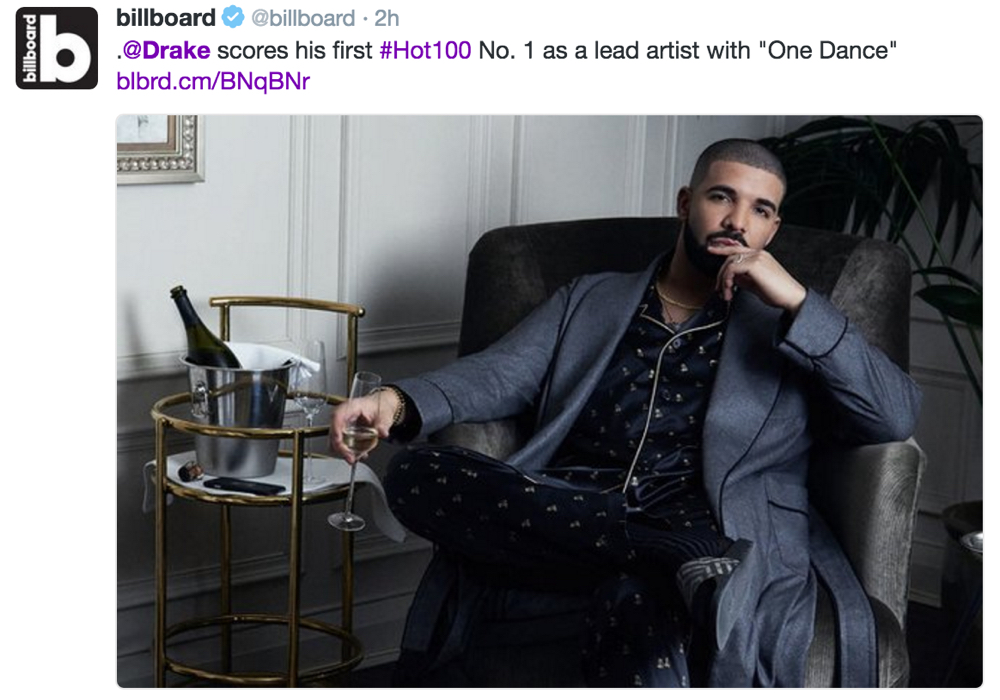 Drake just landed his first ever No. 1 track as a lead artist on the Billboard Top 100 charts. One Dance featuring Wizkid and Kyla just topped the charts.

Drake celebrates his first No. 1 as a lead artist on the Billboard Hot 100(dated May 21), as “One Dance,” featuring WizKid and Kyla, climbs 2-1.

The track is from his new album, Views, which, as previously reported, debuts at No. 1 on the Billboard 200 with his best sales week and a record-setting weekly streaming total.

For Wizkid this is a ‘double double’ feat – he’s the first Nigerian artiste on the Billboard charts and also the first to be number one.

What next? Well we cannot wait to see the video!